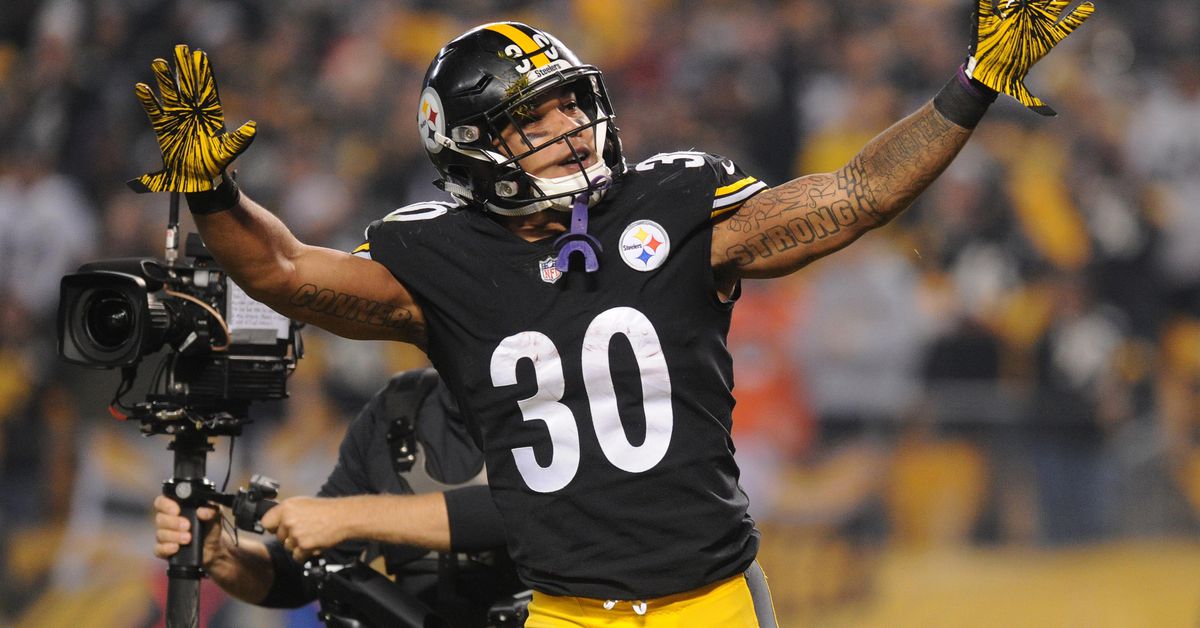 Welcome to the most comprehensive Pittsburgh Steelers Game Day Preview on the internet! NGSC Sports is where you come to find everything you need to know about the Steelers and their upcoming opponent! Mike Drakulich (@SportsNationPGH) brings you inside the huddle for both teams, providing all fans with a game story, Steelers Path to Success, score prediction, game information, a detailed breakdown of each team, individual stats, team stats, and team injury reports. Heck, you’ll even know the weather at kickoff! The only thing you’re missing is a game uniform!

STEELERS MUST FIND THEIR IDENTITY AS SEASON NEARS MIDPOINT

Six games into the 2019 season the Pittsburgh Steelers sit at 2-4. Not counting Ben Roethlisberger and Stephon Tuitt, the team is slowly getting back to full health, as just about everyone should be ready to play come kickoff this Monday night against the winless Miami Dolphins.

The defense is playing superb right now. Losing Tuitt hurts, no doubt, but this team has some excellent depth. With Tuitt out, you may see the Steelers alter their defensive game-plan a little bit, perhaps bringing back the good ole days of Blitzburgh to keep opposing offenses on their toes.

This is a championship caliber defense since acquiring Minkah Fitzpatrick, who really was the glue that brought this whole defense together.

It’s the offense that is holding this team back from contending for a playoff spot, or perhaps even a shot at the AFC North crown.

There is still time left to make the corrections needed to be successful.

Everyone realizes that Mason Rudolph isn’t Ben Roethlisberger. Heck, there are 32 teams in the NFL and only a few have a player that are comparable to the future Hall of Fame quarterback.

Rudolph is the QB for the rest of the season if he stays healthy. He may be the heir apparent to the throne once Big Ben retires.

With 10 games remaining, it past time we all see what talents Rudolph possesses and how good of leader and quarterback he can be.

In other words, Steelers head coach Mike Tomlin and offensive coordinator Randy Fichtner need to take the shackles off of their young signal caller.

If you’re going down, go down fighting, Go down giving everything you have.

This is an offense that needs to open up it’s passing game to include it’s receivers catching passes downfield. It’s also time to see the return of some  physical, in your face Steelers football, and that means establishing a rushing attack, and pounding the ball down opposing defense’s throats.

Let’s take a look at the undefeated San Francisco 49ers…

Jimmy Garoppolo has thrown for 1,314 yards in six games, compared to Rudolph having 646 passing yards in basically three games, as he played only half of the Seattle and Baltimore games.

Despite playing in three fewer games, Rudolph has the same amount of touchdowns (7) as Garolppolo does, and four less interceptions.

Both teams have great defenses.

The key difference is the running games, where Pittsburgh is only averaging 76.5 yards per game, while the 49ers are gaining 172.7 yards per game.

Matt Breida, Tevin Coleman, and Ryan Mostert as good… but they aren’t THAT good. There isn’t a reason on earth why James Conner, Jaylen Samuels, and Benny Snell, especially with the returning services of fullback Rosie Nix, can’t get those rushing totals up to around 125 yards per game or more.

It takes both a mental and physical commitment by both the offensive line and the backs to pound the ball with success. It’s about looking across the line and telling the opposing defense that, “We’re coming for you. Try and stop us.”

There is no more demoralizing type of football than having the other team move the ball at will on the ground.

This also allows the passing game to open up, especially in the middle and crossing routes, where it’s time to see the reemergence of Vance McDonald to the fold as well.

Right now, Pittsburgh rank 28th in total offense gaining just a paltry 276.5 yards per game. They are averaging just 20.5 points per game, which is 21st in the NFL.

They have zero carries gaining more than 23 yards and just 14 receptions of at least 20 yards, which ranks 30th.

Enough is enough. It’s way past the time let’s see what this offense is capable of when this coaching staff stops playing conservatively.

Rudolph is ready to get back under center, and not soon enough.

“From going through that first full practice with the (starters), I don’t think I’ve missed much,” Rudolph said. “I don’t think I’ve skipped a beat. I think we’re really starting to gel well as an offense, and I’m looking forward to Monday.”

Will Rudolph have any fears of stepping up in the pocket after the brutal hit he took vs the Ravens?

“No,” said Rudolph with a laugh. “My dad’s a linebacker, my brother’s a defensive end – a lot of times I wish I could have more contact in the game because I truly love it. That’s kind of the backyard player that I am. So I’m not going to be gun shy at all. If anything, I’ll be seeking it out, contact, earlier in the game to get the rust back and know what it feels like to get hit.”

Now it’s time to get back to business and take down the Dolphins.

“It’s over now,” Rudolph said of his concussion experience. “It’s behind me. I’m ready to play football.”

Play time is over. The Steelers defense is playing great and now it’s time for the offense to join the party.

If there was ever a time for the Pittsburgh offense to open it up, it’s going to be on Monday night at Heinz Field when the hapless Miami Dolphins visit the Steel City.

The Fish are giving up over 35 points per game.

Everyone knows that the defense will be bringing the heat against Ryan Fitzpatrick, hopefully forcing him into giving up a few juicy turnovers.

With Mason Rudolph returning to action, it would be nice to see the Steelers coaches open up the offense and start playing aggressive again.

It’s not a difficult game-plan this week. Continue to play fast and physical on defense. With the way this squad has been playing, they should be able to generate multiple turnovers and give the offense some extra chances, hopefully on short fields.

That said, it’s time to let Rudolph find his groove throwing past five yards. There are these weapons called “wide receivers” that really come in handy, especially downfield, when you want to get some big gains on offense. I’m sure the RB’s are appreciative of the extra touches out of the backfield, and they are a commodity as a check-down, but that group should get plenty of work carrying the ball with some vigor, and finally showing a semblance of a running game, you know, a Steelers staple since like, forever.

Weather at Kickoff: A mostly clear sky at night. Low: 56°.

Steelers are 14-13 overall vs Dolphins

The 2nd year gunslinger out of Oklahoma State takes over for the injured Ben Roethlisberger but has yet to be fully unleashed by the coaching staff.

Not off to his best start. Conner needs to get back to power football and secure the ball.

Dynamic player who can play several positions. Dangerous as a pass-catcher out of the backfield.

Talented rookie whose makes the most of every reception. Blessed with wicked moves in open space.

He was expected to be the #2 receiver, but had five drops in the first two games.

Fitzpatrick wings it no matter what. Turnover machine.

Walton has taken over as the Dolphins best back the past few weeks.

Drake has talent but is stuck on a bad team. Dangerous out of the backfield catching passes.

Williams has been the Dolphin’s best receiver so far this year.

Has been quiet, but picking up his game with Fitzpatrick at the helm.

Great talent… Dolphins finally noticing this the past few weeks.

As bad as it gets…. giving up 417.3 total yards per game and allowing over 35 points per game to their opponents.