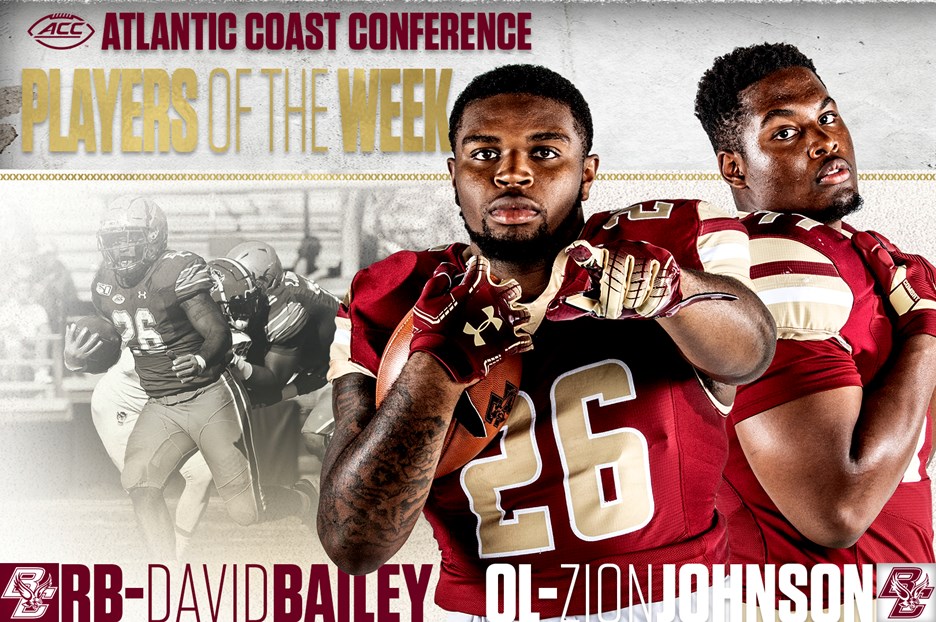 Bailey had the best performance of his young career with 181 rushing yards in BC’s 45-24 win over NC State. Bailey scored on touchdown runs of 54 and 48 yards and averaged an astounding 11.3 yards per carry.

The 182 yards were a career-high for Bailey and the 54-yard run was the longest of his career.

Johnson made his first career start and was dominant for BC. He graded out as the team’s top offensive lineman (94 percent) and totaled six knockdown blocks. He also did not allow any QB hurries in pass protection for the Eagles.

The offensive line did an extraordinary job this week. The BC O-line combined to allow zero pressures of any kind on 16 pass plays while leading the way for a 400+ yard rushing performance on the ground.

Johnson and the BC O-line led the way as the BC rushing attack ran for 429 yards against the nation’s No. 5 rushing defense. NC State allowed just 400 rushing yards the entire season before yesterday’s explosion from BC.