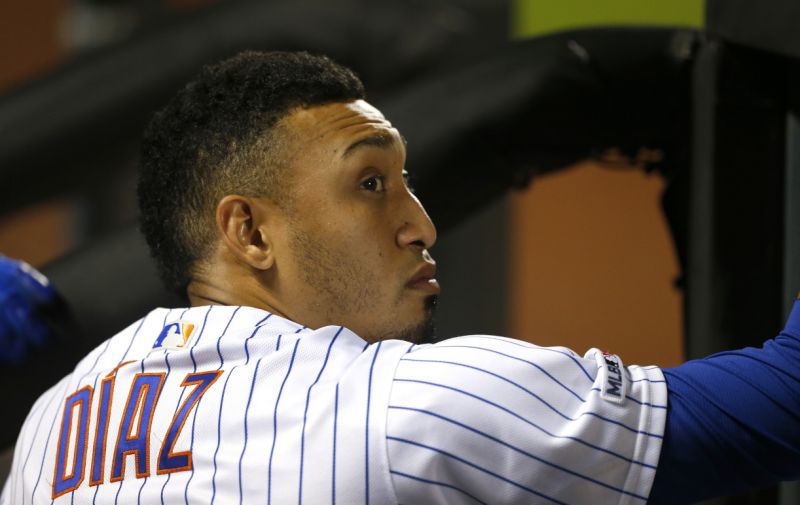 The last week in MLB was about a team in the National League making history in the worst way possible, a reliever is placed on the injured list, and an outfielder joins a very exclusive group.

The New York Mets suffered a brutal loss several days ago against the Washington Nationals.

The bottom of the 9th began with the Mets holding a 10-4 lead.

It ended with this. pic.twitter.com/K2AoOt7B5b

The Mets blew a six-run lead in the ninth inning as the Nationals won the game by a score of 11-10.

The Mets made history with the bullpen imploding in the last inning, as it was the first time in their franchise, they lost a game when leading by six or more runs in the ninth inning or later, per Cut4.

They had an 806-0 record when carrying that type of lead going into the ninth inning or later.

The Nationals made some history as well as it was the first time the Expos/Nationals have won a game in which they trailed by six or more runs in the ninth inning or later, per ESPN Stats & Info.

Tonight's 11-10 loss to the Nationals was the first time the Mets lost a game in which they had a lead of 6+ runs in the 9th inning or later.

It is also the first time the Expos/Nationals have won a game in which they trailed by 6+ in the 9th inning or later. pic.twitter.com/CFWqweFtPH

The Nats became the first team to allow five or more runs in the top of the ninth inning only to score even more runs in the bottom half to walk off since the Boston Red Sox on June 18, 1961, against the Washington Senators, per Stats By STATS.

They are the 1st team to allow 5+ runs in the top of the 9th only to score even more runs in the bottom half to walk off since the Red Sox on 6/18/1961 vs. Washington.

The interesting part about the ninth inning is the Mets recorded only one out and three different relievers failed to get the job done in what should have been a win for the Mets.

The bullpen was a problem for the Mets earlier in the year, and with every game at this point in the season carrying more weight, they can’t have a similar performance in the final month of the season.

The Chicago Cubs have placed reliever Craig Kimbrel on the injured list with right elbow inflammation, per a team announcement.

INF David Bote was recalled from @IowaCubs and catcher Taylor Davis was optioned to Triple-A. pic.twitter.com/z0dfWSUPyW

Kimbrel had some discomfort in his appearance last weekend against the Milwaukee Brewers.

The Cubs signed Kimbrel to a deal in June to strengthen their bullpen.

The closer has mixed results with his new team, as indicated by converting 13 out of 15 saves but has compiled a 5.68 ERA in 19 innings (21 games) with 26 strikeouts, 11 walks issued, and six home runs yielded.

The right-hander being placed on the injured list comes at a wrong time when the team is fighting for an MLB playoff spot, and hopefully, he won’t be sidelined too long.

Atlanta Braves outfielder Ronald Acuna Jr. made history several days ago by hitting his 37th home run of the season against the Washington Nationals.

The home run allowed Acuna to join a very exclusive group, as only three other players have hit more home runs than Acuna in a season before turning 22 years old.

Ronald Acuña Jr. has gone deep for the 37th time this season. Only 3 players have ever hit more HR in a season before turning 22 years old.

Those three players are enshrined in Cooperstown.

Acuna is having a superb 2019 season for the Braves as indicated by his .281 batting average and .875 OPS in 142 games with 19 doubles, two triples, 93 RBIs and leading the National League with 34 stolen bases.

The exciting aspect of the year for Acuna is he has a high chance of having a 40-40 season, needing just three more home runs and six stolen bases to accomplish the incredible feat.

Chris Lacey
Chris is a 25-year old New Jersey native whose favorite sports team is the Arizona Diamondbacks. He previously attended Western New England College to study Sports Management. Chris has been following the Diamondbacks since he was 12. You can find him on Twitter [email protected].