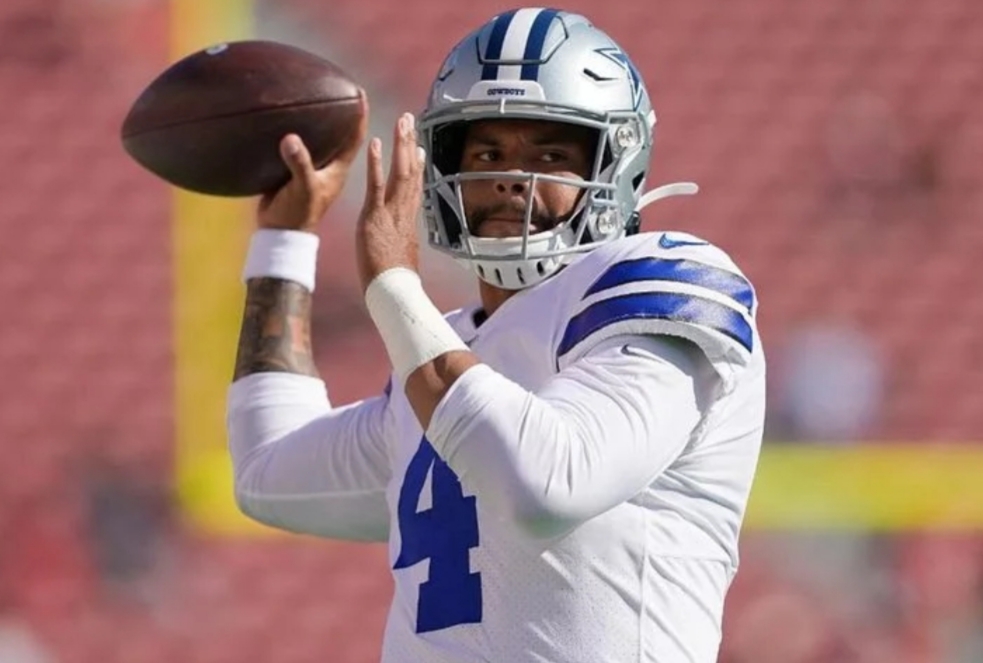 The Dallas Cowboys are showing the world that the often rumored notion that they’re in “Cap Hell” is just that, a rumor. Since April, they have inked contract extensions for DeMarcus Lawrence, Jaylon Smith, La’el Collins, and Ezekiel Elliott. It appears just days before the season opener they’re trying to open the piggy bank once again as Executive Vice President Stephen Jones told 105.3 The Fan on Friday that the organization is looking to extend Dak Prescott sometime before Sunday.

When asked if a deal for Prescott wasn’t done by Sunday would contrast talks stall, Jones refuted the thought of it.

“No, we’re open for business. I know sometimes the players don’t care to do that. But we can obviously juggle that and do that … would be fine with doing that. It’s really up to the player and their representatives to determine what their deadlines are.”

In June, the Philadelphia Eagles signed Carson Wentz to a four-year 128 million dollar extension with 108 million in guarantees, only to be topped by Los Angeles Rams signal-caller Jared Goff who signed a four-year 134 million dollar extension with 110 in guarantees just a few days. Now, it appears Prescott is the next quarterback to become a passenger on the money train.

This shouldn’t surprise anyone, though, considering he’s next up to secure the bag as far as quarterbacks go. Also, it was brilliant by Prescott and his team to wait until the market got reset before signing any extension. He may not be the prototypical accurate pocket passer organizations drool over, but he’s a winner. The only quarterback that’s won more games than him since 2016 is Tom Brady, who most people consider to be the greatest of all-time.

He has the most game-winning drives, rushing touchdowns, and primetime wins since his rookie year. Sprinkle in an Offensive Rookie of the Year and two NFC East titles Prescott has more than earned his major payday. Will the Cowboys back up the Brinks truck before Sunday? Only time will tell.