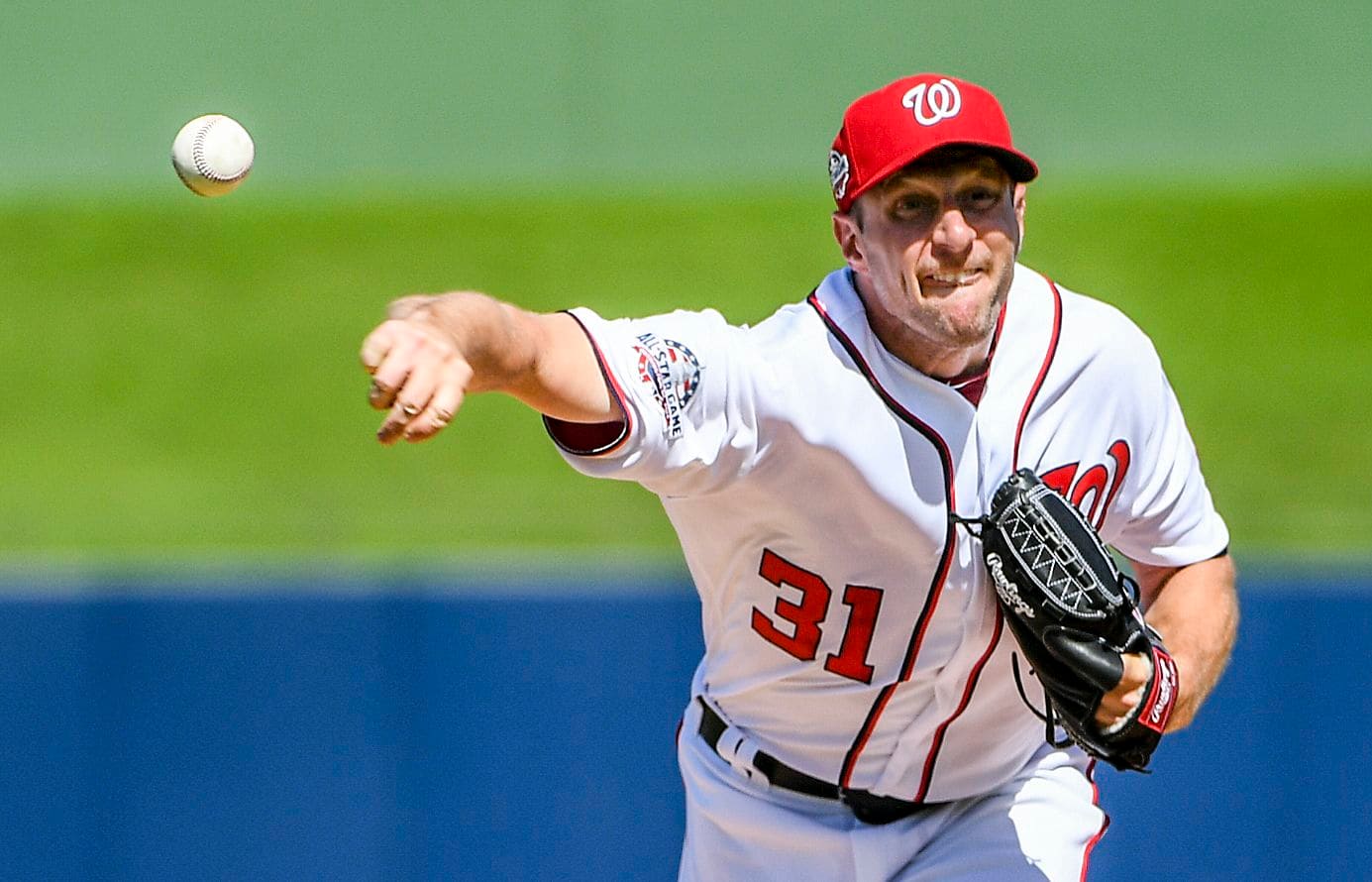 The last week in MLB was about a starting pitcher in the National League reaching a significant milestone and a pair of pitchers are placed on the injured list.

Washington Nationals starting pitcher Max Scherzer is among the elite of starters in MLB and reached a major milestone in Friday’s start against the San Diego Padres.

Scherzer fanned the 2,500th batter of his career during the outing, and he became just the 35th pitcher in MLB history to record 2,500 career strikeouts.

The right-hander made more history as he’s the third-fastest to reaching 2,500 career strikeouts, accomplishing the feat in 344 games, per Sarah Langs of MLB.com.

We can now officially place Max Scherzer on this list. He’s the 3rd-fastest to 2,500 career strikeouts, by games.

It’s a tremendous achievement for Scherzer as he joins a select group.

He’s been one of the best strikeout artists over the past couple of seasons as indicated by him leading the National League in strikeouts in each of the last three seasons.

If Scherzer can stay healthy, it won’t be long until he reaches 3,000 career strikeouts in a couple of seasons.

The Nationals are having a rough first month of the 2019 season, as they’re fourth in the NL East.

However, they have a terrific starting pitcher in Scherzer who gives them an excellent chance to win every fifth day.

The Colorado Rockies have placed starting pitcher Kyle Freeland on the injured list with a blister injury.

Freeland had a blood blister develop under the tip of the fingernail on his left middle finger. The Rockies activated starting pitcher Tyler Anderson to occupy the rotation spot of Freeland, per Nick Groke of The Athletic.

Rockies put LHP Kyle Freeland on the 10-day IL today because of a blood blister under the tip of the fingernail on his left middle finger. Tyler Anderson was activated and will start today vs the Nats…

Freeland thinks he’ll miss just one start. He can come back April 29. More a safety measure to make sure nothing gets worse…

The Rockies were smart to place Freeland on the injured list and allow his blister to heal. This a common injury which happens to pitchers during a season and can become problematic if not treated properly.

The team losing Freeland for just one start isn’t a big blow and having him healthy for the remainder of the year is essential for the club’s success.

The Detroit Tigers have placed starting pitcher Jordan Zimmermann on the injured list with a right elbow UCL sprain, per a team announcement.

The Tigers today have placed RHP Jordan Zimmermann on the 10-day injured list with a right elbow UCL sprain. In a corresponding move, RHP Zac Reininger has been recalled from Triple A Toledo.

Zimmermann started the season strong, yielding just one run over his first two starts, but has allowed 19 runs over his last four starts.

The recent struggles are the main reason for a 5.93 ERA in 30 1/3 innings pitched with 21 strikeouts, 11 walks and six home runs allowed.

The UCL sprain in the elbow will keep the right-handed pitcher sidelined for at least month.

The primary concern for the Tigers is he may need to undergo Tommy John surgery again as he had the procedure in 2009.

The Tigers knew this risk when they signed him to a long-term deal before the 2016 season. He’s making $25 million for the 2019 season and will make $25 million during the 2020 season, his last season for the Tigers under the current contract.

The Tigers are hopeful Zimmermann won’t need surgery as the starting rotation is already thin with Michael Fulmer gone for the year as he underwent Tommy John surgery early in the year.