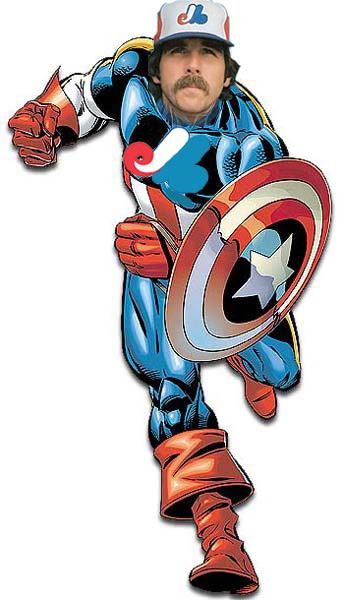 Steve Rogers was a great pitcher. I am the first to acknowledge that.

He is not a great labor advocate.

As the National League Players’ Representative in 1980, Rogers and Sal Bando (the American League Players’ rep) allowed the union representing today’s players–the Major League Baseball Players’ Association (MLBPA)–to throw under the bus all those retired men who played prior to 1980 who had more than 43 game days of service, but less than four years of credit.

Before a vesting rules change in 1980, four years was what was required to be eligible for a Major League Baseball (MLB) pension.

Ever since 1980, all you’ve needed to be eligible for an MLB pension is 43 game days of service. If you’re called up in mid-August and stay on the roster until October 1, you’ll be assured of getting guaranteed money when you turn 62-years-old? How much? The annual benefit is $3,589 per year.

But if you had less than four years of service before 1980, you’ll receive only $625 for every 43 game days of service you had on an active MLB roster.

Mr. Rogers is now the players’ pension liaison to the union representing current ballplayers. He earns an annual salary of approximately $250,000 when benefits are factored into the equation. And that’s in addition to the MLB pension he earned after his playing days were over.

Despite 158 career victories, Mr. Rogers never got a vote for the Hall of Fame–not even from hometown Montreal Expo writers. Author Jonah Keri teases the reason in his book on the team, Up, Up and Away.

Rogers was both a great pitcher and one of the most brutally frank players the Expos ever had. That ‘pull no punches’ approach lives on decades later–even now that Rogers works for the Major League Baseball Players’ Association.

Did Rogers ever think about being nicer to the writers all those years? ‘Cause kindness does go a long way.

For the union he now represents, Rogers seems to be employing that same bulldog mentality that Keri referenced. And he’s crapping on all those pre-1980 retirees w/o MLB pensions–just like the Montreal writers crapped on him.

Does Rogers ever think that perhaps his former teammates–the men he played with–are looking for him to do right by them?

–Don DeMola used to work as a furrier, but he now sells mattresses for a living. DeMola, of Smithtown, New York, logged 155 and one-third innings in 1974 and 1975.

–William Cecil Glen Atkinson, a Chatham, Ontario resident, serves as pitching coach for the Western County Wolverines. During his playing career with the Expos (1976-1979), Mr. Atkinson appeared in 98 games. He recorded 11 victories and 11 saves over his 147 and one-third innings of work.

–Jim Cox turns 69 this May. Cox, who received a bachelor of science in microbiology from the University of Iowa, played his entire career with the Expos (1973-1976). A second baseman, Mr. Cox came up to bat 307 times and collected 66 hits, including 11 doubles, two triples, and three home runs. I’m sure he’d like to provide for his wife, Candace Jean Cox, whenever he goes to that great Jarry Park in the sky.

Steve Rogers can still be a good teammate. He doesn’t even have to be a superhero, like Captain America. He just has to do the right thing.