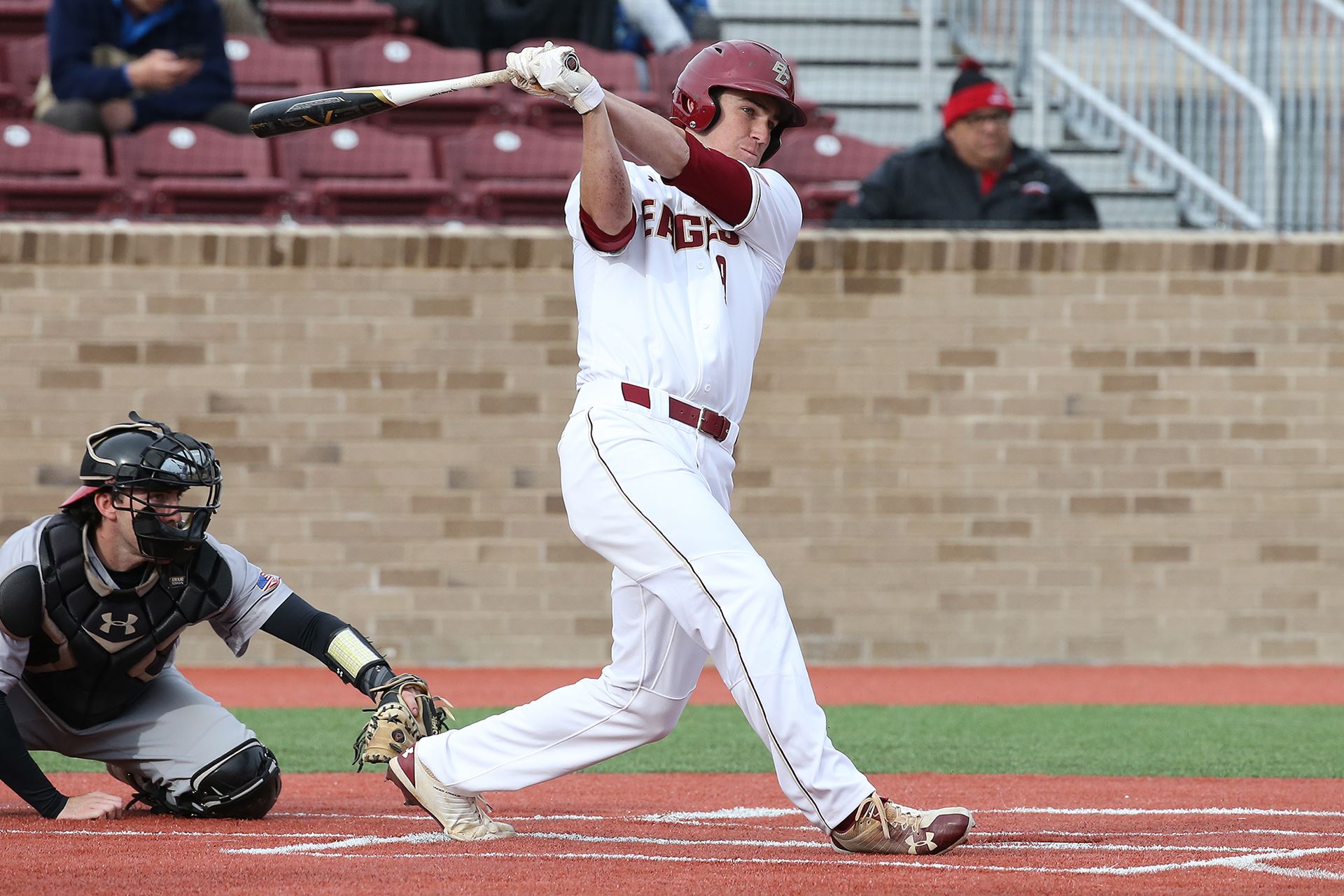 BRIGHTON, Mass. – The Boston College baseball team took down Holy Cross, 11-4, in its home opener at the Harrington Athletics Village on Tuesday afternoon. The Eagles improved to 9-6 on the year in the earliest home game in program history.

Boston College trailed right out of the gate as the Crusaders (1-15) put two runs on the board with a single and four free passes to first in the top of the first. The Eagles responded immediately with three runs in the bottom half and never looked back.

Junior first baseman Jack Cunningham (South Riding, Va.) tied the game with a double down the left field line and was later thrown out trying to steal third. Senior catcher Gian Martellini (Johnston, R.I.) started a two-out rally with a double to left and scored the go-ahead run on a single up the middle by freshman second baseman Cody Morissette (Exeter, N.H.).

The Eagles scored in each of the first four innings, including five in the third, and five of the first six. BC’s five-run third was highlighted by a three-run home run to right by senior third baseman Jake Alu (Hamilton, N.J.).

On the mound, freshman right-hander Emmet Sheehan (Darien, Conn.) made the start and threw 31 pitches, allowing two runs on one hit, two walks, and a hit batter to go with two strikeouts. Fellow freshman RHP Joe Mancini (Fairfield, Conn.) was the first BC pitched out of the bullpen. Mancini (2-1) pitched a team-high 3.1 innings and surrendered two runs on four hits and two walks while striking out three.

QUOTEABLES
Mike Gambino, Head Coach:
“It is awesome we are playing the earliest that we’ve ever played a home baseball game in our program. To see how this program continues to grow and just being able to play a home game on March 12th and then get back out here and practice, we are extremely lucky”

“I thought the boys played well. There were a lot of good positives. We didn’t throw strikes early on. Joey [Mancini] has been great for us, but once he settled in, the rest of the guys did a really good job.”

UP NEXT
Boston College jumps back into ACC play with a Friday night game at Wake Forest set for a 6 p.m. first pitch from Winston-Salem, N.C.