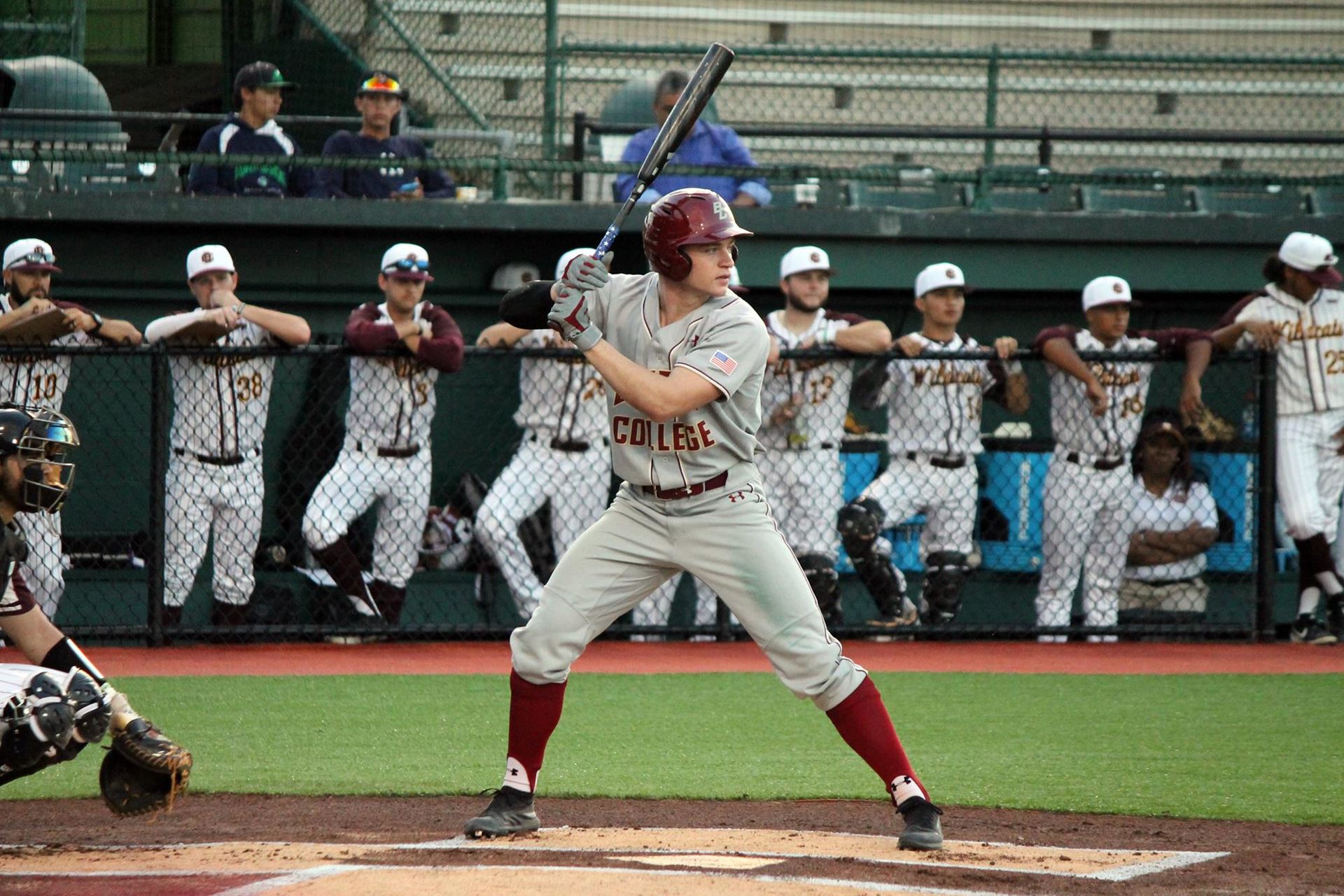 Four-Run Eighth Sinks BC at Bethune-Cookman

DAYTONA BEACH, Fla. – The Boston College baseball team suffered its first loss of the season, 8-4, to Bethune-Cookman at Jackie Robinson Ballpark on Friday evening. The Eagles fell to 3-1, while the Wildcats improved to 2-3.

Bethune-Cookman led on two occasions before pulling away for good with a four-run eighth inning. With the bases loaded and two outs, shortstop Joseph Fernando delivered a two-run single to left for the game-winning runs. The Wildcats added two more a batter later on a double down the right-field line by third baseman Isaak Gutierrez.

A bloop-double to right and an infield single off the glove of BC junior right-handed starter Matt Gill (Simsbury, Conn.) set the table for Bethune-Cookman in the second. Fernando broke the early scoreless tie with a double to the track in left field; driving in both runners.

Boston College pulled even with a single run in the third and again in the fourth. The tying run came as a two-out rally started by a single up the middle by freshman second baseman Cody Morissette (Exeter, N.H.). He then stole second and was driven in on a base hit to left by senior third baseman Jake Alu (Hamilton, N.J.).

After Bethune-Cookman regain the lead in the sixth, BC again responded with a single run to cut the deficit in half in the next inning and tied it an inning later. In the top of the eighth, junior first baseman Jack Cunningham (South Riding, Va.) blasted a solo shot over the right-field wall with two down to tie the game.

Gill lasted 5.1 innings in the start with four runs, two earned, on four hits and a walk with one strikeout. Redshirt-sophomore lefty Joey Walsh (Plymouth, Mass.)pitched one inning as the second BC reliever of the night. Walsh (0-1) surrendered four runs on four hits and three walks while striking out two.

Right-hander Anthony Maldonado went six innings and limited the Eagles to just two runs on seven hits with five strikeouts in the start for Bethune-Cookman. Righty Brandon Wiles (1-0), who started the game at second base, got the win despite blowing a one-run lead in the eighth.