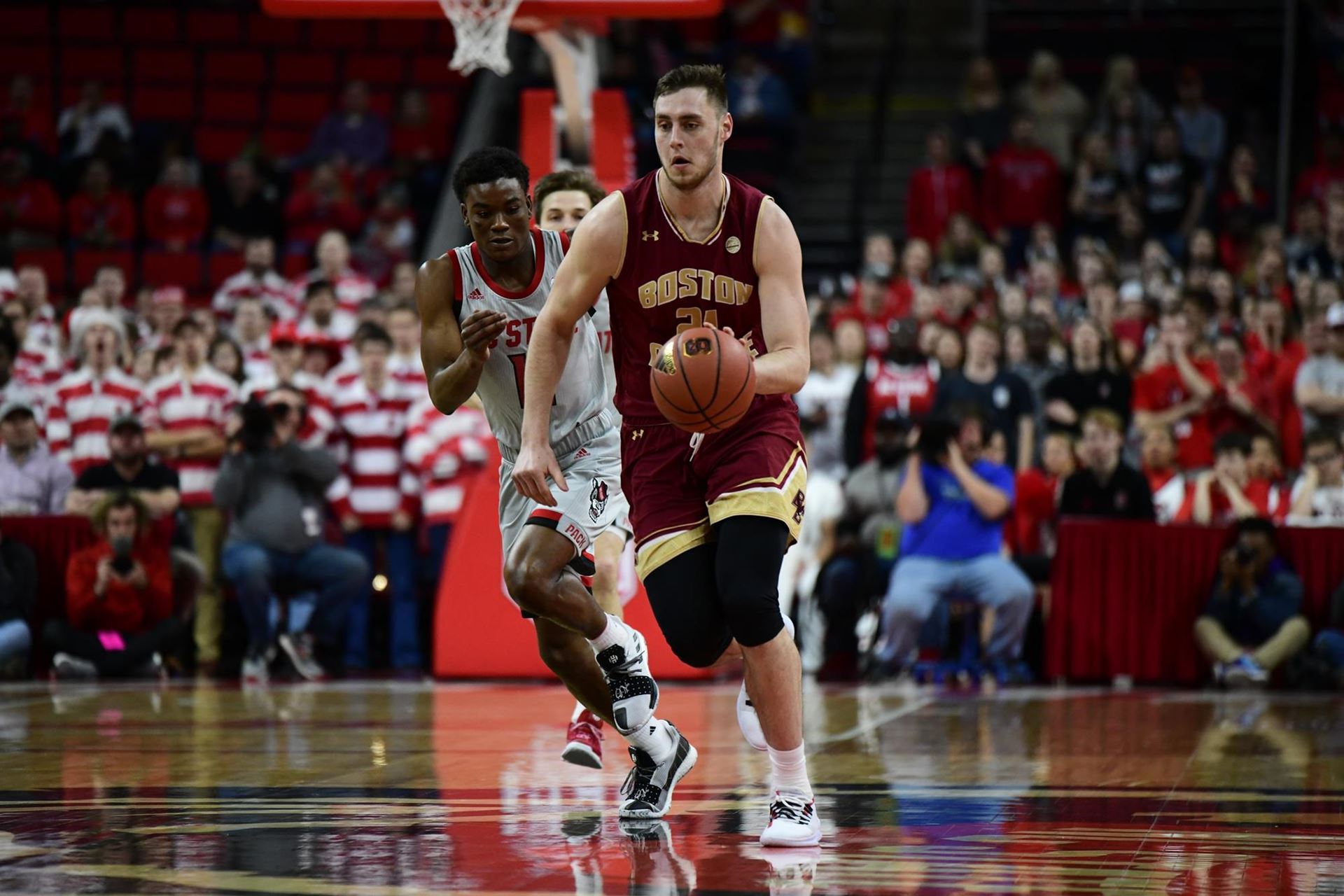 BC erases 14-point second half deficit to force extra frame

RALEIGH, N.C. — Boston College used a 16-0 second-half run to erase a 14-point deficit but it was not enough as host N.C. State pulled away with an 89-80 victory in overtime. The Eagles had a chance to win it in regulation, but Ky Bowman missed a 3-pointer with time running out.

The Wolfpack controlled the overtime period from the outset, scoring the first seven points of the extra session to pull away.

N.C. State carried a 46-37 lead into the locker room at halftime. The Wolfpack made seven three-pointers in the first 20 minutes, hitting on 53.8 percent from behind the arc (7-of-13). Braxton Beverly led all scorers with 15 in the first half, including four from downtown.

Boston College only led for 12 seconds in the first half as the Wolfpack led for nearly 17 minutes. BC cut the deficit to four at 38-34 with just two over minutes to go in the half, but N.C. State finished the half on an 8-3 run.

Jordan Chatman scored a team-high 12 first-half points, but had to go to the locker room with an injury to his hand and did not return in the second half. Prior to the injury, Chatman was 4-of-5 from behind the arc.

N.C. State pushed its lead to 13 at 64-51 with 11:29 remaining before BC ripped off a 16-0 run to take its first lead of the second half. Bowman drilled consecutive three-pointers during the run.

The two teams went back and forth over the final minutes as freshman Jairus Hamilton gave BC a 73-72 lead with 51 seconds left. N.C. State made one of two from the foul line with 31 seconds to go to tie the game again at 73 and eventually forced overtime following the Bowman missed three.

Once in overtime, N.C. State used a quick 7-0 run and never looked back en route to the nine-point victory.

UP NEXT:
Boston College returns to action Saturday, Feb. 23 at Clemson. Tip-off is at noon on Regional Sports Networks across the ACC footprint, including NESN locally. The game can also be heard live on the Boston College IMG Sports Network (WEEI 850 AM) with Josh Maurer and Kevin Collins.