BC Set for Season Opener at Jackson State 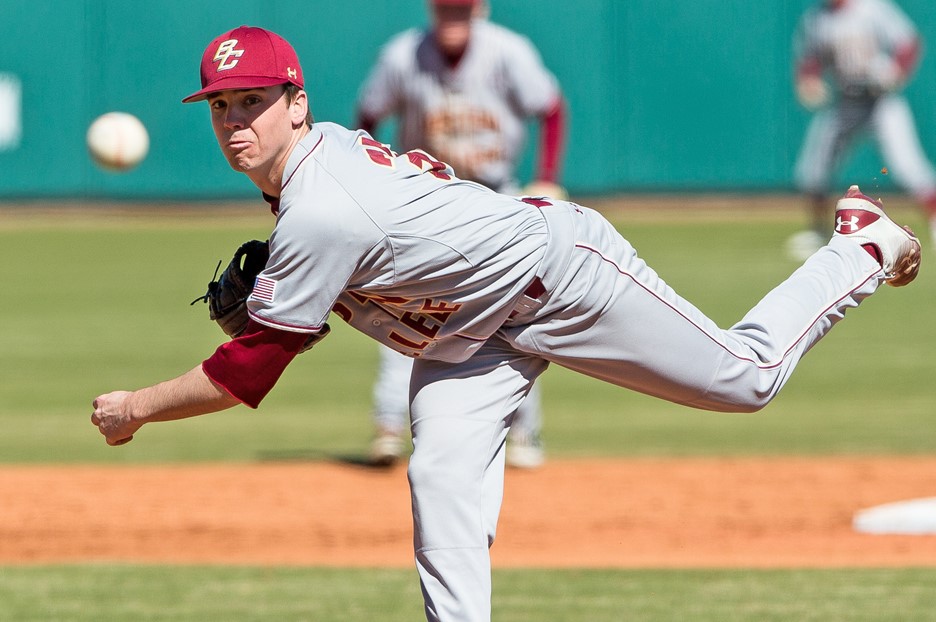 The Boston College baseball team embarks on the 2019 season under ninth-year head coach Mike Gambino at Jackson State this weekend. The Eagles and Tigers meet for game one on Friday, Feb. 15 at 6 p.m. at Braddy Field.

BC dropped to 17-32 in 2018 after back-to-back seasons in the ACC Tournament. The Eagles claimed a road series on opening weekend last season by taking two out of three at Santa Clara. Junior infielder Brian Dempsey in Boston College’s top returning hitter after posting a .319 average as the BC second baseman a season ago. Sophomore left fielder Chris Galland earned All-ACC Third Team and Collegiate Baseball News Freshman All-American with a .316 average and 28 stolen bases in his rookie campaign. On the mound, senior Dan Metzdorf returns for his senior year after being drafted by the New York Yankees at the conclusion of the 2018 season. Despite a 1-8 record with a 5.74 earned run average, Metzdorf posted four starts of seven innings or more, including an eight-inning, 13-strikeout no-decision vs. Virginia Tech and eight innings of shutout ball, earning the win, at Notre Dame.

Jackson State went 34-18 overall and 17-7 in the SWAC, good enough for third overall in the conference and second in the East Division. The Tigers have won 30 games or more in the last six seasons and made back-to-back regionals in 2013 and 2014. JSU hit a conference-leading .304 with a 4.62 team ERA; second in the SWAC. Infielder Raul Hernandez hit a team-high .382 with 50 RBI, 17 doubles and seven home runs. Outfielder Dezmond Chumley hit .320 with 44 runs scored and 34 driven in with five home runs to go with 11 stolen bases. Pitcher Kevin Perez went 11-4 on the bump with a 4.35 ERA and 74 strikeouts in 93 innings of work. Nikelle Galatas posted a 9-3 record with a 4.58 ERA in 88.1 innings pitched.

Boston College is 22-24 in season openers on record and 3-5 under Gambino. The Eagles opened 2018 with a 5-1 win over Santa Clara on the road. Jake Palomaki went 3-for-5 from the leadoff spot with three RBI and a two-run homer. Jacob Stevens earned the win in five scoreless innings with eight strikeouts to just one walk.

RETURNING TO THE MAGNOLIA STATE

Despite having never faced a team from Mississippi, this trip will be Boston College’s second to “The Magnolia State”. In 2016, the Eagles were sent to the NCAA Oxford Regional, hosted by Ole Miss. BC ran through the field; winning the regional in three games and avoiding the host Rebels.

As a team, Boston College swiped 92 bags in 2018. The Eagles ranked second in the ACC behind Louisville and 21st in the nation. BC averaged 1.88 per game; good enough for second in the league and 12th in the NCAA. Three Eagles tallied 19 stolen bases or more as Chris Galland led the way with 28. He ranked 20th in the nation and 2nd in the ACC in overall steals and 12th in the country and first in the league with 0.58 per game. Dante Baldelli and Palomaki each stole 19 bags in 21 attempts; tying for eighth in the ACC. Collectively, BC stole bases at a 79.3% success rate. Jack Cunningham swiped eight last season, while Brian Dempsey added seven.

BC hits the road again for a visit to Bethune-Cookman in Daytona Beach, Fla. The series begins Friday, Feb. 22. The Eagles and Wildcats are meeting for the first time since a season-opening series in 2017. Bethune-Cookman leads the all-time series, which began in 2006, 4-3.