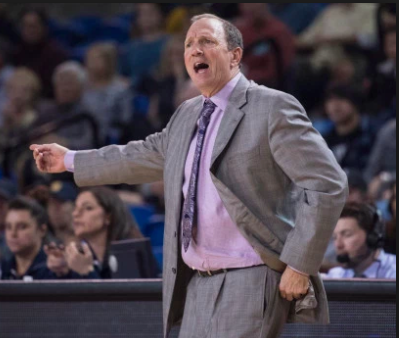 What started out as a season of promise for Long Beach State, is slowing starting to look like another lost year.

Long Beach State defeated UC Irvine on January 16th, the top team in the Big West conference. This created optimism that the 49ers could be a real threat this year.

Fast forward eight games and Long Beach has lost seven of those eight. They now sit in seventh place in the Big West standings.

What is wrong with Long Beach State basketball? The team may not be playing as poorly as their record shows, but there are some underlying issues.

For starters, the team has no identity. Without Prospector Pete, who is their Mascot? On a more serious note, the team is not great at any one thing.

The team plays well enough to stay in games evidenced by their rebounding (third in the Big West) and ability to create turnovers (second in steals). However, losing nine games by 10 points or less is no coincidence. The 49ers do not have a calling card down the stretch in long games.

The team ranks dead last in the Big West with 15.2 turnovers per game. With no other reliable playmakers to play extended minutes, Deishuan Booker does the main facilitating. Combining this with shouldering the scoring load, Booker often gets fatigued and that can lead to high turnover totals.

The team also ranks last in field-goal percentage at just 43 percent. Combined with being second to last in assists and personal fouls as well, the offense has not been good enough to cover their defense.

While the 49ers sit in the middle of the pack in opponent field goal percentage, they rank dead last in offensive rebounds allowed. There is nothing more demoralizing than having a good defensive possession, only to see your opponent get another chance.

On top of all this, the team has suffered injuries to key players during the season. Temidayo Yussuf most notably as well as key players like Mason Miggins, K.J. Byers, and Deishuan Booker.

Through all of these things, the mental aspect still reigns supreme. Being in close game after close game only to lose every single time is frustrating.

The team starts to hang their heads. Flashbacks of all the previous games they have been in only to lose at the end start to pop up.

As coach Dan Monson said earlier in the season, “You have to play in these close games a lot to learn how to win them.” Unfortunately, time is running out for Long Beach to learn.

With only six regular-season games left, the conference tournament is starting to loom large. Long Beach State has not made the progress some of the top teams have made.

Unless they are able to shock everyone and turn things around, their season will be defined by the word “almost”. Always in games, almost winning them, but never able to get over the hump.