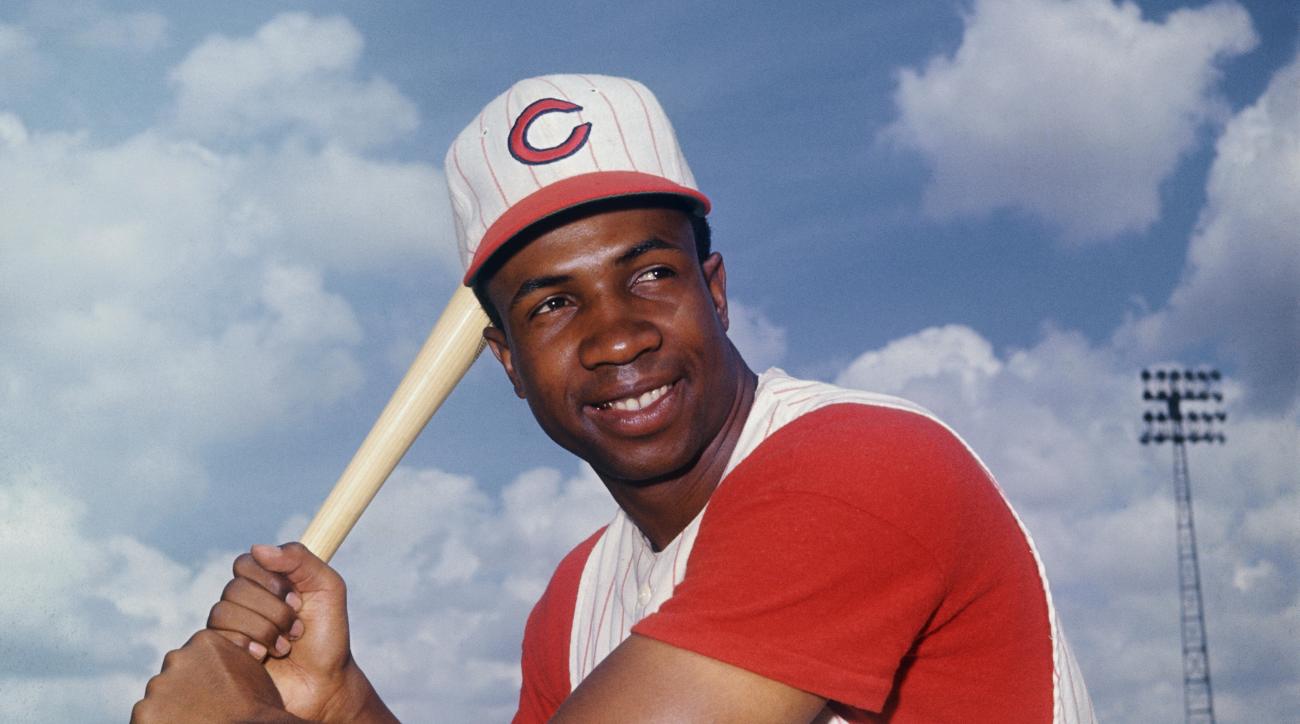 The last week in MLB was about a baseball legend passing away, a National League club makes a significant trade, an infielder in the American League is out several weeks, and a team in New York remains engaged with a free agent.

We are saddened by the loss of Frank Robinson, a Hall of Famer, 2-time MVP and MLB’s first African-American manager. He was 83. pic.twitter.com/tYDZGMWAfd

The baseball world lost a great player and a better person as Hall of Fame outfielder/first baseman Frank Robinson passed away a couple of days ago at age 83.

Robinson is the only player to win MVP awards in both the American League and National League and became the first African-American manager in MLB history in 1974.

Robinson won 1,065 games in his managerial career as he became a player-manager in his last two seasons with the Indians and was their skipper for three seasons.

He was presented with the Presidential Medal of Freedom from then-U.S. president George W. Bush in 2005 for his achievements on and off the field.

His No. 20 is retired by the Orioles, Reds, and Indians.

He was a 14-time All-Star and inducted into Cooperstown in 1982 on his first ballot.

One of his friends and teammate, who is Hall of Fame third baseman Brooks Robinson shared the impact Robinson provided.

Frank Robinson is the most ferocious competitor I’ve ever met, the most underrated player of all time. The Orioles won the World Series in his first year in Baltimore. Brooks Robinson told me, “Frank taught us how to win.” Frank taught me so much about the game. R.I.P. my friend

MLB Network has a terrific video detailing why Robinson is one of the greatest players:

Frank Robinson was not only a baseball lifer, he was a genuine baseball Renaissance man.

MLB Network mourns the passing of one of the game’s all-time greats. pic.twitter.com/lBIUFVKdP1

Robinson was indeed one of the best players the sport has seen and will be remembered forever.

The Philadelphia Phillies have been a busy team this offseason, and they pulled off a major trade with a club in their own division.

They acquired talented catcher J.T. Realmuto from the Miami Marlins in exchange for catcher Jorge Alfaro, pitching prospects Sixto Sanchez and Will Stewart, and an international bonus slot, per Jeff Passan of ESPN.

Philadelphia and Miami are in agreement on a trade that would send All-Star catcher J.T. Realmuto to the Phillies for catcher Jorge Alfaro, pitching prospects Sixto Sanchez and Will Stewart, and an international bonus slot, league sources familiar with the deal tell ESPN.

The Marlins had been talking to several teams during the offseason regarding Realmuto and were able to complete a deal with the Phillies for their catcher.

The Phillies adding Realmuto is enormous for the team as he was solid for the Marlins last year.

He’s not only a solid hitter as he leads two other categories for catchers, per MLB Stats.

He’s been one of the best young catchers in the majors for the last several years.

The @Phillies reeled in a big one. pic.twitter.com/KeE9vcXgYU

The Marlins asking price for him was high due to his all-around game and team control. Realmuto won’t be eligible for free agency until 2021.

Sanchez has the potential to be a good starting pitcher in the future.

He was limited to just eight starts last season due to elbow inflammation but had accumulated a 2.51 ERA in 46 2/3 innings pitched with 45 strikeouts before being shut down.

The addition of Realmuto by the Phillies probably won’t be the last move they make as they could either sign a position player or bolster their starting rotation before the 2019 season begins.

The Cleveland Indians have suffered a significant loss before spring training begins as shortstop Francisco Lindor sustained a right calf strain and will be sidelined seven-to-nine weeks, per a club announcement.

Francisco Lindor has sustained a right calf strain while preparing for ST. He has started rehab & is expected to return to Major League game activity in 7-to-9 weeks.

We are confident that everyone will handle this news calmly & rationally … pic.twitter.com/x19uXFClGC

The calf injury occurred in Florida while Lindor was preparing for spring training. The Indians begin the regular season against the Minnesota Twins on March 28, which is less than seven weeks away.

It’s highly unlikely Lindor will be ready for the season opener and will start the season on the injured list.

Lindor is not only one of the best young players in the majors but is critical to the Indians.

He was selected as an All-Star for the third straight year, won the Silver Slugger Award at shortstop and finished sixth in the AL MVP voting last year.

The Indians do have another spectacular player in third baseman Jose Ramirez, but the loss of Lindor is monumental.

The silver lining is the injury occurred before spring training and not when the regular season started.

Lindor probably won’t be back with the Indians until May at the earliest, considering he will be out most of spring training and will need to go on a rehab assignment.

The team is in a favorable spot in the AL Central as they’re the best team in the division and have the luxury of allowing Lindor to take his time going through the recovery process.

This offseason has seen several notable players sign deals, but one person who remains without a contract is free-agent third baseman, Manny Machado.

Machado has met with several teams, but his preferred destination is the New York Yankees.

A couple of days ago, former MLB general manager Jim Duquette mentioned to SNY the Yankees had presented Machado with a $220 million contract for seven-to-eight years.

However, that reported offer isn’t true as Andy Martino of SNY mentioned the Yankees are still engaged with Machado.

There was some confusion today that my colleague @Jim_Duquette reported a Yankee offer to Machado. He didn’t. Yankees are still engaged there but Jim didn’t claim to have the offer.

Machado also has a reported offer from the Chicago White Sox worth at least $175 million for seven years.

He also met with the Phillies earlier during the offseason, and their offer is unknown.

Machado’s demands are the main reason he and free-agent outfielder Bryce Harper remain unsigned as pitchers and catchers report this week.

They’re each seeking a long-term deal in the $300 million range.

The chances of a team meeting Machado’s demands are unlikely and he’ll probably sign a lesser deal sometime in March.

The wildcard for both Harper and Machado is Colorado Rockies third baseman Nolan Arenado.

He recently signed a one-year, $26 million deal to avoid arbitration, but is a free agent at the end of the 2019 season.

Rockies owner, chairman, and CEO Dick Monfort mentioned to MLB.com last week there was optimism they could reach a long-term deal with Arenado.

“I think we’ve gotten it to the point where we’re to the finals,” Monfort said. “We’re to the crescendo.”

So, if Arenado signs a long-term extension with the Rockies, it would not only impact free agency this offseason but years to come.

Machado up to this point had no comparisons for a long-term contract, but Arenado inking a deal changes the game.

The question for Machado and also for Harper is how long they are willing to wait?