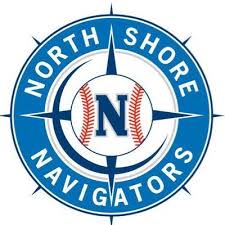 LYNN, Mass. — The North Shore Navigators headed to the Big South Conference for the next two members of their latest Futures Collegiate Baseball League roster as the signings of UNC Asheville freshmen Dominic Freeberger and Colin Macko were made official on Wednesday.

Director of Player Procurement Joe Gill made the announcement.

“While the Navigators will still have plenty of local talent, our 2019 roster includes more players from outside New England than we’ve had in more recent seasons,” said Gill. “We’re excited to welcome two young position players from a strong UNC Asheville program who we expect to contribute to this summer’s lineup.”

Freeberger joined the Bulldogs from Baltimore, Md., and Calvert Hall College High School, where he hit .320 with a team-high eight doubles, did not commit any errors and held a 0.51 ERA in 15 innings on the mound as a senior. Primarily a second baseman, the 5-foot-11, 190-pound Freeberger was named the seventh-best infielder in Maryland by Perfect Game USA and also earned Mid-Atlantic Honorable Mention honors.

A native of Mountain Top, Pa., Macko begins his collegiate career after leading Crestwood High School to back-to-back District 2/Class 5A championship appearances as well as back-to-back Division 1 titles. He led the Comets with a .372 average, nine RBI, and 10 runs scored as a senior. The 6-foot-4, 215-pound infielder/outfielder was named the No. 49 player in Pennsylvania and a Preseason Honorable Mention All-American by Perfect Game.

The Asheville duo joins Columbia’s Tyler MacGregor and Saajan May as well as Maine’s Bobby Cliche and Ben Terwilliger on the 2019 roster.

Stay tuned as the Navigators will be announcing more additions to the roster in the coming weeks and months in preparation for the 2019 season. The team’s home opener at Fraser Field is slated for Saturday, June 1.