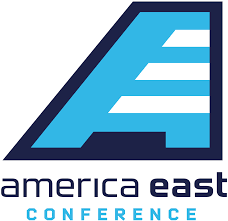 As expected, the two hottest teams to begin conference play are Stony Brook and Vermont. Both teams are coming off of two and zero weeks as each program in the early going are trying to establish who is the team to beat in America East.

Stony Brook, at 15-3, has moved up one spot to number 15 in the collegeinsider.com Mid-Major Top 25. The Seawolves have won five straight games in a row and last week defeated both Binghamton and New Hampshire. They lead the league in both offensive and defensive rebounding as well as rebounding margin.

Vermont has won 10 of its last 11 and four in a row. They have been the dominating team in the America East having won 39 of their last 40 #AEHoops contests. Last week, the Cats beat both Hartford and Maine.

The UMass Lowell Riverhawks are averaging 81.6 points per game. That is good for 37th in the nation through 17 games this season. In comparison, at this time last year, the Riverhawks were averaging 75.4 per game. Their bench is also contributing averaging 22.2 a game. This is up from last year when the bench averaged 15.3 off the pine.

Riverhawks sophomore guard, Obadiah Noel, had a 14 game double-digit scoring streak snapped last Saturday night in the team’s win against UMBC. The streak was the second longest in program history behind the 20-game streak from Jahad Thomas. Noel has improved his scoring per game from 6.5 last season to 16.1 this year.

UMBC has been pretty good coming from behind this year. Four of their wins have come when the Retrievers have trailed at halftime. The team is a solid 10-15 over the last two seasons when behind at intermission. They lead the league in defense (64.8), turnover margin (3.9), assists-to-turnover ratio (1.2), and steals (8.4). They are ninth in the nation in total steals with 143 and 30th in turnovers forced with 17.2 per game.

The America East Player and Rookie of the week are from the same school. Vermont’s Anthony Lamb is the Player of the Week for the third time this season. Lamb averaged 16 points, nine rebounds, and three assists in the Catamounts wins over the Black Bears and Hawks. He shot 60 percent from the field (12-of-20) and had a double-double of 21 points and 12 rebounds in the win over Hartford.

For the first time, this season Vermont’s Robin Duncan earned #AEHoops Rookie of the Week. He averaged ten and a half points, six and a half boards, and four assists in last week’s wins. Duncan shot 17-of-20, including 12-of-13 from the free throw line. 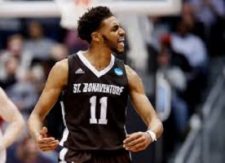