Jimmy G has been like a toy kids have been waiting for as if it were an XBOX or something!  Production began in the New England Patriots warehouse only releasing the Jimmy G a few times during the 2016 season to test the market.  As Christmas approached this year, the organization decided it was time to sell their shiny new present to the San Francisco 49ers where the Jimmy G could finally be unwrapped under the tree. Much like the new Madden Football game, people are excited about getting the Jimmy G.  Especially in the Bay area!

Now that I got my holiday analogy out of the way. let’s look at what Jimmy Garoppolo has been doing since he became the starting quarterback for the 49ers.  First of all, Jimmy G has never lost a football game that he’s started in the NFL.  This goes back to last season when he started two games for the Patriots filling in for a suspended Tom Brady.  This season Garoppolo began four games under center for Brady’s boyhood favorite team and won them all.  The last two games were the most impressive as he and his teammates took down two AFC South playoff contenders against the Titans and Jaguars.  What’s even more impressive is that this apparently inept Niners offense was able to score a season-high on the best defense in the league by racking up 44 points on Jacksonville.

His performance in his first four games this year and his ability to pick up the playbook quickly proves this is no fluke.  Not to mention he was tutored by Tom Brady and Bill Belichick.  Garoppolo has gotten better in every start he’s made and this past Sunday was the culmination of stamping Jimmy G in as the future of the 49ers.  With a (1 – 10) record by Week 12, John Lynch decided that he’d seen enough.  The experiment with veteran Brian Hoyer and rookie C.J. Beathard failed.

Lynch made a very smart move in my opinion at the time.  He wanted to go after a quarterback that he’s seen play before at the highest level and not necessarily a college QB that he’d have to roll the dice on.  Plus, Lynch knew that if he hit on Jimmy G then the Niners could focus their attention on draft picks in other areas of need to help their new toy.  And just in case things didn’t work out with Garoppolo and the 49ers this season, then San Francisco could have simply let him go without any consequences as Jimmy G will become a free agent.  I know it’s only been a handful of games but this young quarterback earned himself millions of dollars in just a month’s time.

One thing that’s very obvious is that the 49ers are rallying around Jimmy G and even the defense has picked up their game knowing that the offense isn’t going three and out on most drives.  Confidence is a major factor as it gives players that extra boost of brain power, enabling them to make smarter decisions on the field.  There’s only one position in football that can give the entire team an adrenaline shot of football awareness.

We’ve seen other quarterbacks change the entire dynamic of a team for better or worse.  Two prime examples are when rookie DeShaun Watson took over as the signal caller in Houston.  The Texans offense looked miserable until Watson got the rock and started putting up 35+ point games every week.  On the contrary, when Aaron Rodgers went down in Week 7 after a big hit by Anthony Barr of the Vikings, Green Bay never really recovered with Brett Hundley taking the snaps.

Speaking of the Vikings, perhaps Minnesota wouldn’t be where they are right now had Case Keenum never seen the field.  Without Carson Wentz, the Eagles aren’t the scariest team in the NFC anymore.  That will happen when you lose an MVP candidate.  Nick Foles is a good quarterback so we’ll see which side of the line he falls on come the postseason.  The Miami Dolphins were a playoff team last year.  As we know Ryan Tannehill was put on IR before the season began and Jay Cutler came out of the booth to try and become the savior for the aqua and orange.

The Colts found out late that Andrew Luck wasn’t going to play this season either.  So they made a mad scramble to find a quarterback and ended up trading for Jacoby Brissett.  Brissett is a pretty good player but he’s not Luck and he got thrown into a rough situation.  And perhaps the story of the year is Jared Goff who was being compared to Ryan Leaf before he made a complete 180 to become one of the best quarterbacks in the NFC in 2017.  The Rams had major QB issues last season which is why they stunk.  Now they don’t and are suddenly NFC West champions with potential for a first-round bye.

So the bottom line is a good quarterback has the ability to make every player on the team better.  When a defense knows they have a solid QB who can put points on the scoreboard, it makes them want to play harder and go in the game with a much more positive attitude.  It’s extremely difficult for teams to get hyped for a game when their confidence level is so low.  Jimmy Garoppolo didn’t sprinkle magic Patriot dust all over the 49ers players while they were sleeping.  He simply gives his teammates the confidence to go out on the field knowing they can win the game.  Jimmy G clearly has that “it” factor and he will use “it” to make the 49ers a successful franchise once again. 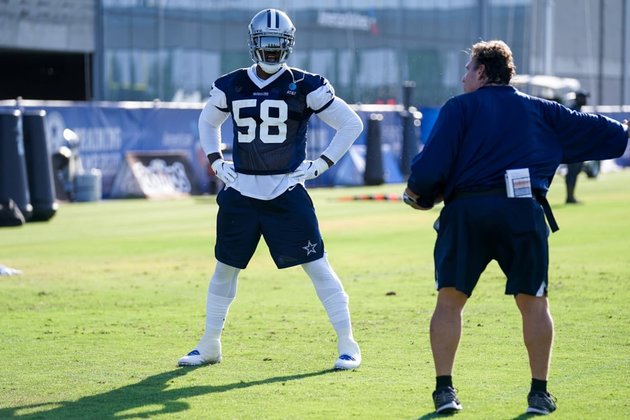