Late Push Not Enough BC drops 69-64 loss to Maine 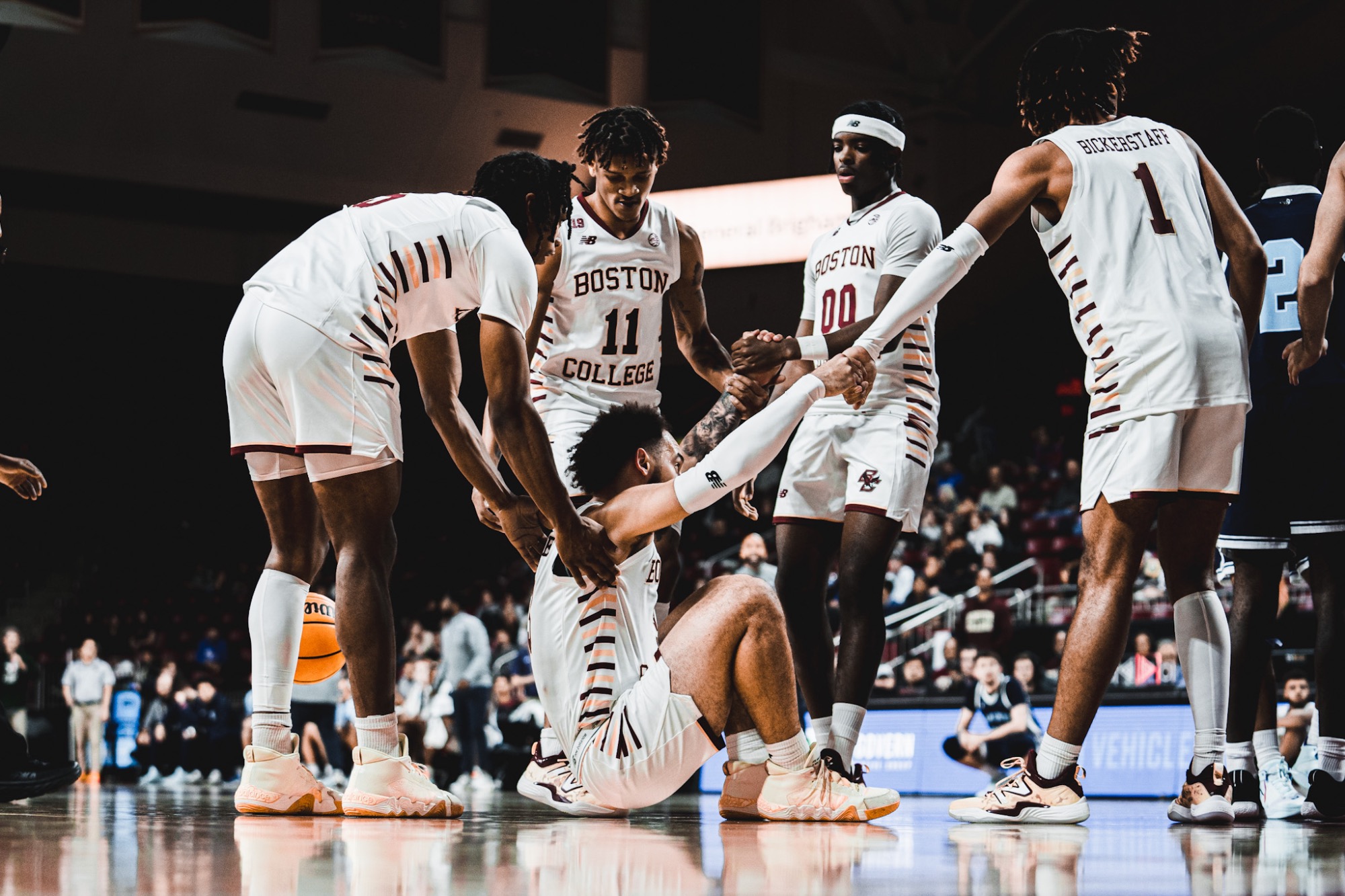 CHESTNUT HILL, Mass. – Makai Ashton-Langford scored 12 points in the second half and led all scorers with a season-high 18 points, but Boston College’s late-game push came up short against Maine, 69-64, on Monday night.

Trailing by 10 points with 40 seconds left in the first half, Boston College chipped away with back-to-back 3-pointers from Mason Madsen and Jaeden Zackery – who beat the buzzer with a half-court heave.  BC trailed 34-30 at halftime.

The Eagles trailed by as many as 12 points in the second half with 8:54 left, however, BC put together two separate 6-0 runs to get within four points with 6:47 remaining.

A layup by Chas Kelley III and two free throws by Ashton-Langford cut the lead to just three, 67-64, with less than two minutes left in regulation.   Maine sealed the win with two free throws with 12 ticks left.

Jaeden Zackery scored 13 points to go along with five boards and a steal. DeMarr Langford Jr. made his 2022-23 debut, adding 10 points, two rebounds, and two blocks in 28 minutes.

Boston College begins play in the 2022 U.S. Virgin Islands Paradise Jam on Friday, Nov. 18 against George Mason.  Tipoff is set for 8 p.m. ET (9 p.m. local) and the game will be aired live on ESPN3.

The game can also be heard on the Boston College Sports Network from Learfield with Josh Maurer and Danya Abrams on WEEI 850 AM.