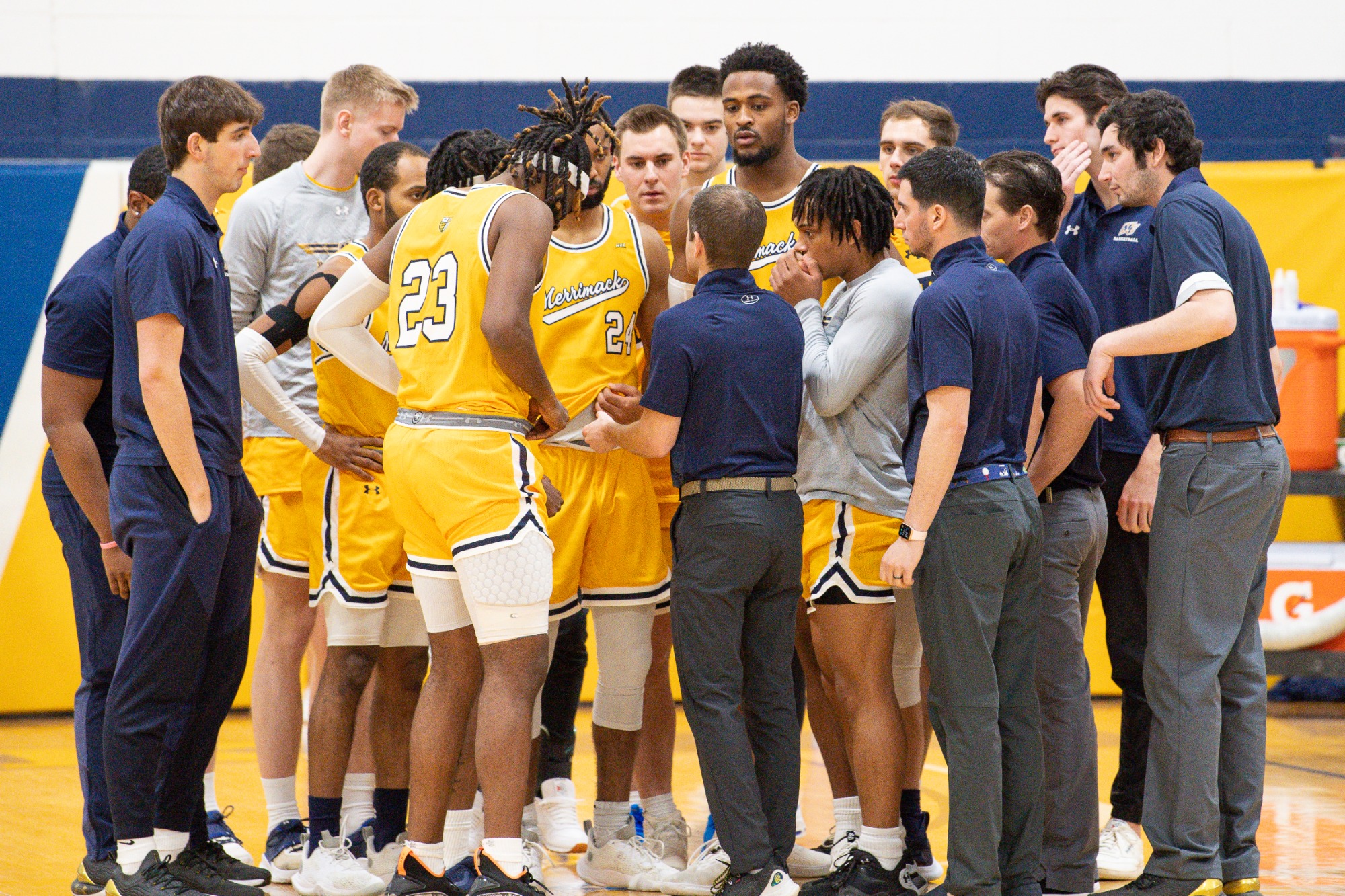 We are one week away from the start of the 2022-23 college basketball season. For the Merrimack College Warriors that is good news on a couple of fronts. First, it means that the reclassification period from a division two program to a division one program comes to an end at the end of the season. There is light at the end of the tunnel. Second, for the first time since the team has been a part of the Northeast Conference, the Warriors have been picked as the pre-season favorites to win the league.

Merrimack received six first-place votes out of a possible nine. Sacred Heart was second with two first-place votes. The announcement of the voting came at a recent media day that was held in Newark, NJ that was attended by head coach Joe Gallo and senior forward Ziggy Reid. Both were there to talk about the upcoming season and what they believe the team can accomplish this year. Now it should be noted, even though Merrimack is the preseason favorite to win the league, they still cannot take part in the NCAA tournament should they win the conference playoff at the end of the season. The good news for the Warriors is, that for the first time entering the league they can play in the end-of-season tournament.

Merrimack did get hit by the transfer portal over the summer as two members of last year’s backcourt have moved on. Mikey Watkins decided to play a graduate year at UMass Lowell. Watkins made 49 starts and appeared in 80 games over four years at Merrimack College. He finished his time at Merrimack as a 1,000-point scorer as he reached that milestone last year as a senior. Also leaving the program was guard Malik Edmead who transferred to Albany. He played in all 30 games for the Warriors last season recording four games of 15 or more points shooting 38% from behind the arc. He placed second on the team in assists.

These two players have been replaced on the roster by two transfers from James Madison. Both of these players are guards. Jaylen Stinson is a 6-2 guard who had little time on the court at JMU. Devon Savage is a 6-4 guard who also had a hard time getting playing time for James Madison. Both are hoping that a change of venue will be a good thing. This is a young team with six freshmen on the squad to offset four seniors.

One of those seniors was named to the preseason All-NEC team. Jordan Minor, a forward who had a career-high 15 points per game, led the conference in double-doubles with 13, was second in rebounding at 8.2 a night, and was second in blocked shots at 2.43 a game. He was named Co-Player of the Week twice and scored 20 or more points on eight occasions. Merrimack will begin the year on Monday, November 7 on the road at St. John’s.