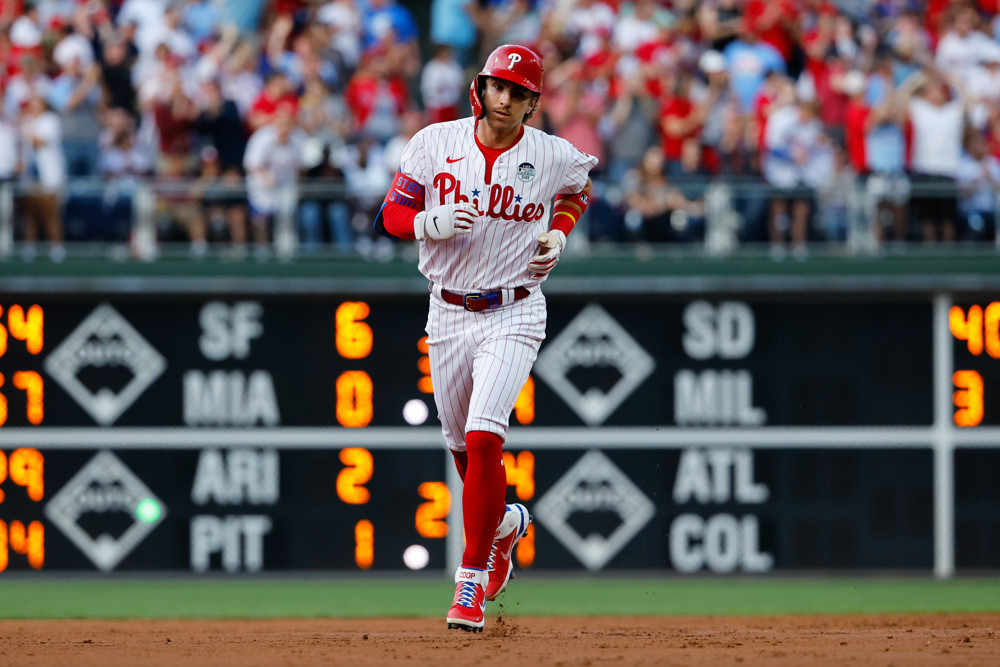 It’s set. Phillies, Astros. Game 1 is on Friday. This one is for all the marbles.

The Astros and Phillies faced off in the regular season finale and clearly didn’t waste any time for a rematch. While the Astros slunk past the Phillies in a 2-1 series win, this time isn’t going to be as easy. The Phillies unexpectedly went on a serious hot streak this postseason and will offer a serious challenge to the undefeated Astros.

I’ve taken it upon myself to, in my ultimate clairvoyance, predict this 2022 World Series matchup. Let’s get it started.

*DISCLAIMER: While this prediction is far less arbitrary than the Subway Series one from June, I am still no fortune-teller. Do not make any rash world series bets after reading this article.*

In that aforementioned last regular season series, Nola and Verlander each had their own shutouts. Nola’s in a 3-0 win for the Phillies and Verlander’s in a blowout 10-0 win.

I predict Verlander and Nola offer a repeat of the regular season finale; silencing the bats completely. The league-best Astros bullpen has no problem against the Phillies while the Phillies bullpen crumbles in the thirteenth for a 1-0 Astros win.

Zack Wheeler gives the Astros their first loss of the postseason in a no-hit pitching masterclass. Framber Valdez tries his best but Schwarber, Hoskins, and Harper each go yard in a 5-0 Phillies win. The Phillies take home-field advantage and Astros fans start pondering if they’ve really got it this year.

The series makes its way to Citizens Bank Park.

The Phillies feel confident coming into Game 3 but 2nd-year starter Ranger Suarez still has some nerves. Suarez hasn’t forgotten the Astros’ 10-run walloping in the last series of the season. He gives up a lead-off homer to Altuve and it all goes downhill from there. Suarez lets the Astros drop five in the 1st. While a Bryce Harper three-run bomb keeps Philly within striking distance, Suarez loses control and lets up five again in the third before being pulled. The Astros think they’ve got home-field advantage again, but never count these Phillies out.

The Phillies go on an enthralling eight-run comeback, topped off with an emphatic Rhys Hoskins walk-off two-run homer. The Phillies pull off an improbable 13-11 win on Halloween night, sending the city of Philadelphia into a state of pandemonium.

Some of the Phillies are seriously hungover after their incredible Game 3 win. Luckily, Noah Syndergaard’s love of hot sauce helps him rebound quickly and put together an adequate Game 4 with three runs in six innings. Cristian Javier also has himself a nice game but the reliever-turned-starter only goes five deep. The taxed Astros bullpen falters slightly in the 8th as Nick Castellanos drives one to deep left field to give the Phillies a lead that they won’t let go of.

‘Stros are on the ropes

The veteran Astros know what they’re up against. They’ve had their backs against the wall before and while they haven’t had too much success in that situation as of late, they’re a hardened bunch. Alex Bregman, Yordan Alvarez, and Yuli Gurriel all knock in two runs each against Aaron Nola. This would be all it took as Verlander silenced the Phillies’ bats yet again in a 6-0 win for the Astros.

The Astros are back at home, and they aren’t looking to repeat last year’s Game 6. There is a lot riding on this series for Houston; they want to get Dusty that world series.

Zack Wheeler shuts the Astros out again. The Phillies’ offense strings together a couple of runs and gives Philadelphia its first of (likely) many championships this decade. The collective baseball world realizes that the NL East may be the Astros’ kryptonite. All Houston fans will pray throughout the 2023 season that their 2023 matchup won’t be with the Mets or Marlins.

I hope Mattress Mack is able to recover.