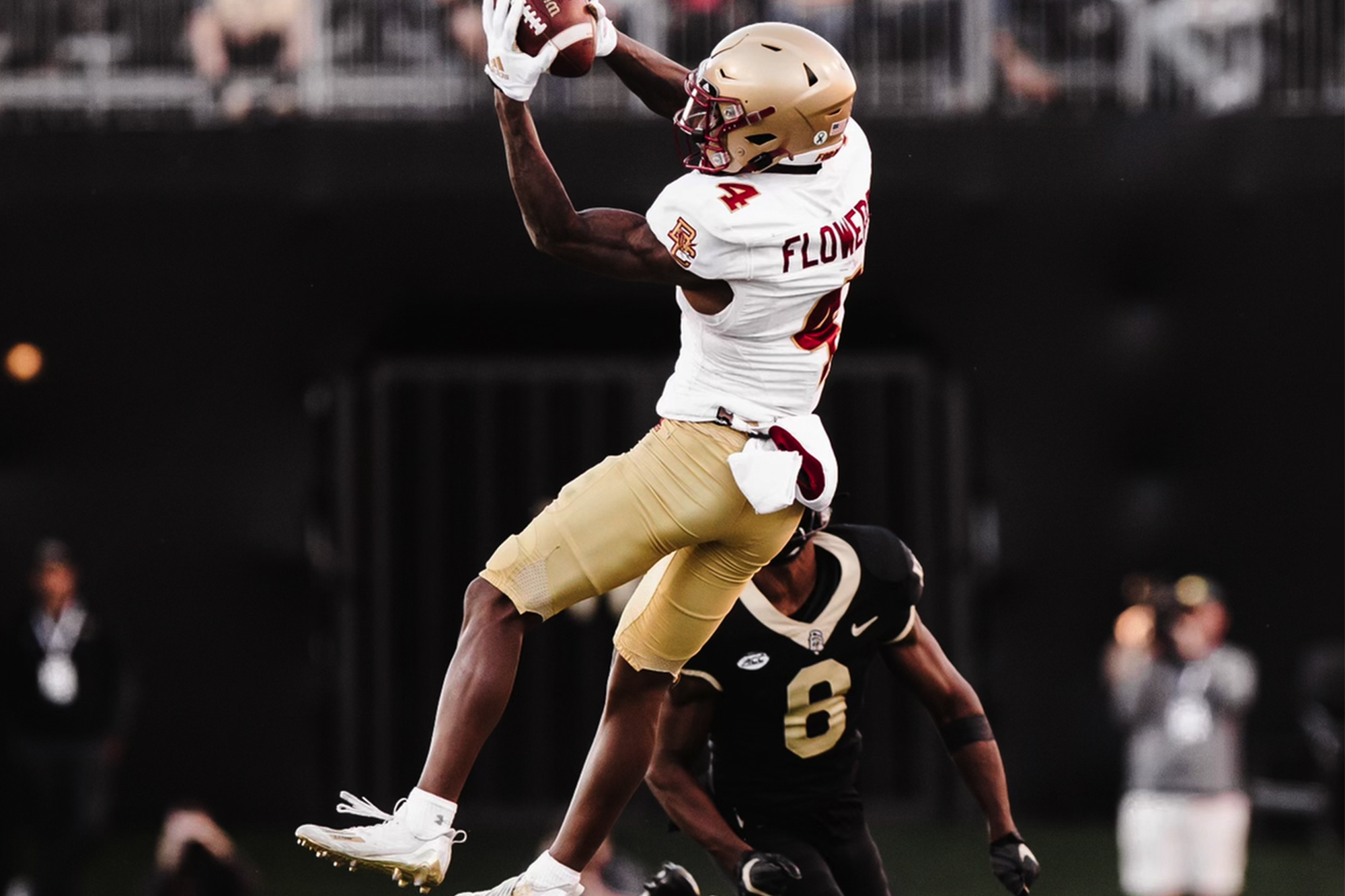 The Eagles got the scoring going first, as Connor Lytton connected on a 29-yard field goal with 5:13 remaining in the opening period. Wake Forest responded with a touchdown on a 10-play, 75-yard drive, making it 7-3 near the end of the first quarter.

The Demon Deacons extended it to 14-3 two minutes into the second quarter, but the Eagles would respond.  Phil Jurkovec connected with Zay Flowers on a 61-yard touchdown strike with 5:51 left in the opening half, making it 14-9.  But Wake would have an answer, tacking on another touchdown on its next drive and it was 21-9 at the break.

In the second half, Wake extended its lead to 28-9 on the fourth touchdown pass thrown by Sam Hartman with 9:40 left in the third quarter.  Jurkovec’s seven-yard rush with 4:41 to go in the quarter trimmed it to 28-15 after BC could not convert the two-point try. Wake went 88 yards on its next drive, capped by a two-yard plunge into the end zone by Hartman, making it 36-15.  The Demon Deacons added another touchdown with 7:36 remaining in the fourth quarter.

The loss drops the Eagles to 2-5 overall and 1-4 in the ACC.  Boston College heads to Connecticut next Saturday, Oct. 28, for a noon kickoff at Rentschler Field.  The game will air live on CBS Sports Network.