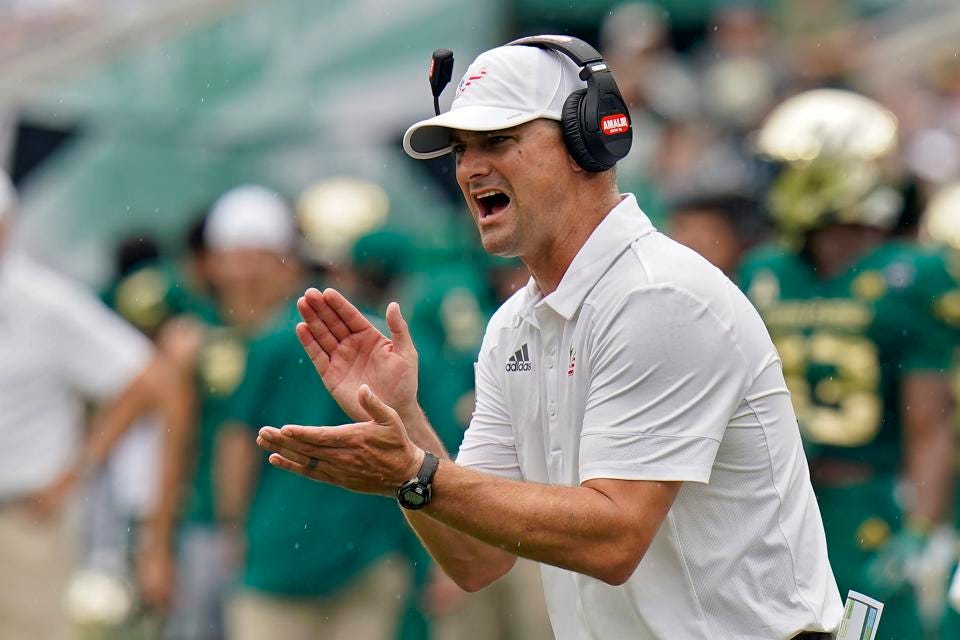 The USF Bulls are currently on a bye week. Many comments I read on social media said this is the only time the Bulls will not lose. This is the third year for head coach Jeff Scott I have been here for all three. His coaching tenure has been nothing short of a nightmare. His record is 4-24. Many have said that is because of the pandemic and having the leftovers from former head coach Charlie Strong. On the other hand, many have said that he has issues with recruiting and not having the right assistant head coaches. Either way, things must get better, and in a hurry. USF is hoping to have an on-campus stadium by the time the 2024 season opens. Who will USF bring in if Scott does not make it to the fourth season? In my honest opinion, I say that Michael Kelly will give him one more year.

The USF Bulls got horrible news of losing quarterback Gary Bohanon for the rest of the season. Bohanon hurt his shoulder in last week’s homecoming game against the Tulane Green Wave. There have also been 20 other scholarship players that are either out or have been hurt. We all know that injuries are part of football, but it makes it very hard with that many players out or injured. USF has little depth at certain positions. The starting quarterback now is Katravis Marsh. Marsh has some experience but nowhere near what many would call starter experience. Many have said that the Bulls will not win another game this season with him as a starter. For all of the fans, let’s hope that does not happen. Maybe Coach Scott can adjust the playbook around his skill set and hope it leads to some wins.

It might be that fans are using their heart instead of their brain. I think that Jeff Scott deserves another year as the USF Bulls head coach. I think he needs to step up his recruiting and hope that another class from the transfer portal will happen in 2023. This team is also very young in many of the skill positions. I attended the post-game press conference after the Tulane game, and I could tell you that Scott is downright frustrated. I know that one of the things he needs to do a better job with is discipline. Players celebrate after making tackles when they are down by many points. We have also seen where players have been taking selfies on the sideline when their heads should be in the game. I also know that USF does not have the best talent, but I still think they can win.

I believe that Charlie Strong left the program a mess. Fans immediately excepted Jeff Scott to make it great again. It doesn’t work like that. With the 2020 season being just in the conference schedule because of coronavirus. I am going to give him a pass on that. I know we want to see the team make steps forward and we have not seen that. Most of the games this season have been almost won. Unfortunately, fans and alumni will not accept those. The Bulls do not have the easiest of schedules from the start of the season. In my opinion, the best game they have played this season was against the Florida Gators. That is a game that they should have won. The only two games that they were outplayed were BYU and Louisville. Had some things gone a different way they could be going to a bowl game.

Many have said because of the injury to Bohanon, Scott will get another season. I know that UCF has been a better program and will be leaving the conference next season. If USF had been playing better maybe, they would also be heading to the Big 12. The conference will get easier to play in next year. UCF, Houston, and Cincinnati will also be leaving the conference. I know that sounds dumb but maybe the USF Bulls will be better and be able to put up more wins with the three good teams leaving. I am not sure how much Jeff Scott’s buyout will be, but it would hurt the on-campus stadium if it happens. USF is not like one of the major universities in the state as far as money.