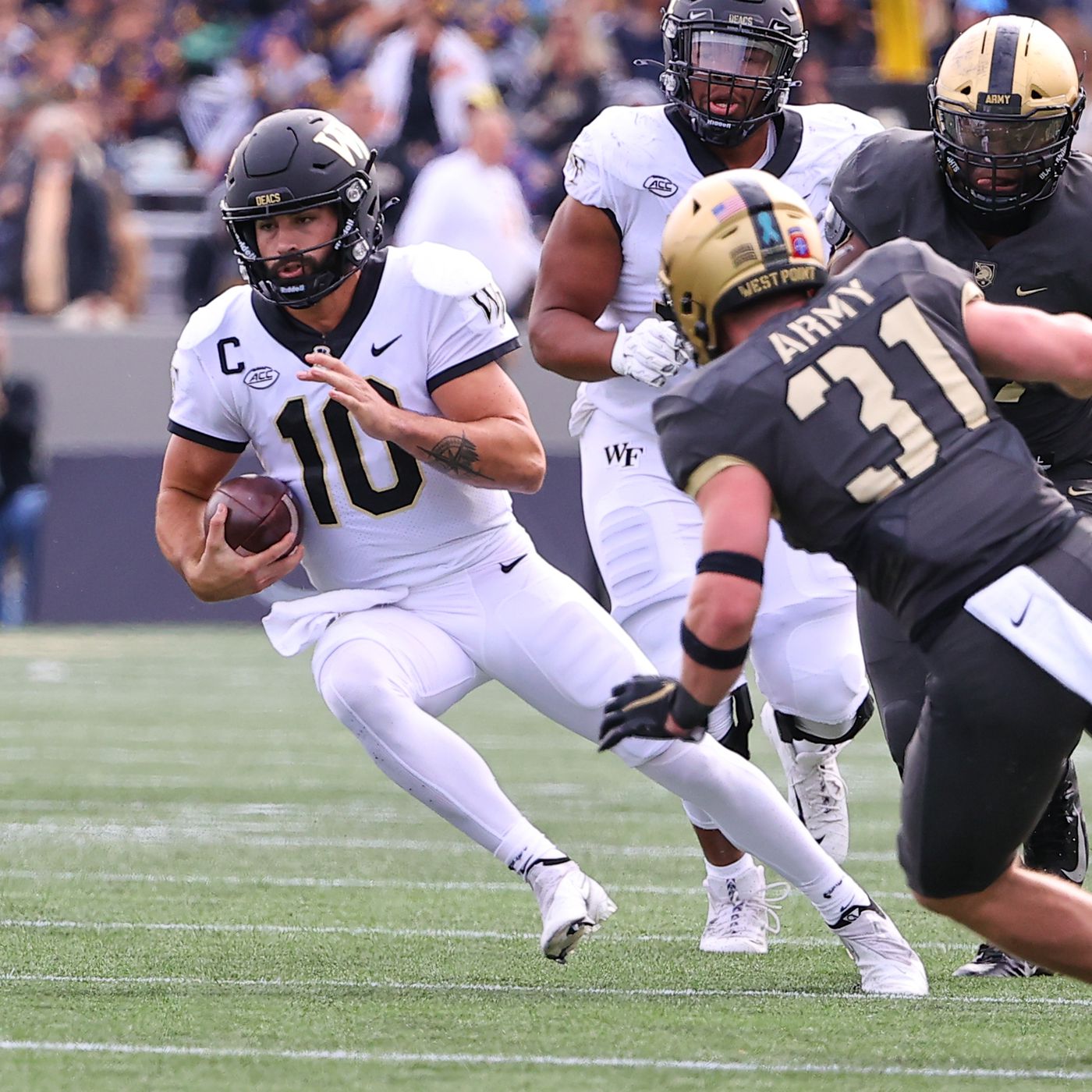 It was one of the weirdest, wildest, and most wonderful days of my life. A year ago I arrived on the campus of Army at West Point around 9 am for a pregame tailgate before the 12-noon kickoff between the Army and West Point football teams.  Then everything stopped. Cars lined up everywhere in all directions for miles, spread out all over the sprawling campus along New York’s Hudson River. It took me forever just to ditch my car somewhere not even close to the stadium.

Late for my tailgate – like thousands of other people trapped in traffic – I finally got to the game flustered, frustrated, flummoxed, and fired up. There were toilets that looked like they were built during the times of the ancient Romans. Before kickoff, some guy in Army fatigues parachuted down from the sky onto the field.

And then Sam Hartman, the quarterback for Wake Forest, dropped a bundle of bombs leading to 100 or so touchdowns in 19 minutes of offensive possession time – a record. Problem was, Army scored 98. Right now one year later Wake Forest and Army players still stand open in the endzone catching TDs, a never-ending point-producing phantasmagoria.

With last year’s score around 55 to 50, one of my friends shouted: “Hey defense, can we get a stop out there?”

No, there were no stops. This amount of spellbinding and speedy scoring none of us had ever seen and never will again.

But the wackiness wasn’t confined to the field or the roads.  Two rows in front of me a constant stream of supermodels sat down and stared at Matt James, a former Wake Forest wide receiver who starred on “The Bachelor” TV show.

The world’s most tangled traffic jam, the highest-scoring football game ever, and a parade of bombshells in the grandstands. In the end, none of this meant spit to me because Wake won the game.

Now here comes Army again back into our lives, marching into Winston-Salem to play Wake Forest again at Truist Field on Saturday. Can any of us take another three hours of torture watching these two teams play?

Might as well embrace it. Right before kickoff, I envision the Demon Deacon parachuting in, landing on the 50-yard line, and hurling Krispy Kreme Donuts, Bojangles Biscuits, and rolls of white toilet paper into the crowd. We will all roll Truist Field.

I see Hartman launching heavy artillery on Army all day long, leading his delayed run-pass option mesh offense to 157 points that will make the scoreboard explode like a fireworks display. I see Army’s offense going for 147, faking the donuts out of our defense with the triple option scheme, and hitting our defensive lineman with blocks they don’t see from directions they don’t expect.

Another nightmare. More torture. Bombs flying. And liars all over the field.

It’ll be hard to watch and endure and none of it will be believable. But if Wake Forest wins, and Army marches back to West Point with its second straight loss to the Demon Deacons, I’ll salute those fine soldiers and fire my fist in the air.