Emotions run high from the beginning sound of the whistle at kickoff until the clock expires. One team gets to improve another week, and the other team has the harsh reality of adding a loss to their record. The NFL season is still fresh, but there have been a few suspensions around the league that will impact two teams’ depth charts for key matchups this season.

Kansas City Chiefs linebacker Willie Gay Jr. has been suspended for the next four games for violating the NFL’s personal conduct policy, according to Bleacher Report. He was arrested on a misdemeanor charge of criminal property damage of less than $1,000 during the week of their (Kansas City) AFC divisional round playoff game against the Buffalo Bills. Apparently, he was visiting his son and got into an argument with the child’s mother.

Through his first two games of this season, he is tied for second on the Chiefs with 16 total tackles, and two passes defended. His suspension will cause him to miss tough matchups against the Tampa Bay Buccaneers, Indianapolis Colts, Las Vegas Raiders, and Buffalo Bills.

Gay Jr. will be missed on defense against the Buccaneers’ and Bills’ offense. He will not be there to pass rush Tom Brady or Josh Allen, which are the keys to both teams’ offenses. Speaking of Tom Brady and the Buccaneers, there was a huge scuffle in that game the other day that resulted in the suspension (one game without pay) of Buccaneers’ wide receiver Mike Evans.

When you look at the footage of the heated incident, you can see that Tom Brady said something to an opposing player first. He was seen throwing a tablet (for a second time) during the same game against the New Orleans Saints.

NFL’s vice president of football operations Jon Runyan wrote (in a letter to Evans), “After a play had ended, you were walking towards your sidelines. When you noticed your teammates engaged in a confrontation with Saints players, you ran toward that area on the field and violently threw your body into and struck an unsuspecting opponent who was part of that confrontation. You knocked your opponent to the ground and a melee ensued involving players from both teams. Your aggressive conduct could have caused serious injury to your opponent and clearly does not reflect the high standards of sportsmanship expected of a professional.”

The player that he showed aggression toward was Saints cornerback Marshon Lattimore. But apparently, this isn’t the first time these two have been in heated incidents together. Evans was suspended in 2017 for one game for running onto the field and shoving Lattimore. On a separate occasion in 2020, Lattimore was fined $10,500 for unnecessary roughness for shoving Evans in the back.

Now that I have given you the backstories of these suspensions. Here are my opinions about the incidents and suspensions, and why they should never have happened in the first place.

We have seen domestic violence incidents involving professional athletes several times. The fans and other spectators do not know the entire situation when it happens. I’m not enabling it whatsoever. Athletes need to do better and understand that they are figures of their communities; who unconsciously set good and bad examples for the younger generation of athletes.

When it comes to competition, I am a person that is an advocate of sportsmanship. I believe in being a great teammate and respecting my opponents (regardless of what they do or don’t do towards me). I know how it gets in the heat of the moment, but this is where self-control and professionalism come in.

Evans is a nine-year veteran and there is no excuse for this type of behavior. I understand the need to “have your teammate’s back.” I get it. This isn’t high school football, where you get benched and run hills and bleachers for punishment. There are hundreds of thousands of dollars at stake. A player that gets suspended (whether it’s from failing a drug test or conduct), disrupts the depth chart and chemistry of a team.

It will be interesting to see what will happen when these two guys return from their suspensions to the lineups of their respective teams. Hopefully, they’ll have put their shortcomings behind them and be assets for their team every week. 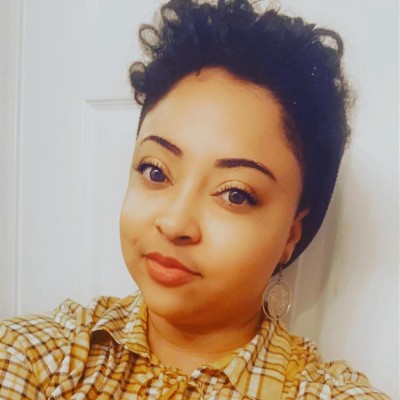 The OT Miracle in Tennessee

Cedrick Wilson signs RFA tender to remain with the Cowboys