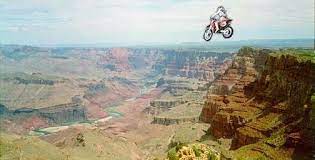 The college basketball transfer portal has turned into something we’ve never seen before. It’s unsettling enough that these college universities are offering these players millions of dollars to play on their teams and setting up lifetime annuity-driven trust funds for the players and their extended families.

But the players and schools have taken the negotiations and terms for joining new teams to new places in ways never fathomed until now.

This exclusive story lays out negotiations now underway between universities and the top college basketball players in the transfer portal. Colleges are desperate to get these star athletes on their team so their programs can win more games, buy bigger houses with pools, generate more TV deals and advertising revenues, and make hundreds of millions of dollars for their universities.

But Sureshot won’t commit to the U. of South Dakota unless his bust is twice as big as the other four and is painted the school colors, red and white but with a blue nose so his bust has the colors of the United States flag. He also demanded that his bust also show his arms where he’s holding a red, white, and blue Coyote because the school’s nickname is the Coyotes.

“And I want them to sculpt a road runner next to my bust so people can imagine the coyote chasing the roadrunner like in that 70s TV cartoon,” said Sureshot.

Jimmy Jumphigh is considering taking his talents to San Joaquin Valley College – Modesto because the college has offered him all 1,169 square miles of Yosemite National Park, a quick three-and-a-half-hour drive from the campus.

Although offered five million dollars in cash, Jumphigh wouldn’t commit to the college unless he was offered this sacred and treasured piece of American land that would make him and his family independently wealthy for the next five centuries.

The University of Colorado Buffaloes pulled out a similar land deal. They offered transfer portal star Quincy Quickfeet 50 percent of the Grand Canyon. Although public land, the state of Colorado wants to have a great college basketball team so agreed to release half the Grand Canyon to the family estate of Quickfeet.

But Quickfeet got greedy. He demanded the university also buy him a farmhouse near campus where a dozen Colorado buffalo would roam on his property so he would watch them mate and such. But the university had to provide caretaking services for the land and animals because he would be busy playing basketball and scaling up and down the edges of the Grand Canyon during his free time.

He also plans to fly over the Canyon in a motorcycle like Robbie Knievel did in 1999. “But Robbie only flew 200 feet,” said Quickfeet. “I’m gonna fly 400 feet.”

On the other side of the country, the University of Florida offered Bobby Bigshot the state’s entire Cape Canaveral space rock facility. Bigshot pushed for more.

“I also insist on being the owner of the National Aeronautics and Space Administration,” he said. “That includes the entire bureaucratic apparatus in Washington, D.C. I figure after playing hoops for the Gators for a few weeks I can just quit because I’ll be loaded for life. Who needs an NBA salary when they own these multi-billion-dollar enterprises?”

Up in the Northeast, our nation’s most respected academic institution, Harvard University, is caught up in the to transfer portal game.

“Harvard has blown in hoops forever,” said the university president. “The transfer portal is our opportunity to put Harvard basketball on the national map.”

The nation’s most prestigious university is going after New York Prep School standout and former Dartmouth player Ernie Egghead. In high school, Egghead scored a perfect 1600 on the SAT and a perfect 36 on the ACT and finished as the valedictorian of his senior class of 4,567 students with a grade point average of 5.3.

Sensing he has leverage, he’s using his high IQ to demand to be given the entire $53.2 billion Harvard endowment.

“Harvard doesn’t need all that endowment money,” said Egghead. “They might as well give it someone who deserves it like me who is wicked smart and will invest the money in mutual funds and junk bonds so it compounds 10-fold over the next five years.”

Harvard agreed to the deal as long as Egghead played for the Crimson for at least one full year before he enters the transfer portal again seeking more assets to add to his portfolio.

Not to be outdone, The University of Pennsylvania, Harvard’s Ivy League rival in hoops, has thrown a butt-load of assets to secure the basketball services of portal transfer Timmy Threeball. The University offered him:

Threeball demanded U. of Penn give him – for the rest of his life — unlimited supplies of Air Jordans for himself, all his friends, his Mom, Dad, uncles, and aunts.

Down I-95, the Georgetown University basketball program is doing everything it can to return to national basketball prominence after going 6 and 25 and 0 and 19 in the Best East this season. The university has offered Deron Dunkfest a bevy of Washington, D.C. assets:

To sweeten the deal, Georgetown is also offering Dunkfest ownership of several famous D.C.-area playgrounds including:

“All my boys can ball at my parks,” said Dunkfest. “This deal works for me on one condition: All the hoops need chain link nets.”