Boston College Eagles Walked Off for Second Day in a Row 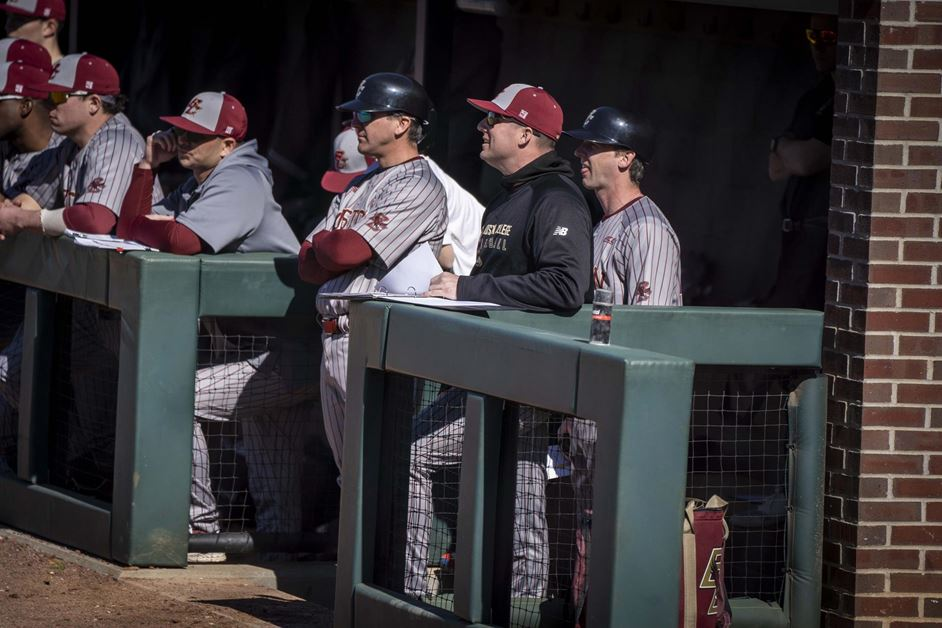 CLARKSVILLE, Tenn. – The Boston College baseball team was walked off by Austin Peay for the second day in a row, 18-17, at Raymond C. Hand Park. The game ended in the bottom of the eighth inning, due to a travel curfew, on a bases-loaded walk to Governors left fielder Knaje Guthrie.

BC led 11-1 in the fourth inning, but an eight-run fourth for APSU cut the lead to two and the Governors (2-1) eventually tied the game 13-13 in the sixth. The Eagles (1-2) went back up by four in the seventh, but Austin Peay answered with a two-run home run from second baseman Jonah Beamon in the seventh and a three-run eighth, despite just one hit in the final frame.

Vetrano (0-1) moved to the mound during the bottom of the eighth and took the loss; walking two and surrendering a hit. Sophomore right-hander John West (Shrewsbury, Mass.) started and went 3.1 innings with six runs against on three hits, three strikeouts, and three walks.

BC HIGHLIGHTS
·       Two batters into the game, Leary made it 2-0 with a home run to left.
·       The Eagles plated four runs in the second, including a three-run Leary home run.
·       BC posted a second straight four-run frame, beginning with a Ramon Jimenez RBI-single and followed by three bases-loaded walks.
·       Landwehr pushed the lead to 10 at 11-1 with a solo home run in the fourth.
·       The Eagles scored twice in the fifth; first Honeyman on a delayed-steal rundown with runners on the corners and then a solo shot to left by Gold.
·       Gold broke a 13-13 tie in the seventh with an RBI-double to left. Vetrano followed with a three-run home run to center.

UP NEXT
The Eagles are back on the road next weekend in South Carolina for games at Presbyterian and USC Upstate plus a neutral site game in Spartanburg against George Mason.