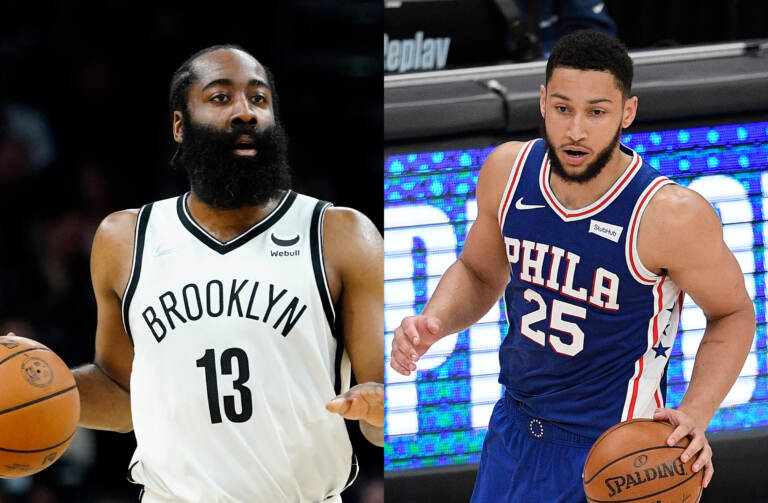 With the 2022 NBA trade deadline just passing, there have been plenty of good, bad, and questionable trades made. Here is a recap of the trades made on Wednesday and Thursday, all reported from the official NBA website. The biggest trade to come before the deadline yesterday is the blockbuster everyone was waiting for:

Easily the biggest trade of the NBA season, the two biggest stories this season have come to an end. Ben Simmons is finally on his way out of Philadelphia alongside Seth Curry and Andre Drummond. Simmons will finally make his return to the court eight months of drama between him and the Sixers. The Brooklyn Nets get much-needed defense out of Simmons, who will be able to focus more on the defensive end being alongside shooters like Kevin Durant and Kyrie Irving. Seth Curry will be a good fit as a potential starting guard when Kyrie is out. The trade also benefits Drummond, who will most likely start in Brooklyn after coming off the bench behind Joel Embiid in Philly.

For Philly, the weight has been lifted off the organization’s shoulder. Gaining one of the best shooting guards in the league, the pairing of Harden and Embiid automatically becomes one of the best duos in the NBA. This trade helps Philadelphia’s odds of winning a championship as Harden already decided to opt-in to his contract for next season. While the team did have to sacrifice two first-round draft picks, this trade should see immediate benefits for both teams.

In the final minutes of the trade deadline, the Dallas Mavericks made quite the surprising move:

There were plenty of rumors about some tension in Dallas involving Porzingis and members of the Wizards wanting Dinwiddie gone. This trade looks like it could be the very beginning of the Wizards rebuild as they did make another trade. For Dallas, this move gets another playmaker alongside Luka, which was desperately needed. In addition, Bertans will fill in nicely on the Mavericks roster. For Washington, Porzingis will fill in on the team for the time being. With Bradley Beal out for the rest of the season, it’s likely the Wizards will try for the NBA play-in tournament, but who knows what will happen with the team in the offseason. In addition to Spencer Dinwiddie being on the move, the team also traded Montrezl Harrell to the Charlotte Hornets in the following move:

This trade comes as a surprise as the Hornets were looking to trade for Indiana Pacers big man Myles Turner, who Indy decided to keep. Charlotte has been on a slump as of late but adding Harrell will give the team a small boost while they look to get back on track.

Also coming in minutes before the trade deadline, Boston made the following trade:

This is a small trade to get another big man back on the team while Boston looks to add some veterans and shooters off the buyout market. Freedom has already been waived by the Rockets and many believe the same could happen for Schroder. If he is waived, it’s likely there will be multiple suitors for Schroder, as he was linked to many teams before the deadline. In addition, the following smaller trades occurred prior to the deadline:

Many of these trades see role players moving around, some of which will most likely be waived. While it’s important to talk about the trades that were made, it’s also important to talk about the teams that did not make any moves. On the final day of the trade deadline, the Warriors, Bulls, Grizzlies, Heat, Knicks, and Lakers were the key teams to not make moves. The Warriors, Bulls, Grizzlies, and Heat have solid teams and are waiting for players to come back from injury while they sit in the top tier of their respective conferences. The Bulls were rumored to be interested in multiple players, but no moves were made. For the Knicks and Lakers, it is extremely shocking that the teams did not make a move. Many expected the Knicks to move Kemba Walker and Cam Reddish while looking for another guard and the same could be said for the Lakers and trading Westbrook. In addition, many were shocked to see names like Damian Lillard, Bradley Beal, Jerami Grant, and John Wall not moved. It’s more likely that we’ll see those names moved in the summer.