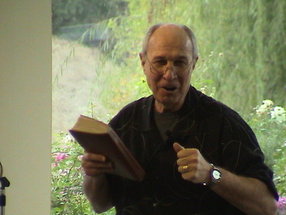 John Werhas, who resides in Sisters, Oregon, was once the Pastor Emeritus of a church in Yorba Linda, California.

He is also one of 609 men currently not receiving an MLB pension. Other men in the same boat include Dallas, Oregon native Darcy Fast who, following his time pitching for the Chicago Cubs, serving as a pastor in Centralia, Washington. Ditto Pastor Tom Johnson, who spent his entire career pitching for his hometown Minnesota Twins. He now saves souls instead of ballgames at the Church of the Open Door, in Minnesota, while also running the non-profit Good Sports International in Slovakia.

Pastor Werhas, who turns 84 in February 2022, played major league baseball in the mid-1960s. He doesn’t receive a traditional pension because the rules for receiving MLB pensions changed over the 1980 Memorial Day Weekend. Pastor Werhas and the other men do not get pensions because they didn’t accrue four years of service credit. That was what ballplayers who played between 1947 – 1979 needed to be eligible for the pension plan.

What’s more, the payment cannot be passed on to a surviving spouse or designated beneficiary. So none of Pastor Werhas’ loved ones will receive that payment when he dies.

By comparison, post-1980 players only need 43 game days of service on an active roster to get a pension.

During his playing career with the Los Angeles Dodgers and the California Angels, Pastor Werhas – who was nicknamed “Peaches” — collected 29 hits, including three doubles, two triples, and two home runs, and scored 15 runs while knocking in an additional 14.

These days, those statistics would be enough for “Peaches” to receive a pension. What makes this so unseemly is that the national pastime is doing very well financially. The average salary is $3.7 million and the 25th man on the bench makes $575,500.

As for the union representing current players, the Major League Baseball Players Association (MLBPA) has been loath to divvy up anymore of the collective pie. Even though one post-1980 player recently told me the union’s players’ and welfare fund is valued at north of $4.5 billion, MLBPA Executive Director Tony Clark – a former Detroit Tigers All-Star — has never commented about these non-vested retirees, many of whom are filing for bankruptcy at advanced ages, having banks foreclose on their homes and are so sickly and poor that they cannot afford adequate health care coverage.

In my opinion, Pastor Werhas and all the other men are being shortchanged by a sport that can afford to do more for them. Just increase the bone that is being thrown these men to $10,000 a year. Are MLB Commissioner Rob Manfred and Clark suggesting they can’t afford to pay these men more? Given the economics of the sport, $6.09 million is chump change.

Besides, just look at the free-agent contracts recently agreed to by no less than Marcus Semien, one of the eight members of the union’s executive committee. Semien agreed to a seven-year, $175 million deal with the Texas Rangers. Don’t you think he owes some gratitude to the men like Werhas, Fast, and Johnson?  They were the men who walked the picket lines, went without paychecks, and endured labor stoppages all so free agency could occur in the first place.

Yet Clark, who inked free-agent deals with the Arizona Diamondbacks, the San Diego Padres, the Mets, and the New York Yankees, refuses to lift a finger to help these men.

I know Pastor Werhas’ life’s work transcended money, but I’m sure I read something once in a good book about fair play, kindness, and helping those who are less fortunate being pretty important character traits.

What does that say about the folks running MLB and the union? After all, if it’s not nice to fool Mother Nature, can you imagine how much trouble you can get in for taking advantage of a man of G-d?

Especially one who’s already proven to be an Angel.

A freelance writer, Douglas J. Gladstone is the author of A Bitter Cup of Coffee; How MLB & The Players Association Threw 874 Retirees a Curve. His essay, “When Pitchers and Batters Become Ministers and Deacons,” appeared in the March 26, 2020 edition of America: The Jesuit Review. 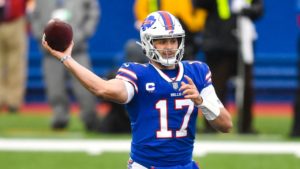 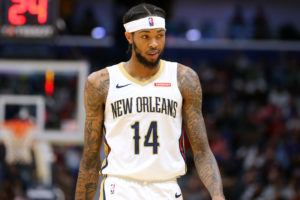 Next post Brandon Ingram: Should He Request a Trade; What Do the Pels Get Back?