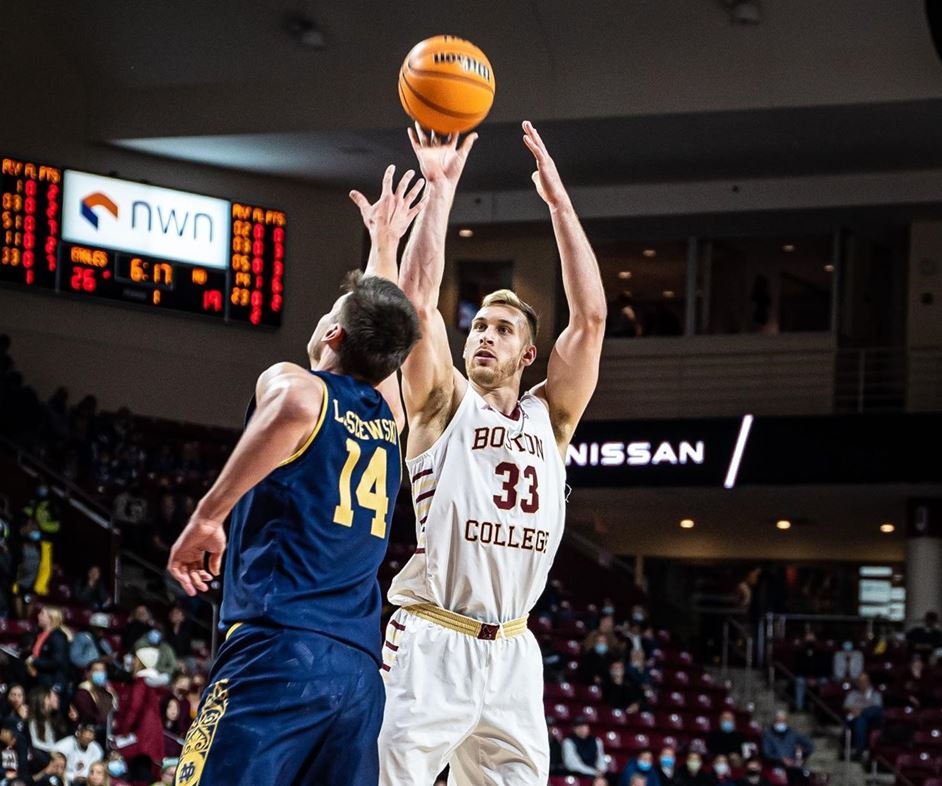 CHESTNUT HILL, Mass. (AP) James Karnik had 17 points and tied his career-high with 13 rebounds, Quinten Post scored 13 points and Boston College never trailed in its 73-57 win over Notre Dame on Friday night in the Atlantic Coast Conference opener for both teams.

T.J. Bickerstaff scored 12 of his 14 points in the second half and Makai Ashton-Langford and DeMarr Langford had 10 points apiece for Boston College (6-3).

Karnik hit a 3-pointer 17 seconds into the game to spark a 7-0 opening run and finished the first half with 11 points and 11 rebounds. The Eagles outrebounded Notre Dame 24-12 in the first half and converted eight offensive rebounds into 12 second-chance points – six by Karnik – to take a 37-27 lead into the break.

The Eagles are just 13-26 all-time, 3-13 in ACC play, against Notre Dame, and have won back-to-back games in the series for the first time in nearly 25 years.

Bickerstaff hit two 3-pointers and Ashton-Langford added another before Karnik made a layup to cap a 15-2 run to open the second half and give Boston College a 52-29 lead with 14:34 to play.

Notre Dame has lost three games in a row and four of its last five – with its lone win over that span coming against Division II Chaminade.