There are several ways you can look at the season that was for Boston College football. Their overall record of 6-6 sounds all too familiar to fans of the program. The conference record is nothing to brag about either at 2-6. Yet the Eagles are heading to a bowl game for the sixth straight year hoping to snap a two-game end-of-season losing streak. They have a chance to finish the year with seven wins. Plus, there are other bits of news to take into consideration when you begin to look at the future of this program. Let’s take a look at how things ended and are set up for the years to come.

The first bit of good news is the contract extension of head coach Jeff Haffey through the 2026 season. If Boston College is to grow this program, then consistency with the coaching staff will go a long way toward that goal. Haffey has won twelve games so far at BC, which ranks him second among Power-5 schools that hired a new coach during the 2020 coaching cycle. He is tied with Michigan State’s Mel Tucker with that number. On the recruiting trail, December 15 is a big day for him and the program. If all goes well, and the class shows up as planned, it will be one of the best to show up at the heights in quite some time. rivals.com has the class ranked #23 in the nation and #4 in the ACC. 24/7 Sports rates the class as #26 in the country. High praise indeed for the coach’s first-class heading to campus.

The post-season awards list is also a source of good news for the team as well as a bit of a head-scratcher. For a team that finished with two conference wins, to have 12 make All ACC selections is a bit of a surprise. The Eagles placed two linemen on the first team. Zion Johnson and Alec Lindstrom both made the first team on offense. For Johnson, it is the first time on the first-team squad, and third time overall he has made the list. For the season that just ended, Johnson allowed zero pressures, and during his career, he has allowed only one sack in over 2,200 snaps at BC. Lindstrom made the first team for the second straight year. He allowed only one sack and two QB hits this year. He is listed as the number one guard in the country by NFL Draft.

Three more players were named to the second team, two more were added to the offensive side of the ball, and one to the defense. Running back Pat Garwo and offensive lineman Christian Mahogany. Garwo ended his year fourth in the league in rushing with 1,045 yards. He is the 19th running back in BC history to rush for one thousand years. Mahogany gave up only one penalty and one QB pressure this year. The BC defense was represented by cornerback Josh DeBerry, who despite missing the last two games, led the unit in TFL (8.0), second in INT’s with (2), fourth in tackles with 53.

WR Zay Flowers made the third team this time as he ranked in the top-10 in receiving yards with 746. He was joined by Brandon Sebastian from the defense, who ended the year with four INT’s in nine games. A knee injury limited his time on the field this year. His percentage of 0.4 picks per game tied him for the nation’s lead. Ben Petrula earned third-team selection for the fourth time in his career at BC. He owns the nation’s longest consecutive games streak at 60 games. Four more were named Honorable Mention.

All of this begs the question, with some much talent on the postseason list, how is this team just a .500 team overall and a two-win team in the league. Injuries played a part, which means the depth of this team is young and unreliable. More practice time and game action can solve this which is where going to a bowl game becomes such a big deal, because of the extra practices such an event gives you. However, if you look back at the Eagles schedule for 2021, there were wins that were left on the board. After getting off to a 4-0 start, albeit losing their starting quarterback in week two, Boston College lost four games that would come back to bite them. Losses to Clemson, Louisville, Syracuse, and Florida State turned this year into a .500 season. That is one thing that must change with this team. They must find ways to win games that they are expected to win even if they are not at full strength. Until they learn this lesson, a .500 finish may be all you can expect from this group which in this conference is not good enough. 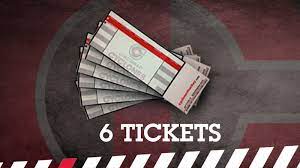 Previous post Is ACC Looking to Push Wake Forest’s Clawson Out of League? 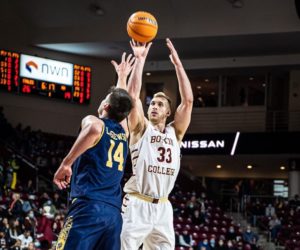