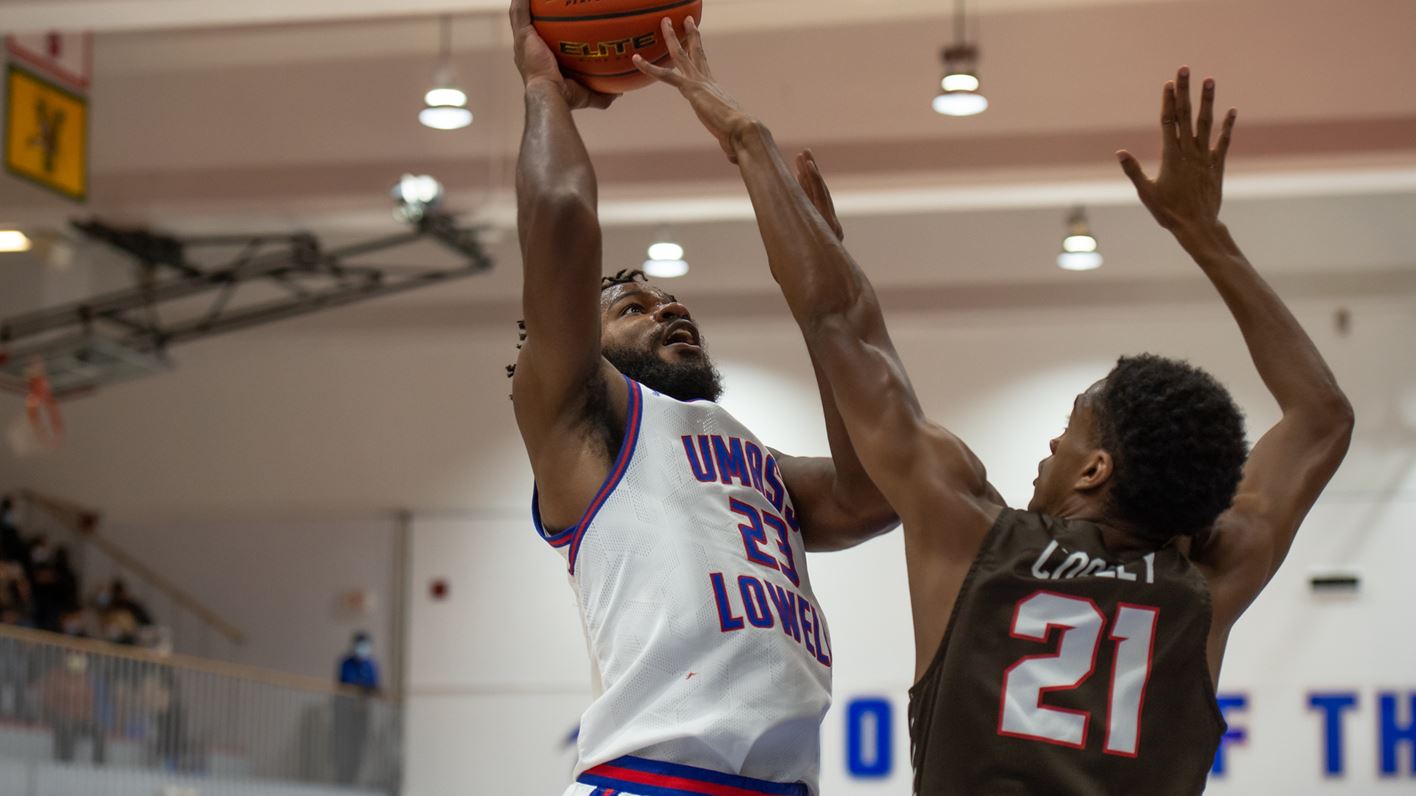 If there’s one thing that all good college basketball teams look for is good guard play, and the ability to knock down shots from the premier. On Wednesday night the Umass Lowell basketball team did not get enough of either of those things. The result is their first home loss of the young season as the Brown Bears (6-4) came to Costello and took a solid road win back with them to Rhode Island. They defeated the River Hawks (5-3) 73-63.

The Bears ended the game with three players in double figures Led by Lowell, Ma. native Tamenang Choh with 26 points. Not only did he shoot the ball well from the field (6-14), but he stroked it even better from the foul line at 14-of-16. He got help from David Mitchell (14 points) and Kino Lilly Jr. (15 points). The trio combined for 55 of the team’s 73 points on the night. The River Hawks had a hard time with all three. It did not look that way from the start as the Bears missed their first five shots and turned the ball over four times. It allowed UMass Lowell to start the game on a 5-0 run. There was more good news for the home team as sophomore forward Max Brooks was back on the court after a one-game absence due to a slight knee injury suffered in the road loss to UMass Amherst. However, Brooks’ night did not go well as he stayed in foul trouble for most of it. He would eventually foul out with seven and a half minutes left in the game after an eight point, six rebound game.

But the most glaring problem for the River Hawks in this game was their guard play. Five guards would get the chance to play various amounts of minutes in this one. Combined, they would commit 17 turnovers and shoot a collective 11-for-34. At times their decision-making and shot selection were not the best. Their performance was a far cry from what they have done to date. On this night, Brown’s guards were just better than those from UMass Lowell. The other problem for the River Hawks was knocking down shots. They were very poor from behind the arc, just 4-18, 21%. These numbers will have to get better once conference play begins because word will get out that forcing the River Hawks to become a jump shooting team may be the best way to defeat them.

Brown took a five-point lead at 33-28 to the locker room. Then they used the start of the second half to put the game away. An 8-0 run gave the Brown Bears their first double-digit lead of the night. A three from Lilly was followed by another deep bucket from Paxton Wojcik. Mitchell then scored on a layup and it was 39-28 with seventeen minutes left. The lead would grow to fourteen on free throws by Wojcik at 57-43 with 5:32 to play.

Lowell made it very interesting late on an 8-0 run with under two minutes made this a four point game at 65-61. A three from John Hall, who was good off the bench for the River Hawks (14 points), was followed up by a three-point play from Ayinde Hikim (17 points). It got the fans back into the game hoping for something special. But Brown hit their free throws down the stretch (24-28 for the game) and came away with the 73-63 win.

The River Hawks will have to regroup quickly as they will head to North Andover, MA., and a road date with the Merrimack College Warriors on Saturday night. 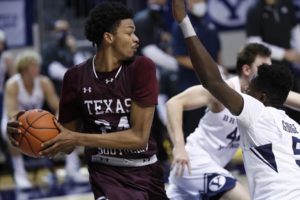 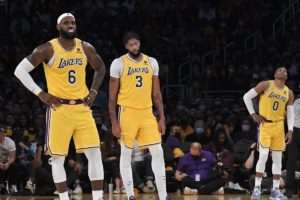