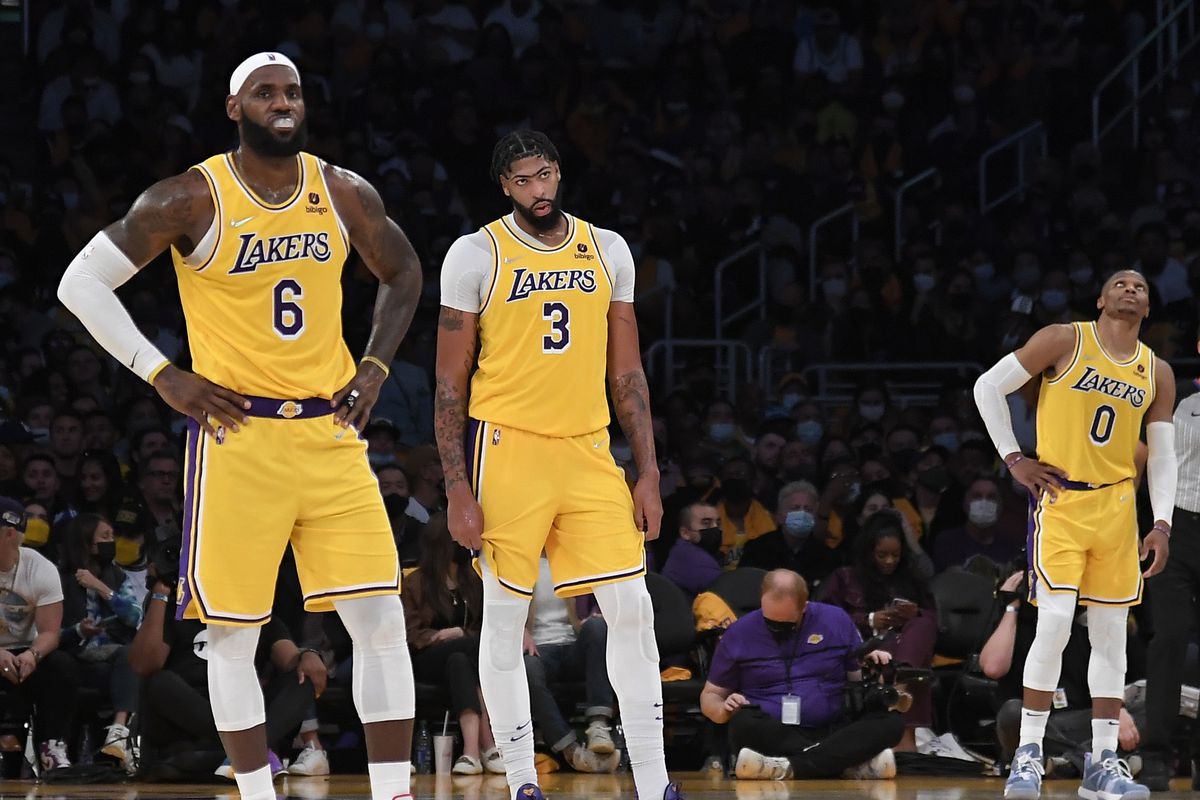 With most NBA teams have played around 20 games so far, the first quarter of the 2021-22 NBA season is complete. There have been many surprises this season so far; Golden State returning to dynasty form while waiting for Klay Thompson to return, the Phoenix Suns going on a 17-game win streak, and the Chicago Bulls sitting towards the top of the NBA Eastern Conference, just to name a few. While those surprises may have been expected, there have been several unexpected winners and losers this season.

For over a decade, the Minnesota Timberwolves have been a mainstay at the bottom tier of the NBA Western Conference. In last year’s shortened 72 game season, the Timberwolves finished 23-49, 13th in the Western Conference. After a rough year on and off the court, Karl-Anthony Towns is leading the Wolves, averaging 23.5 PPG and 9.0 RPG. Alongside Towns, sophomore Anthony Edwards looks like he’s only a couple of years away from being a franchise superstar, averaging 22.0 PPG, 6.7 RPG, and 3.6 APG. Lastly, D’Angelo Russell has improved from last year. Russell’s scoring, assists, and rebounds have all seen slight increases, while Russell has only missed two games so far this season in comparison to missing 30 games last season. While the team did go through a six-game losing streak in early November, the Wolves have won seven of their last nine games. Wins so far this NBA season have included wins over Miami, Philadelphia, Milwaukee, and a 43-point win over Memphis. Currently sitting at 11-11 and 9th in the West, Minnesota would be in the play-in tournament if the playoffs began today. While they are currently ahead of teams like the Nuggets, Minnesota can stay in play-in tournament contention if they keep playing how they are right now.

The Denver Nuggets have had a season that’s only gotten harder as time has gone on. Starting the season off with wins over Phoenix and San Antonio, the Nuggets have had ups and downs until things began to fall apart in the second half of November. Following a five-game win streak, the Nuggets went on a six-game losing streak. The Nuggets beat Miami, winning the season series, but have been blown out by Phoenix, Philadelphia, Portland, and Utah. There is no timetable for Jamal Murray to return. Michael Porter Jr. could miss the rest of the season due to ongoing back injuries. Last week, things got worse when Denver lost P.J. Dozier to a torn ACL. To make things even worse for the team, guards Bones Hyland and Austin Rivers are currently in the NBA health and safety protocols. Plagued by injuries, Denver is in a bad state right now. While reigning MVP Nikola Jokic is playing his way into the MVP conversation, the fate of the Nuggets season will depend entirely on him.

Last season, the Washington Wizards barely squeezed into the NBA playoffs before being eliminated by the 76ers in the first round. When Russell Westbrook was traded to the Los Angeles Lakers for a package including Kyle Kuzma, Kentavious Caldwell-Pope, and Montrezl Harrell, many were expecting the team to be at the bottom of the East and star Bradley Beal to request a trade. A quarter of the way through the season, the Wizards are currently sitting at 14-8, 3rd in the Eastern Conference. Although Bradley Beal’s scoring has dropped off from last season, he has help from several key role players this year. Montrezl Harrell’s scoring, rebounds, and assists have all gone up after last season with the Lakers. Another former Lakers, Kyle Kuzma has seen improvement, averaging a near double-double of 13.4 PPG and 9.0 RPG. Coming off a season-ending injury, Spencer Dinwiddie is averaging 14 APG, 5 APG, and 5 RPG. While the Wizards have lost five of their last eight games, they have had dominant wins over Orlando, Memphis, and Toronto. The team has fared well against playoff teams, looking to be one themselves. If the Wizards can play this way all season, there is no doubt they will be a playoff lock come April.

The Los Angeles Lakers have had a rough season so far. In the 23 games the Lakers have played so far, LeBron James has missed 11 of those games. He’s missed several due to injury and could now miss more as he entered health and safety protocols Tuesday. If he doesn’t return to negative tests in a 24-hour period, he will be out for 10 days minimum, meaning he’ll miss games against the Clippers, Celtics, and Grizzlies. In addition to James, the Lakers are missing role players in Trevor Ariza, Avery Bradley, and Kendrick Nunn. While LeBron has been out, Anthony Davis and Russell Westbrook have been putting in the work, averaging 24.3 PPG and 20.7 PPG, respectively. On the bench, Carmelo Anthony is looking like a sixth man of the year contender, averaging 14.3 PPG. While the stats look good, the team is still building their chemistry. They’ve lost games against key opponents including Phoenix, Golden State, Memphis, and two losses to Oklahoma City. As of this writing, the Lakers currently sit at 12-11, 7th in the West. If the playoffs started today, they would be in the play-in tournament. The Lakers could see themselves in a situation like last season, which did not end well in their favor.

Simply put, Ja Morant has looked like a superstar this season. Last season, Morant had splits of 19.1 PPG, 5.6 RPG, and 7.4 RPG. While his assists and rebounds have taken a small drop, Ja is currently averaging splits of 24.1 PPG, 5.6 RPG, and 6.8 APG. In the 19 games he’s played, Ja has looked like a dark horse for MVP. Unfortunately, Morant will be out for the time being as he suffered a knee injury last week but will be back at some point this season. Thankfully, the injury was not serious like many thought it would be. The grizzles have won games against top-tier teams including the Clippers, Warriors, Nuggets, and Jazz so far this season. Right now, the Grizz currently sits at an 11-10 record, 5th in the West. If the Grizzlies can hold their own while Ja is out, there is no doubt that they will be a team to watch come the beginning of the playoffs.

There is no player in a worse situation right now than John Wall. John Wall has not played a single game as a member of the Houston Rockets this season. Younger players who have not proven themselves on the level Wall has been playing, while Wall sits at home wanting to play. In the 40 games he played during the 2020-21 season, Wall averaged 20.6 PPG and 6.9 APG, posting stats similar to his last year in Washington. Wall could be a starting point guard on several teams in the league and be a pivotal part of a championship team. The problem is his contract. Wall has a contract giving him over $40 Million this season, along with a player option giving him another $40 Million next season (which he would accept without a doubt). The contract may be untradable as many teams may be willing to take on over $40 Million on their books this season, but not next season. There’s a possibility Wall may not even play this season. The Rockets are in the second year of an obvious tank and rebuild and currently sit at 5-16, one of the worst records in the league. While the Rockets may be on a four-game win streak with wins over the Bulls and Hornets, that win streak followed a 15-game losing streak. With the Rockets going full force with the tank, it’s time to do what’s right. Let. John Wall. Go.