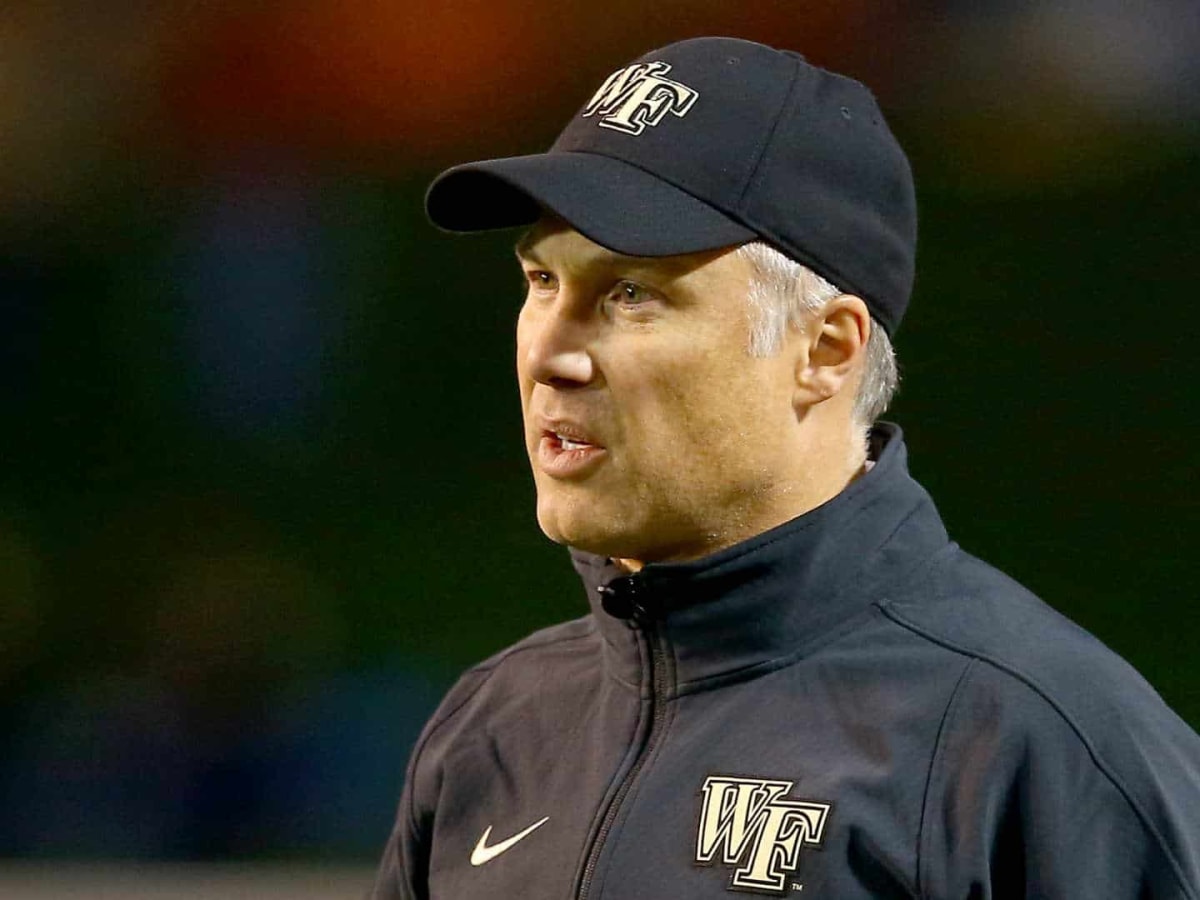 The more you watch Dave Clawson in press conferences and other press interviews, the more you realize he’s got several rules – or you could say commandments — about how to be a successful college football team. He’s consistent in repeating them and doesn’t mince words about what he means. Here are the 10 football commandments he preaches over and over again.

First Commandment: Always be honest about how your team played.

Clawson is blunt. After a game, if he feels his team didn’t play well on offense or defense or special teams, he’ll say so and specify exactly what he means. He doesn’t sugarcoat how he believes his team performed. He doesn’t try to weasel out of a bad performance by making excuses and saying his team played better than fans may have thought watching the game. He tells you exactly what he thinks, good or bad.

Second Commandment: If your team doesn’t have as much talent as other teams you play, you have to do something different to be consistently successful.

This commandment zeroes in on the foundation of Clawson’s entire football program at Wake Forest. Several opponents have more four- and five-star high school recruits on their teams than Wake Forest. So he competes in different ways, changes how the game is played.

The delayed mesh run-pass option offensive scheme is one prime example of competing in a different way. The offense is unlike any other in college football, especially how long the quarterback holds the ball in the running back’s belly before deciding whether to hand it off or pass the ball.

The offense plays offense in a novel way that competitors have not – at least for now – matched or figured out how to stop in a consistent way.

Third Commandment: If you’re an assistant football coach working for Clawson, you can’t tell him you scouted a good player who’s a good fit for Wake Forest and then tell him another school is also recruiting the same player.

His commandment is to identify players who fit the Wake Forest program and go after them regardless of any other schools that may be wanting the same player. Clawson doesn’t want to know who those schools are; it doesn’t matter to him.

Fourth Commandment: You don’t give out more scholarships than you’re allowed and then have to tell some of those athletes that you don’t have room for them later on once you find out how many actually accept the scholarship.

Many college programs play this game and Clawson will not join them. They may have 25 scholarships to give and offer 28, figuring a few won’t accept. If 27 accept, however, then the coach has to call up two of them and say they don’t have the scholarship after all.

Clawson won’t do this. Once he offers a scholarship to a player, the Wake Forest program is committed to that player. If the program offers 25 and only 20 accept, Clawson has to figure out how to fill those additional five scholarships. He accepts those difficult consequences for himself rather than committing to a high school student only to turn them down later on.

Fifth Commandment: You must set high goals for your football program.

On the day he was introduced as the new Wake Forest football coach in 2013, he said the program’s goal was to win the ACC championship and be the top North Carolina-based program in the league. This was striking because the program was unaccustomed to winning regularly ACC championships and lost often to UNC, NC State, and sometimes Duke.

Clawson said that day that you can’t set moderate goals such as hoping to go to a bowl game each season. That’s not high enough in his mind because you can get to a bowl with a 6 and 5 record and he doesn’t think that’s aiming high enough. So far he’s proven that shooting for lofty goals helps your football program consistently reach higher standards.

Clawson will flat out tell you he doesn’t buy the notion that a strong football program can’t have a team of strong academic students. To him, it’s not an either/or proposition. It’s an “and” situation meaning Wake Forest can excel in football and its players can also shine in the classroom. He won’t budge on this rule. And he’s proving it to be true at Wake Forest.

Clawson talks often about some players he’s had on his team who simply didn’t love playing football and those players weren’t good players. He doesn’t believe it’s possible to be a good player if you don’t love the game. This may seem intuitive but it’s also quite surprising that he would admit he’s had scholarship players on his team who didn’t love football. He believes only guys who love the game have a chance of being good or great.

Being a classy guy, he doesn’t name any of those guys who don’t love football. But he makes his point rather starkly that he’s had guys on his team who just didn’t love the game and he feels they’re weren’t good football players because of that.

Eighth Commandment: If you’re going to run the football for Wake Forest, you better take good care of it.

No coach likes giving the ball away, of course, but it’s clear Clawson drills this into the minds of the guys who carry the ball for his team. They know if they cough up the ball, that may be the last time the coach ever gives them a chance to run it again. In the Wake football facility, there’s a message for players to see: “The ball is the program.” In other words, you better not fumble.

Ninth Commandment: The minute you start to relax during a football season is the minute you set yourself up to lose your next game.

This coach talks often about how easy it can be to win a big game and then relax for a few days – or even a few weeks – basking in your accomplishment. You cannot succumb to this human nature to take it easy after accomplishing something important. You have to start working harder to win the next game. If you slack off, you’re going to get beat in the next game.

Whether you win or lose, Clawson believes you should take 24 hours to either celebrate or feel the pain. Allow yourself to soak in the joy. Or take the time to feel bad about having lost.

But after 24 hours, all that must end abruptly. Start focusing on how to make adjustments and strategize to win the next game. Think about nothing else but the next opponent. The past is history. The game after your next one is too far in the future. Just dial into one idea: Go 1 and 0 for the next week. Win the next game.

Take this week, for example. Go 1 and 0. Beat Pitt. And you’re ACC champions.