We hope everyone had a terrific holiday weekend and got their gift-giving off to a good start. For the league, it was more about taking than giving. The America East scored another big upset for themselves last week as UMBC (4-2) made the trip to Pittsburgh and defeated the Panthers by ten, 87-77. Maryland-Baltimore County placed four in double-figures led by Keondre Kennedy 19 points. They also did a tremendous job with the basketball as they got 20 assists on 25 made baskets. All of this while turning the ball over just eight times. The Panthers were not as protective with the ball turning it over 14 times for the game. Bench points were also a key for UMBC as they outscored Pitt’s bench by a 33-26 margin In their two victories last week, the Retrievers averaged 92.5 points, and Kennedy averaged 20 in those games.

Stony Brook (2-3) got into the act by knocking off the preseason favorite in the Ivy League last week. The SeaWolves took care of Yale 85-81 behind 22 points from Frankie Policelli. He was one of five in double-figures for the Seawolves. Points in the paint and bench points did the trick for Stony Brook despite Yale placing five in double-figures as well. The pre-season favorites have gotten off to a slow start. But with plenty of time to go before conference play gets started, the Seawolves will be heard.

A couple of coaching milestones were reached last week. In Lowell, coach Pat Duquette picked up win #100 for his career with the River Hawks as they easily took care of Fisher College on Saturday. UNH head-man Bill Herrion reached career win #200 on the road at Holy Cross on Saturday afternoon. Congrats to both on reaching these milestones.

If the Wildcats (3-2) are going to reach their goal of making the NCAA tournament for the first time in program history, then Jaden Martinez will be one of the reasons it happens. The senior forward from Cibolo, Texas had himself quite a week in helping his team go 2-0. In a late afternoon home game vs Quinnipiac on Tuesday, Martinez was on fire. His double-double of 33 points and 14 rebounds speaks to how he was able to handle the Bobcats all by himself. He would shoot 13-of-15 from the floor including 2-of-3 from behind the arc. He played 36 minutes and committed only one foul and one turnover. He followed that up on Saturday at Holy Cross with 20 points and seven rebounds in the win over the Crusaders. For the week, Martinez shot a blister 77% from the field (20-26) and was named Player of the Week for his efforts.

The Rookie of the Week is quickly becoming a familiar name. Justin Neely from Miami, Florida, and UAlbany was named for the second straight week. In 21 minutes of game action at Eastern Illinois, Neely contributed eight points and four boards in the team win. In two games last week, Neely averaged six points and three rebounds. It may be only a matter of time before Neely finds a spot in the starting five.

Next week we will be back with more from the America East Conference. 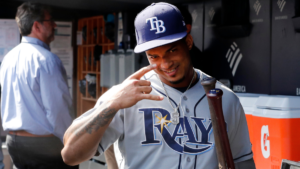 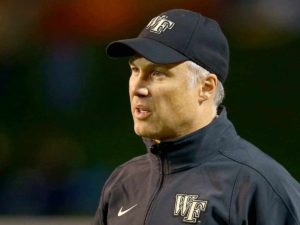