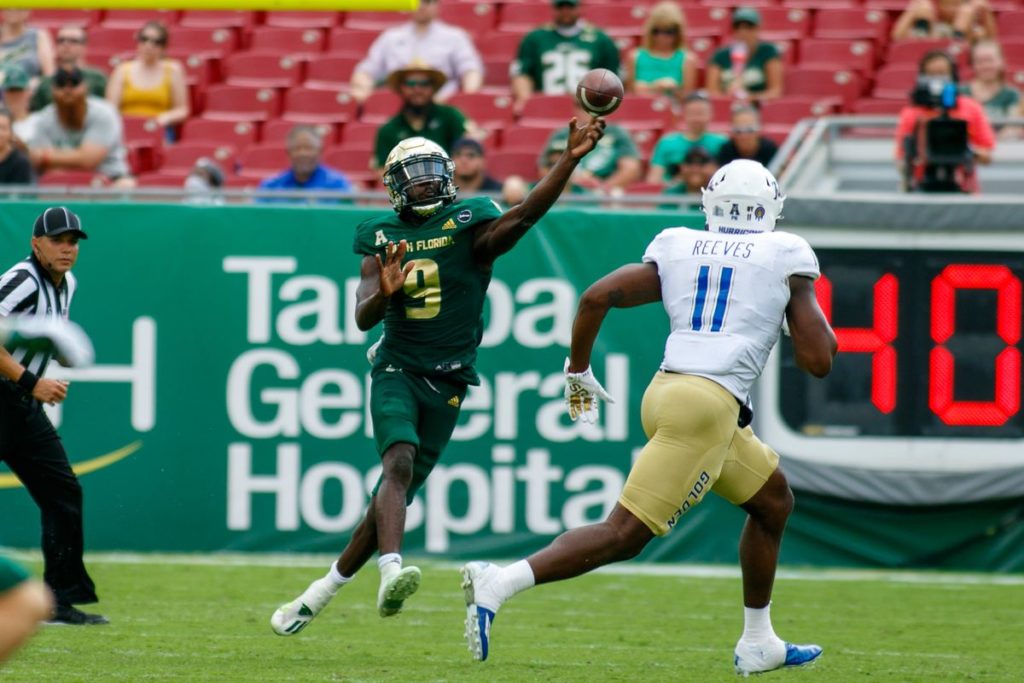 The USF Bulls had a bye week and returned home to host the Tulsa Golden Hurricanes. The crowd at Raymond James Stadium was very small. The fans want to see a winning program and in the present moment, the Bulls are far from it. This team has not won a conference game since 2019. I have seen on many different social media platforms that Jeff Scott is a horrible coach. They are also wondering why he is still the head coach. Scott, like many of the coaches, gets a bye because of Covid-19 last year. This year USF has one of the hardest schedules in college football. At the start of the schedule at the time the Bulls played them, they were all ranked in the top 25. This game was A tale of two halves. This is what happens to a young and inexperienced team.

The USF Bulls got an early field goal and led for what seemed like a long time, up by 14 points in the second quarter. I have not seen the team that I saw in the first half in a long time at a USF game. The team had caused three turnovers which led to points. One of the turnovers was an interception that led to a touchdown. The defense seemed to have a hold on the Golden Hurricane offense. The offense was clicking too as they had 24 first-half points and led by four going into the half. Many of us thought the streak of conference losses was finally over. Unfortunately, this was just the first half of the game. Tulsa went in at the half and made the necessary adjustments.

The Golden Hurricanes were looking to win two games in a row. They trailed by four points going into the second half. They took advantage of the USF Bulls not continuing to play as they did in the first half. In the third quarter, they scored no points and the Bulls were up 11 points going into the final quarter. The Golden Hurricanes scored 12 points in the final quarter, one more than the Bulls, and had the lead. They scored late and took the lead with 48 seconds left in the fourth quarter. The Bulls needed to get into field goal range. They had no time-outs at the time and took a sack which cannot happen. USF turned the ball over on downs and the Golden Hurricanes took a knee and the game was over.

My take on the game is a young team with a rookie head coach who does not know how to finish games. In all the past games, the USF Bulls have been down at the half and had to come from behind in the second half. This is the best I have seen the Bulls play this year in the first half. If they had finished the game the way they started it, we would be talking about their first conference win since 2019. Unfortunately, it is another game that should have been a win but is another loss. How many more games are they going to have like this? That is a hard question to answer. Hopefully this upcoming Saturday night against the Temple Owls, USF can finally get a conference win for the first since 2019 and under Jeff Scott.