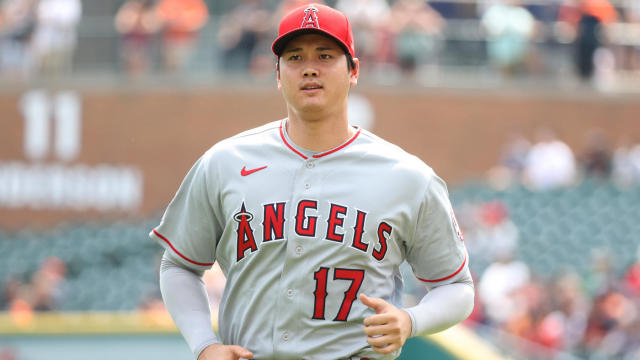 DETROIT, MICHIGAN - AUGUST 19: Shohei Ohtani #17 of the Los Angeles Angels warms up prior to playing the Detroit Tigers at Comerica Park on August 19, 2021 in Detroit, Michigan. (Photo by Gregory Shamus/Getty Images)

The last week in MLB was about a player making franchise history, a player will be retiring after next season, and a first baseman will undergo season-ending surgery.

Los Angeles Angels two-way player Shohei Ohtani made franchise history over the weekend in the series against the San Diego Padres.

The first player in Angels history to record 40+ home runs and 20+ steals in a season?

None other than Shohei Ohtani 💨

This year, Ohtani stole his 20th base and became the first player in team history to have a season with 40 home runs and 20 stolen bases.

He is the first American League player to reach those marks since Curtis Granderson did it with the New York Yankees in 2011.

Ohtani is the first Japanese-born player to have a season with at least 40 home runs and 20 stolen bases, per MLB Stats.

Shohei Ohtani is the first Japanese-born player with a 40 HR/20 SB season. pic.twitter.com/bOc5hAWH3J

Ohtani has had a remarkable 2021 season which will be remembered.

Ohtani has been masterful on the mound and when he steps in the batter’s box.

I am hopeful that Ohtani can stay healthy to have several seasons of showcasing his two-way talent.

St. Louis Cardinals catcher Yadier Molina has said he will retire after the 2022 season, per Katie Woo of The Athletic.

Yadier Molina says the 2022 season will be his final season. #STLCards

Molina signed a one-year extension with the Cardinals last week worth reportedly $10 million.

The backstop has spent his entire career with the Cardinals and will retire with the club.

We should not take this for granted as it is quite rare for a player to spend their entire career with one franchise.

He was known for being a stout defensive catcher early in his career and developed into a better hitter as the years progressed.

The value Molina has provided the Cardinals goes deeper than numbers.

He acts as an extension of the manager and knows how to handle a pitching staff.

Molina is bound for Cooperstown when he becomes eligible.

Rhys Hoskins will not play again this season. He said he will have surgery soon to repair a tear in his lower abdomen.

He recently returned from the injured list after dealing with a groin injury.

The loss of Hoskins is enormous for the Phillies as they are battling for a playoff spot.

Hoskins was a significant contributor for the Phillies this year when healthy.

The team will miss his bat in the lineup, and it will be more challenging for them to have a chance of making the postseason.