Golf: Three Fun Games That Could Be Played On The Course 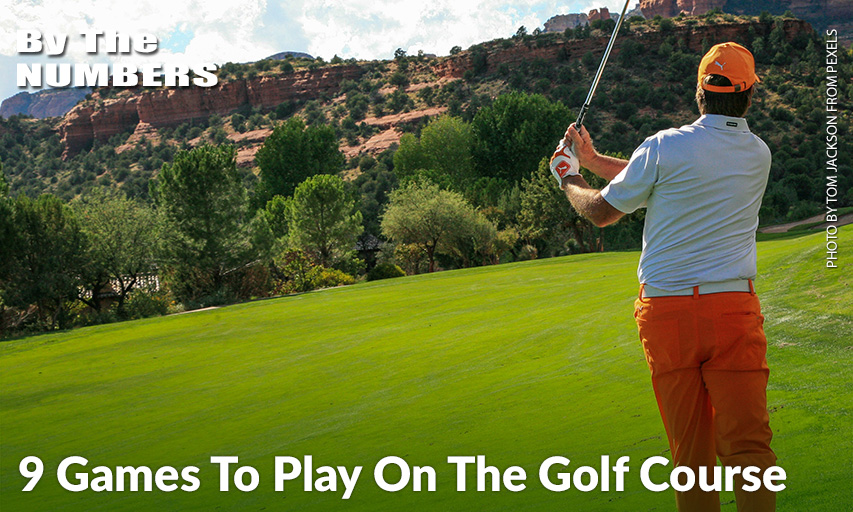 Last week, I wrote about drinking while on the golf course. This week many games do not have to do with drinking. I have played some of them. At one time I would go on a golf trip to Jekyll Island, Georgia. There would be 48 guys and I am not afraid to say there were so much cash-changing hands. Some golfers will not play golf unless there is cash involved. I am not one of those since the game is hard as it is. But adding the pressure of cash makes it worse. Here are three games that do not involve cash and are fun to play on the golf course.

Poker is a game that is becoming part of most of society with the emergence of the many different types of poker tournaments worldwide. I have seen many golfers use poker chips to mark their balls on the green. I carry one with me and occasionally, will use it. The game is played where these players will have 12 poker chips. Six of them are good the other six are bad. They are passed around between the four players throughout the round. For example, one of those chips could read “Three Putt”. This chip could get passed around 18 times. One player could have an eight-foot putt and gets this chip tossed to him and now the pressure is on him not to three put from eight feet. I have seen players three-putt from eight feet in the game of golf.

This game comes down to the players’ handicap. How it works is every player has a handicap. This is how many strokes every player receives. If a golfer has a 15 handicap, they will get 15 strokes. That means the one gets a stroke on almost every hole except for three of them. When you’re playing golf, every hole has a rank from 1 to 18. One is the hardest hole on the golf course and 18 being the easiest. How the game works is the player with the lowest net score after nine holes wins five bucks the same on the back nine. In the end, it would be a total of 18 holes that would win ten from every player. This is one of the most common games while playing golf. I have partaken in this game.

This game is a classic amongst the weekend warriors. Remember last week I mentioned that weekend warriors are the ones that play and drink. This game is a team game. It could end up being a 3×1 situation. On the first hole pick one through four. After that pick, keep that order for all 18 holes. On the first hole, the player chosen number 1 will tee off first and the other three will tee off on their respectable holes. When all four tee shots are hit on the first hole the first player is the wolf and picks his/her teammates on that hole. To win the hole the wolf and his/her teammates must have a lower score than the others. The wolf can decide to go to a golf hole alone if he/she decides to do that.

These are just three of the many that are in the golf world. All of them can be fun. I have played in the five-five-ten many times. That game was played on the golf trip that I mention to Jekyll Island. The game that I would like to take a shot is Wolf. I also never said that you could not play these games while drinking. It would be fun to see all three of these played with players intoxicated. This is what could turn a non-golfer into a golfer or at least a weekend warrior.

One thought on “Golf: Three Fun Games That Could Be Played On The Course”