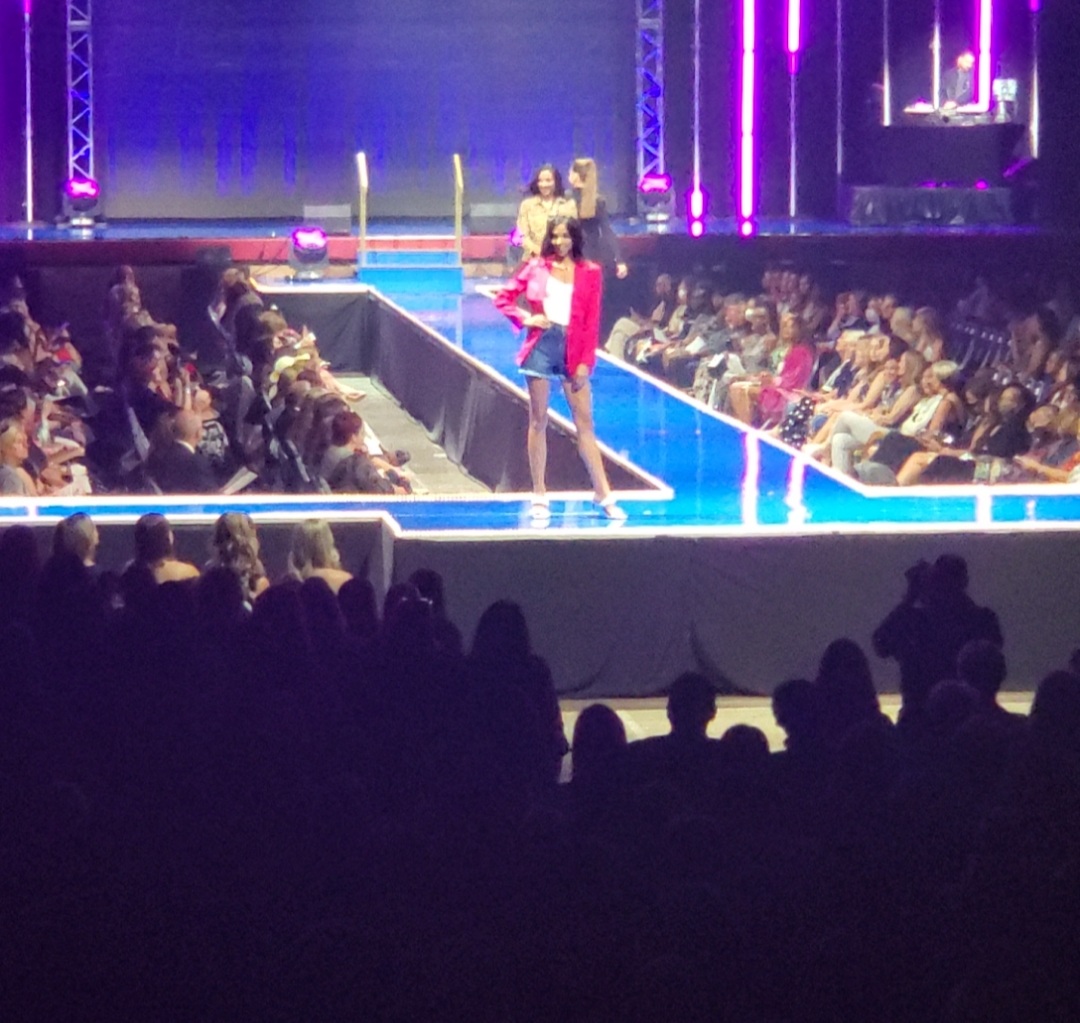 When anyone thinks of the Pro Football Hall of Fame their thoughts are centered, naturally, around the greats of the NFL who will be enshrined. However, the festivities go beyond the gridiron.

The 58th annual Pro Football Hall of Fame Fashion Show, sponsored by Crystal Clinics Plastic Surgeons, took place at the Canton Memorial Civic Center on Saturday afternoon. Guests were treated to a mimosa bar and fingers foods, a slight change from the sit-down dinner that normally comes with this event.

Once the crowd piled into the Civic Center and took their seats the event’s emcee, Stefani Schaefer, graced the stage. The Fox 8 News in the Morning co-anchor and Emmy Award winner is a native of Alliance, Ohio, and has been involved in events surrounding the Pro Football Hall of Fame for years.

“This is unique and different,” Schaefer told the crowd of nearly 1,800 people. “I’m thrilled we are back together after the year we had.”

Before the models took the runway Schaefer took time to acknowledge the wives of  Hall of Famers. Mentioning that behind every good man there’s a good woman and that they should be appreciated for all that they do. The highlight of that part of the show was Leslie Blount. The wife of Hall of Famer Mel Blount of the Pittsburgh Steelers, Leslie pulled out the infamous “Terrible Towel” and waved it around in a very cool moment.

Then it was on to the actual show. The show’s models would strut their stuff in beautiful frocks, casual looks with jeans and caps, wedges, and elegant gowns from Lavender Bridal Salon based out of Dover, Ohio. 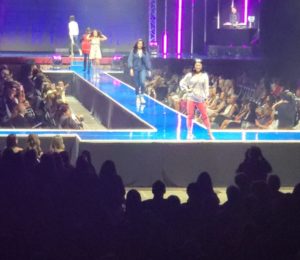 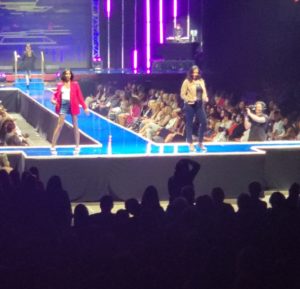 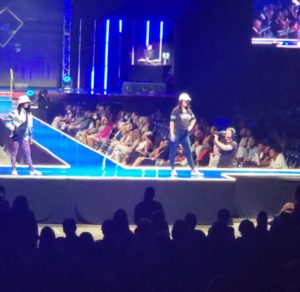 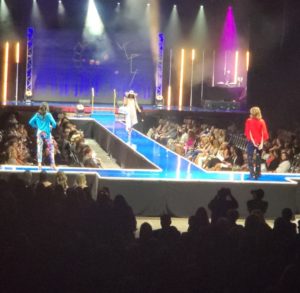 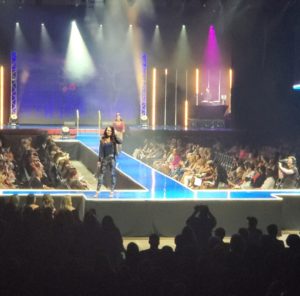 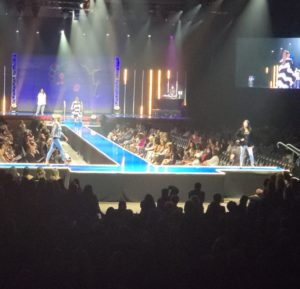 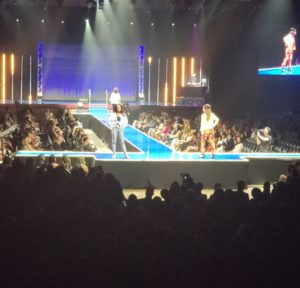 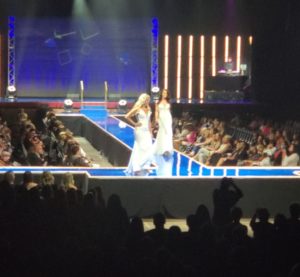 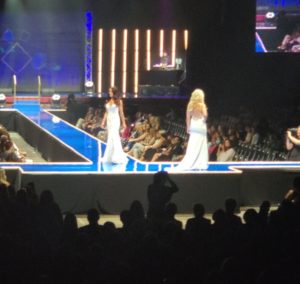 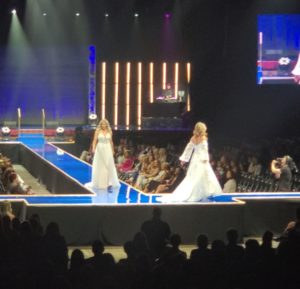 Music was also a big part of the fashion show. DJ E-V did his thing on the turntables playing a wide range of music. From female R&B group Jade who was popular in the early 90’s to The Bee Gees he kept the crowd entertained while the show’s models continued to showcase looks down the catwalk.

There was another musical element to the show. Siena Bella, the 19-year-old daughter of the aforementioned Schaefer, took the stage twice to perform some of her music which was highlighted by her new single “Lights Out”. 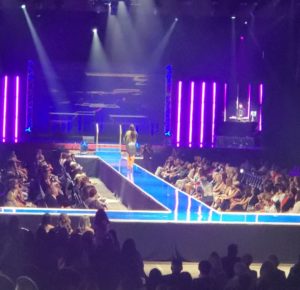 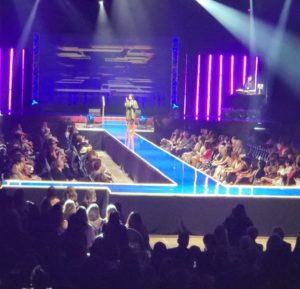 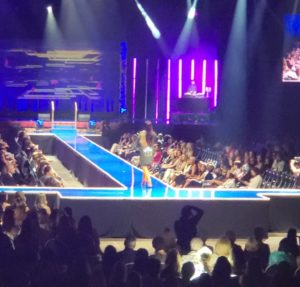 The tail end of the show featured more trendy looks from the models and a performance by the Cleveland Dance Project. However, what closed the event with a bang was Smokey Saratoga who stroked a guitar to Lenny Kravitz’s classic “American Woman while the models went down the runway waving flags dawning the stars and stripes. 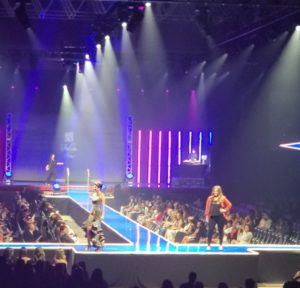 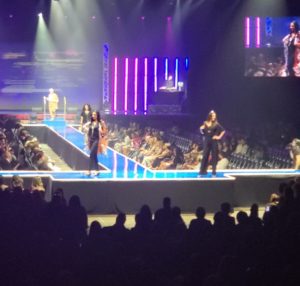 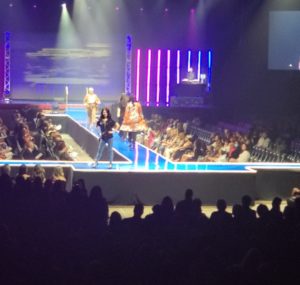 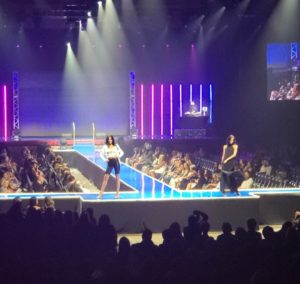 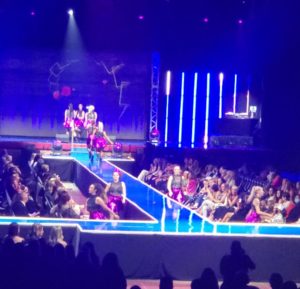 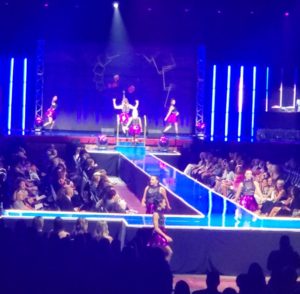 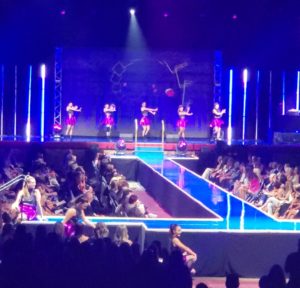 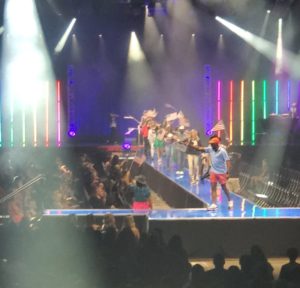 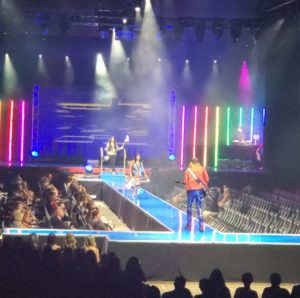 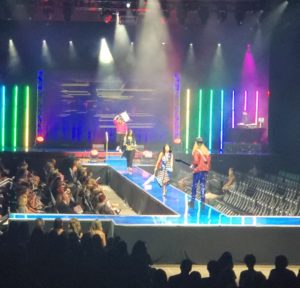 Lots of energy mixed with great fashion and music made the 58th annual Pro Football Hall of Fame Fashion Show a success. 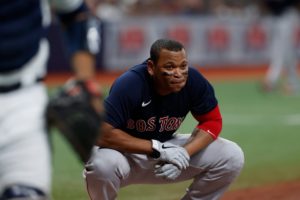 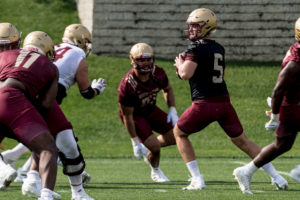