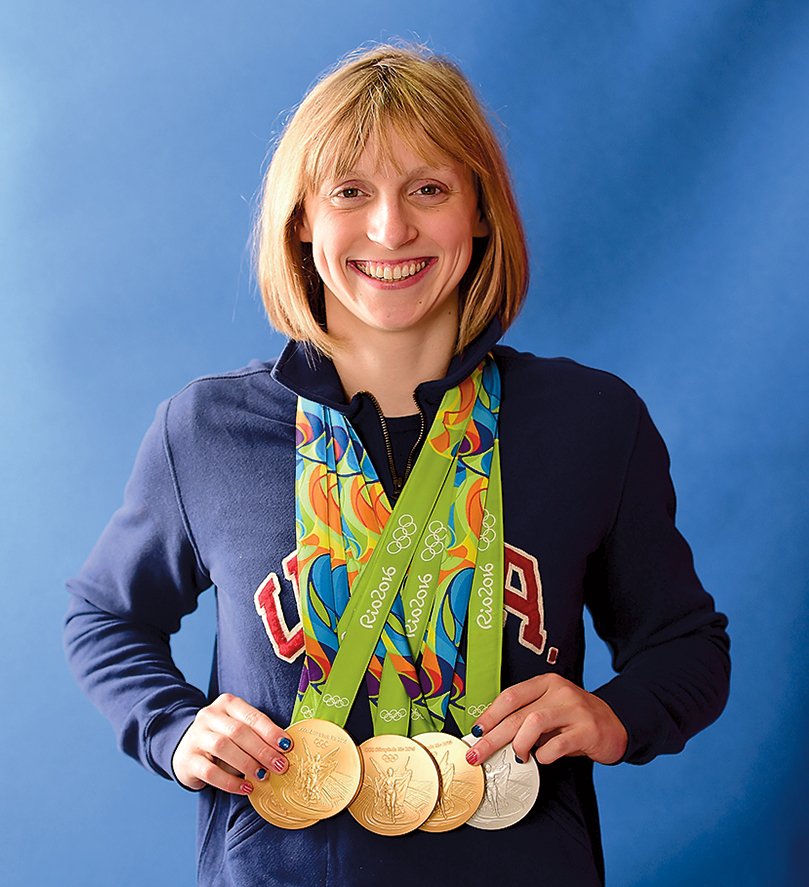 We see so many athletes who are arrogant, self-centered, and just not all that likable. Then of course there are the good ones. They’re cool, classy, and would never say anything arrogant or criticize anyone else. That’s Katie Ledecky. As great a swimmer as she is – the best woman of all time – she’ll be a refreshing personality this summer as we all gear up to watch the Summer Olympics in Tokyo.

She’ll just be a nice person. And a superstar who inspires us because of her prodigious talent. No woman in the history of the world has ever dominated swimming the way she has since she shocked the world at age 15 by winning the 800-meter freestyle gold medal at the London Olympics.

Since then, it’s been her absolutely crushing opponents in her races by biggest distances than even the greatest swimmer of all time, Michael Phelps. Katie doesn’t just win all the time; she’s a show unto herself, out there five and ten meters ahead in just about every event she swims. She’s won 5 Olympic Gold Medals and could win at least four more in Tokyo in the 200, 400, 800, and 1500 meter freestyle races.

But her great run and charming personality will now be tested like never before as she is facing more competitive pressure than she ever has.

In the 400-meter freestyle events this week at the Australian and U.S. Olympic trials, an Australian phenom named Ariarne Titmus posted a time 5 seconds faster than Ledecky.

This kind of stuff has almost never happened since Ledecky became the queen of women’s swimming in 2012.

Is this the end of the reign of Ledecky? Will Titmus steal the spotlight from her in Tokyo?

It’s possible. But if you’ve seen Ledecky swim, you know she’s unique. She sprints out in the first lap and never stops sprinting. So often, she’s swimming out in front all alone as if in a contest against herself.

Now the contest has become more interesting. The good news is we’re not going to be hearing Katie trash-talking this Australian woman. She won’t try to play any head games. She’ll represent the United States of America in a way all our Olympics athletes should represent us.

She’ll be gracious. She’ll prepare well. She’ll do her best.

And make all Americans proud of her no matter how many medals she wins in Tokyo.