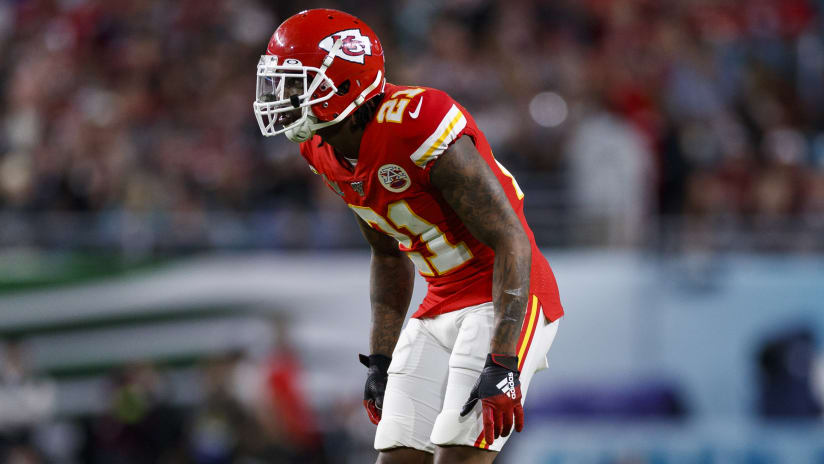 The Dallas Cowboys found their top cornerback of the future in the 2020 NFL draft when they selected Trevon Diggs 51st overall, and he responded by becoming the first rookie defender in team history to lead the team in interceptions (3) and pass breakups (14).

With Chidobe Awuzie and Jourdan Lewis set to be unrestricted free agents later this month, the Cowboys have some decisions to make at the cornerback position. Many believe the Cowboys will use a high draft pick on a cornerback in April’s NFL draft, but they could add some depth at the position in free agency. Nick Shook of NFL.com recently explored NFC rosters to find landing spots for free agents, and he has the Cowboys bringing in cornerback Bashaud Breeland who has spent the last two seasons with the Kansas City Chiefs.

“Dallas is currently slated to watch both of its starting corners walk in free agency, and while Anthony Brown and Trevon Diggs could end up being their starting duo in 2021, adding a veteran like Breeland makes sense, too. Breeland has bounced around the league, yet manages to provide solid play at the position and seems like the type of veteran the Cowboys typically pursue in situations like this.”

Breeland established himself as a very good NFL corner during his four-year stint with the Washington Football Team where he tallied eight interceptions and 60 pass breakups. After one year with the Green Bay Packers, he signed a one-year, $2 million dollar deal with the Chiefs in March of 2019. He had a good year with 48 tackles, two interceptions, eight pass breakups, two fumble recoveries, and a defensive touchdown.

He signed another one-year deal with the Chiefs in 2020 for $3 million. He vowed to earn his respect and a lucrative contract, however, his season got off to a rocky start with a four-game suspension for off-the-field matters. However, he was solid once again with 38 tackles, two interceptions, nine pass breakups, a forced fumble, and a fumble recovery in 11 games played.

The Cowboys could get Breeland on a one-year prove-it deal for minimal dollars. If the Cowboys draft Alabama’s Patrick Surtain or Virginia Tech’s Caleb Farley with the 10th overall pick like many believe, bringing Breeland in the mix would give the Cowboys a solid rotation at cornerback along with Diggs and Anthony Brown.