Everyone loves an upset but as a sports bettor, we’re looking for what we believe is the closest thing to a lock when we make a pick. With that in mind, let’s take a closer look at some of the favorites for this week of NFL action to see where the value is.

Saints Will Be Fine Without Brees

It isn’t clear how long Drew Brees will be out of the lineup but it’s very possible that we don’t see him until the end of the regular season. The Saints were in this exact spot last year when Brees had surgery on his thumb. They didn’t lose a game while he was out and this year they have a better backup than they did last year. That last statement will seem controversial to some but that is mostly based on biased opinions. 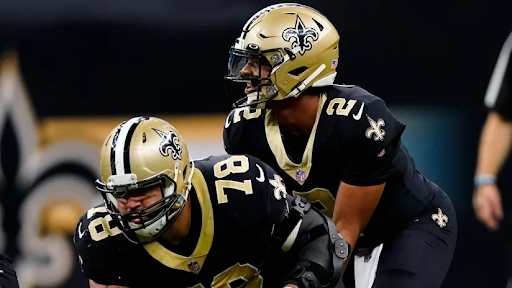 If you compare Teddy Bridgewater (Saints backup QB last year) and Jameis Winston, they are completely different types of quarterbacks. Winston’s ceiling as a player is so much higher than Bridgewater if we’re just talking about pure ability.

The problem is that Winston’s floor is also much lower than Bridgewater who you can be confident will make good decisions and protect the ball. If Saints coach Sean Payton can somehow get Winston to take fewer chances, the Saints should be just fine. Remember, even though Winton had by far the most interceptions last season, he still threw 33 touchdowns. On the season, 5.3% of Winston’s throws resulted in touchdowns which was 9th in the league just behind league MVP Patrick Mahomes who finished at 5.4%. The talent is there for the Saints and so is the defense, the coaching, and the proper culture. Other than Kansas City on December 20th, the Bucs can win all of their remaining games, starting with a Falcons team that has no identity. This line opened at -7.5 and now sits at -4.5 at most of the top online sportsbooks which is a great value.

Steelers Defense Too Much for Jags 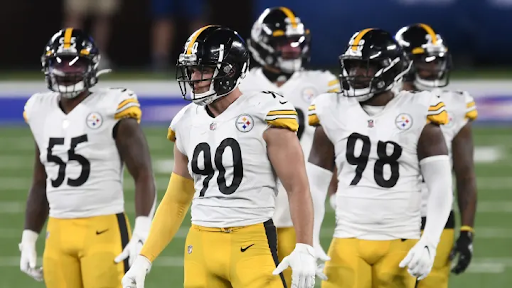 When betting on NFL games, laying 10 or more points is not something you want to be doing on a regular basis. In this specific matchup between the Pittsburgh Steelers and Jacksonville Jaguars, you should be laying 10 points with confidence. This line opened at Steelers -10 and hasn’t moved yet but if you like the Steelers, you should take them now because it is more likely that the line moves to 10.5 and 9.5 which is a key number. Taking the Steelers at 10 is fine, if you take them by 10.5, you basically need an extra score which in the NFL is not something that you can ever take for granted. So much so that if the line moves to 10.5 and you like Pittsburgh, you should buy it down to 10 points at the very least.

The reason you should be betting the Steelers with confidence is Jake Luton is the Jaguars starting quarterback at the moment. It’s too early to tell how good or bad Luton will be ultimately but it is fair to say that he will have a really hard time against the best defense in the league. The Steelers do everything well, especially stopping the run which is the one thing that the Jags do effectively. Once the Steelers stuff the run, it will put Luton in a position where he will be facing the best pass rush in the league. The Steelers’ aggression on defense will cause Luton all kinds of problems in what will only be his second game as a pro.

When the Raiders beat the Chiefs back in Week 5, everything went right for Las Vegas. The Raiders aren’t an overly aggressive offense, led by Derrick Carr who seems to love the check down more with every passing season. In the win over the Chiefs, he really let it loose and took some deep shots which ultimately led to the win. Getting swept by a division rival is not something you should expect to see happen to the Chiefs for at least a few more years.

All three of the teams chasing them in the AFC West are closer to being in rebuild mode than playoff contenders and that’s a problem when the best team in the division regularly challenges for the Super Bowl. The simple fact is, if the Chiefs had won the first game, this spread would be double digits. With that in mind, don’t miss out on this sale. This spread is not nearly high enough and you should be betting the Chiefs with a ton of confidence.

NFL: Josh Gordon is back for the New England Patriots

WR Michael Gallup is Primed for Another Productive Season in 2020