The University of Pittsburgh has a tradition of excellence in football that dates back to the early 1900’s. The Pitt Panthers have won nine National Championships and have had some of the greatest players in the history of football call Pitt their alma mater. Pitt has 25 members in the College Football Hall of Fame and nine have been enshrined in the Pro Football Hall of Fame. NGSC Sports brings you the best Pitt Game Day Guide you will find anywhere! This is where true Panther fans come to find out about Pitt and their upcoming opponent! Mike Drakulich (@PghSportsNation) brings you inside the huddle for both teams, providing all fans with a weekly game story, Pitt’s game plan for victory, score prediction, crucial game day information, and a detailed breakdown of each team. Heck, you’ll even know the weather at kickoff! The only thing you’re missing is a game uniform!

Some say too much of one thing may be bad overall.

The Pitt Panthers (4-4) have great depth at running back, but out of the five players that have seen the ball in 2020, none have stepped up to be the top guy in the Panther rushing attack.

“The problem you get into is there are only so many snaps,” Pitt RB coach Andre Powell said. “We’re probably the only team in the ACC that was rotating (four) backs. That’s because there’s no guy that’s just clearly better than the other.”

When you have too many horses in the stable, a few of them are going to get upset when their number isn’t called as much as they’d like it to.

“No matter how you slice it, at the end of the night, someone’s going to get (fewer) reps than someone,” he said. “There’s a potential for someone to get mad. ‘Why didn’t I play more?’

“I always respond the same: ‘Practice better. Play better. The more plays you make, the more you play.’ ”

With only three games left in the regular season for Pitt, Powell would like to see someone take the offense by the reigns and awaken his dormant Panther rushing attack.

Right now the opportunity will be given to Vincent Davis and A.J. Davis.

“It looks like Vince probably has the total package a little bit better than the rest,” Powell said.

Vincent Davis, a  sophomore, is Pitt’s leading rusher with just 313 yards in eight games. Senior A.J. Davis is 2nd  with 140.

Heading into week 10 of the ACC season, the Panthers are 13th out of15 teams in the ACC with an paltry average of 104.2 rushing yards per game.

“A.J., being the veteran who’s seen pressure for four years now, and Vince is pretty heads up, pretty tough and has pretty good fundamentals when it comes to pass protection,” Powell said. “Those two guys were the best at understanding all the pressures, how we adjust the protections to pick up certain blitzes.”

Powell would love to see more from junior Todd Sibley, redshirt freshman Daniel Carter, and freshman Izzy Abanikanda, but it appears that trio has their work cut out for them, and a lot to learn before they get their shot.

“We all wish they were All-ACC candidates, but they’re not,” Powell said. “So, we’ll just keep coaching and stay the course. This is why you’re not playing. This is what you need to do. Pretty simple. Until you do it, status doesn’t change as much.”

Pitt plays much better offensively when Kenny Pickett is under center. After a slow start, the Panthers tore Florida State apart and enjoyed their best game of the season in a 41-17 rout of the Seminoles. Now they face a Virginia Tech team that they historically play well at home against. The Hokies are built to run the ball, just as Florida State was, and the Panther defense is stout against the run giving up just 78.8 yards per game. Additionally, this is not your dad’s VaTech defense. The Hokies are adept at pressuring opposing quarterbacks and have 30 sacks on the season, but are allowing an astounding 451.4 yards per game and over 30 points on the scoreboard weekly. If Pitt can protect the ball and contain the Hokies rushing attack they will be the team leaving Heinz Field a game above .500, not a game below it… 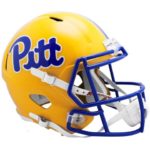 Scouting report: Kenny Pickett is the starter for the Panthers. He has been accurate with his passes and can take off with the ball when chased from the pocket. Pickett has 1,599 yards passing and eight touchdown passes. He has rushed for 132 yards.

The Panther rushing attack has depth, but no one has taken total control. Vincent Davis leads the team with 313 yards and four touchdowns. Davis also has 17 receptions for 104 yards. Israel Abanikanda is a special talent as a true freshman, but hasn’t gotten much time. He has 95 yards rushing and one touchdown. A.J. Davis is healthy again, but has just 132 yards on the ground. Daniel Carter and Todd Sibley have yet to contribute much this season.

True Freshman Jordan Addison leads the team with 52 receptions for 611 yards and three touchdowns.  Transfer D.J. Turner has 336 yards receiving on 21 catches. Expect action from a bevy of players, including Shocky Jacques-Louis (22-273-0), as well as Taysir Mack (17-248-2), who has stepped up his play after missing the first two games. Jared Wayne (11-204-1) and Tre Tipton round out the Panther weapons at WR.

Lucas Krull was hopeful to make a difference at tight end for the Panthers, but that has yet to come to fruition. Daniel Moraga is a the lone theat at tight end, and has caught four passes for 42 yards and a score.

Though the talent is there, this offensive group is prone dropping passes and committing stupid penalties.

Scouting report: Superb at pressuring the quarterback and even better and stopping the run. Patrick Jones II leads the team with 7.5 sacks and has 47 tackles. he is part of a stout defensive line that includes Tyler Bentley, David Green, Keyshon Camp, Devin Danielson, and Rashad Weaver.

FS Damar Hamlin leads the team with 67 tackles and has two INT’s. SS Brandon Hill has stepped into the spot vacated by Paris Ford and the future looks bright.

Pitt is tops in the nation with 38 sacks and they allow a paltry 78.8 yards per game on the ground. The secondary is prone to giving up big plays at times, as the corners are normally one on one vs opposing wide outs. That said, they play takeaway plenty, as evident of their 11 interceptions recorded.

Scouting report: Kicker Alex Kessman has been a headcase at times in 2020, going 14 of 20 in field goals, including making a 58 yard FG, but missing an extra point to tie the game vs Boston College. WR Jordan Addison is averaging 19.5 yards a return on kickoffs and 7.5 on punt returns. D.J. Turner is averaging 20.3 yards per return on kickoffs. 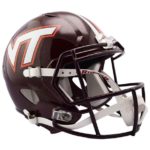 A look at the Virginia Tech Hokies

Scouting report: Hendon Hooker is a dual threat QB. Hooker has passed for 1,072 yards with seven touchdowns and four picks. He has been sacked 14 times. Hooker does the majority of his damage with this legs, gaining 574 yards on the ground and nine touchdowns.

Tre Turner is Hooker’s top target at WR with 28 catches for 430 yards and a score. Tayvion Robinson has 26 receptions for 372 yards and a pair of TD’s. James Mitchell provides a threat at tight end with 18 catches for 311 yards and four touchdowns.

Khalil Herbert is a beast at running back, chopping up foes for 852 yards rushing and six touchdowns. He also has six receptions for 121 yards and a score. Raheem Blackshear will get touches as well. he has 256 yards on the ground in 2020.

Scouting report: Remember those nasty Bud Foster defenses the Hokies had? Not happening this year. VaTech is allowing 451.4 yards  a game and 30.4 points per game to opposing offenses. DL Justus Reed leads the Hokies with 5.5 sacks, with the team bringing the quarterback down 30 times this season. LB Alan Tisdale leads the team with 79 tackles. DB Devine Deablo is dangerous with 57 tackles and two INT’s this year. 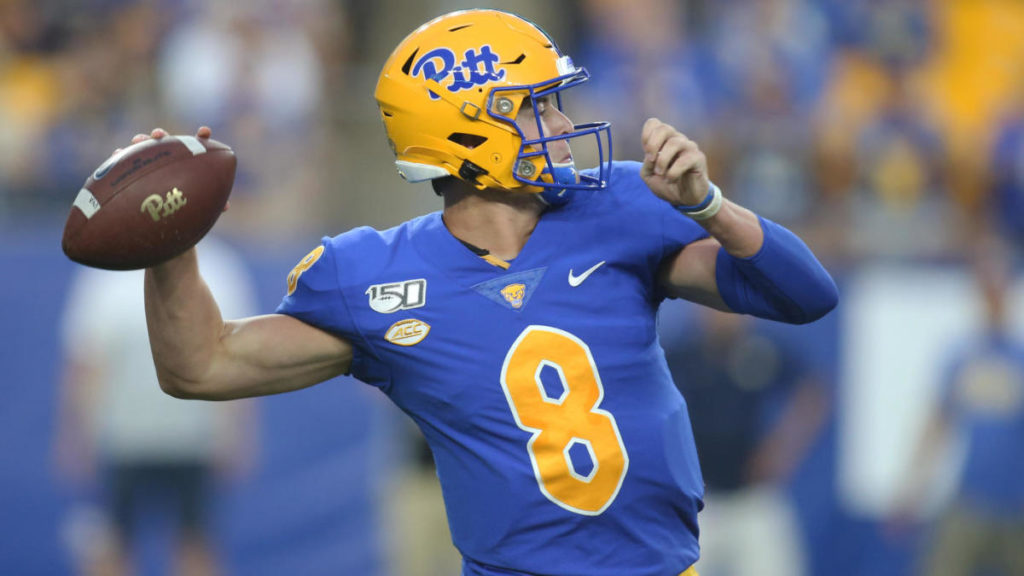 Pitt is 8-11 overall vs Virginia Tech 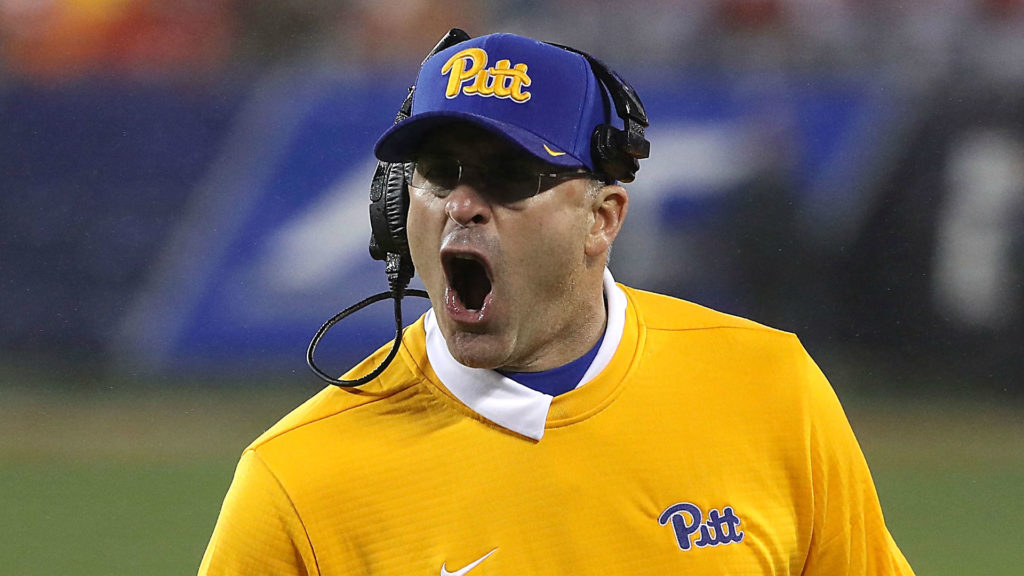 Boston College Eagles Walked Off for Second Day in a Row

BC Baseball Preview: Eagles Take on No. 1 Louisville

BC Football: Eagles in the NFL Week 2