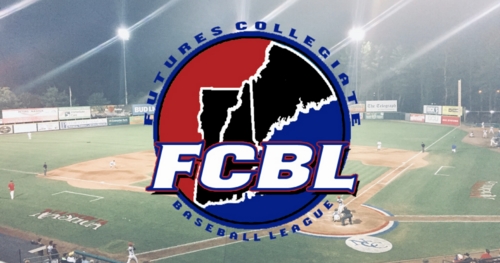 As the summer rolls on, so does the Futures Collegiate Baseball League. The league is ramping up its third week of play and the news is all good. There have been no problems as all games have been played as scheduled. The guidelines that the league put in place before anything got started seem to be working. The only issue is the lack of fans, but I digress. Good baseball is being played, so let’s give you another week worth of notes.

There is a change at the top of the standings as the Worcester Bravehearts have taken over. They have won two in a row and seven of ten to get them to 8-4. Their lead in the standings is a game and half over the Brockton Rox who have climbed into second place on the heels of a four-game winning streak. Brockton is now a game over .500 at 6-5. One team that is going in the wrong direction is the North Shore Navigators. After getting off to a hot start, they have cooled off having lost two in a row and seven of their last ten ballgames. They stand at .500 in the league with a 7-7 record. The other struggling team is the only one with an under .500 overall mark. The New Britain Bees have found the going rough so far having lost five in a row and eight of their last ten games. They find themselves at the bottom of the standings with a 3-10 record.

The Nashua Silver Knights, who have been better as the season moves along, boast the top hitter in the league. Jared Dupere is hitting .442 (19-for-43) and has at least one base hit in nine straight games. Jared has appeared in all ten games the Silver Knight have played but did not have an official at-bat on July 10 vs North Shore. That’s because he was hit by pitch in his only plate appearance which does not count as a time at-bat. Dupere is also leading the league in home runs with five and is second in RBI with 15. Jared has five multi-hit games already this summer including a four-hit game on July 9 vs Worcester.

Pitching may be the big reason why Worcester has jumped all the way to the top of the league standings. Brendan Desautels leads the league in wins with his 2-0 record. He has appeared in four games going a combine seven innings. Along with the two wins, he has a save to his credit. He has given up six hits and one earned run in those outings. Brendan is getting help from some of his mound mates. Right-hander, Angelo Baez, has a 1.20 ERA to go along with a 1-1 mark. In fifteen innings of work, Baez has shown great command of the strike zone striking out 21, while giving up no walks. He has allowed 13 hits in those innings which means he is a pitcher that is not afraid to pitch to contact. His last time out, on July 18 in a win over Nashua, he went six innings, gave up five hits and one earned run. He walked no one and struck out eleven in getting the 5-2 win. From the left side of the hill, there is Shawn Babineau. He is 1-0 with a 1.28 ERA in fourteen innings on the mound. Shawn has yielded two earned (both in his last start) all while allowing eight hits and striking out 15. He has issued six free passes and has gone at least four innings in three of his four appearances.

New Britain’s problems can be summed up to some extent on the bump. The staff ERA is 5.71 which is not very good at any level. They have allowed 121 hits in 115 innings pitched and 73 of the 89 runs allowed by the staff have been earned runs. Drew Mead has been the team’s best hurler with a 1-0 record with a 1.80 ERA. He has given up seven hits in ten innings with 13 K’s. His last time out, Mead was very good going seven vs the Navigators allowing four hits, two runs, with only one earned. He added ten strikeouts and two walks in notching the victory on July 14. The offense has had its struggles as well, hitting .244 as a team with 33 extra-base hits. The Bees have gone down by way of the K 153 times in 439 at-bats. They have also hit into 13 double plays. Andrew Cain has been the best with a bat in his hands hitting at .373 with a home run, nine doubles, and nine RBI. He has fanned twenty times in fifty-one at-bats However, he has hit in nine of the ten games played. Three of them being multi-hit games.

Next week, we will have more from the Futures Collegiate Baseball League.