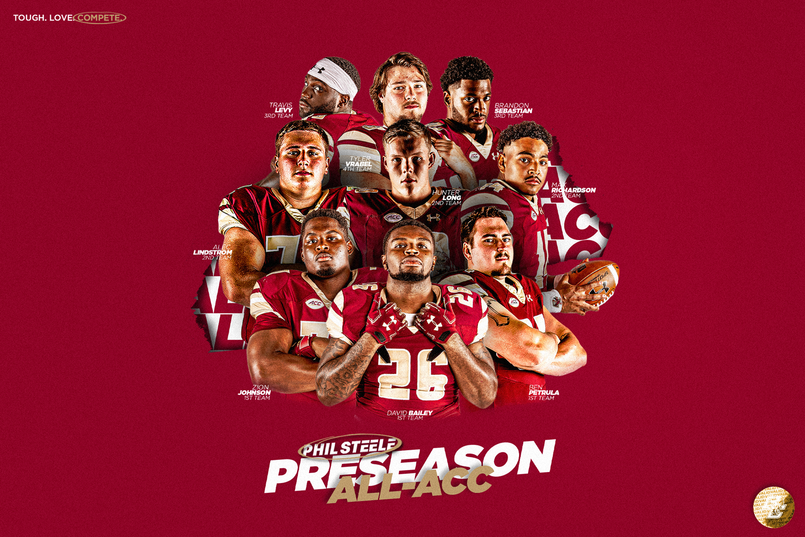 Johnson quickly blossomed into one of the ACC’s best offensive linemen in 2019 after transferring from Davidson. Johnson started seven games but played 90% of the snaps at left guard. A three-time ACC Offensive Lineman of the Week selection in 2019, Johnson was a key member of a BC offensive line that was among the national leaders in sacks allowed and rushing yards. He was named to the All-ACC first-team following the 2019 season.

Boston College junior running back David Bailey was named to the award watch list. The Maryland native is coming off a breakout 2019 season in which he was named All-ACC honorable mention after leading the Eagles with 5.7 yards per carry. 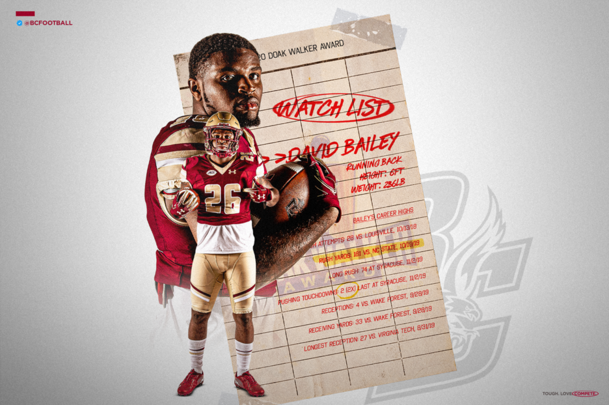 Last season, BC’s AJ Dillon was a semifinalist for the Doak Walker Award.

Bailey finished the season with 844 rushing yards on 148 carries in 13 games, including one start. He scored seven touchdowns on the ground, passed for one touchdown and scored another through the air. The multi-dimensional back also caught 10 passes for 94 yards.

The PwC SMU Athletic Forum Board of Directors will name ten semifinalists in November, and three finalists, as voted on by the Doak Walker Award National Selection Committee, will be announced in November. The committee will cast a second vote in December to determine the recipient. The National Selection Committee consists of past recipients, former NFL All-Pro and college All-America running backs, media members and selected special representatives.

The recipient of the 2020 Doak Walker Award will be announced live on The Home Depot College Football Awards.

The award is named for SMU’s three-time All-America running back Doak Walker. It is the only major collegiate award that requires all candidates to be in good academic standing and on schedule to graduate within one year of other students of the same classification.