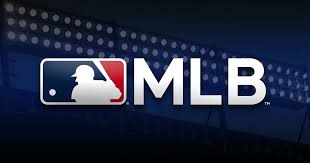 I was posed with a question the other day or better yet I heard it on the radio. The question was what would happen in someone in the MLB hit .400 this year? Would there be an asterisk next to it? It would be amazing no matter if the season was shortened or went the full extent. In the history of MLB, there have only been 20 players to finish a season with a .400 batting average. The last one being Ted Williams in 1941 with the Boston Red Sox. That season there were 150 plus games. It might have been the most magical season of all time. Outside of Williams, Joe DiMaggio set his 56 game hitting streak that year. Hitting .400 is not an easy task. We all know that the MLB season will be shortened this year due to the coronavirus.

If a player does it in 2020 that would be great for baseball considering how this year has gone. To hit for that average in fewer games would be amazing. If they want to add an asterisk to it than it should be pandemic not because of how many games are played. Baseball is having issues with getting their season underway because of economic issues. When it went on strike in the 1994 season it was Mark McGuire and Sammy Sosa both juicing and hitting many home runs. McGuire broke Roger Maris’s single-season home run record. Both players made baseball fun again. It will take something like that to get people to talk about baseball again. I am not saying that cheating was the right thing to do. The two teams that will probably be the happiest if the season starts are the Houston Astros and Boston Red Sox.

The Astros and Red Sox were both caught cheating. I don’t believe that the fans will forget no matter when the season starts. I think that seeing home runs and hitting for a great average might save baseball. The MLB CBA ends in December 2021. That means what is currently happening now will be again at that time. MLB does not need another work stoppage. Many of us know that the World Series has lost ratings over the years while the Super Bowl has gone up in ratings. The fans are also tired of seeing them fight over money. I am hoping that we see more than one player hit for .400 this year. It will make people talk about baseball again instead of cheating scandals and money fights.

In the end, most likely an asterisk would be placed if it is done. There are many of those in sports. It would still be great for the game of baseball. Let’s just hope we see a season. It will not be good for MLB if they don’t play.

MLB is changing some rules and one might be a league-wide designated hitter. Won’t that be fun to finally see that in the NL? Let’s hold our breaths and hope the players and owners can agree on a deal to get the season underway.