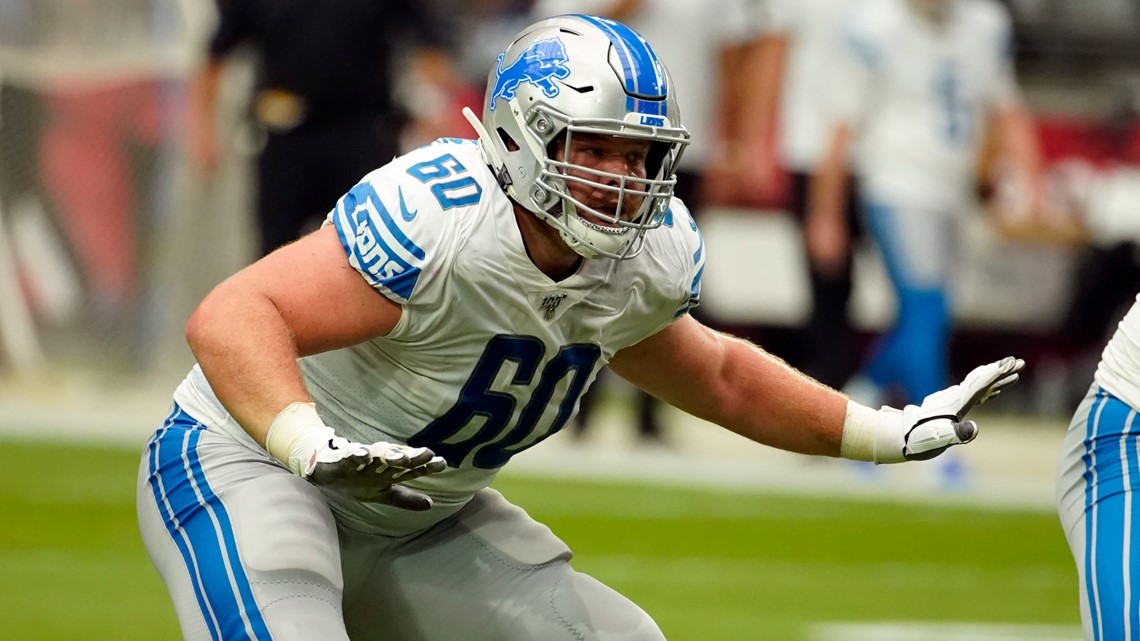 Offensive linemen have never been sexy. These massive men are referred to as Big Uglies, Hogs, Ground Chuck, you name it. Although these dudes don’t get the love they deserve, an NFL offense amounts to nothing without these giants upfront.

Most likely the weakest link offensively or defensively for the AFC West’s Denver Broncos, the organization was in desperate need of O-Line talent and leadership. The free-agent acquisition of guard/ center Graham Glasgow during the offseason should bolster the interior of Denver’s front. After being gobbled-up with the No. 95-overall selection by the Detroit Lions in the 2016 NFL Draft, this is the first time Graham’s played pigskin for a team outside the state of Michigan since high school.

Officially a newbie to the Broncos’ roster, Glasgow will be squeezing his 6-foot-6 and 310-pound frame into Orange and Blue. Wearing No. 60 as a member of the Lions, helping protect quarterback Matthew Stafford & Co., Mr. Glasgow now gets the privilege of wearing the same jersey number he did at the University of Michigan. During his four seasons as a Wolverine in Maize and Blue playing in “The Big House” in Ann Arbor, MI, Graham donned No. 61. He’ll get that chance once again in front of Broncos Country in the Mile High City.

With a new four-year, $44 million contract in hand, that aforementioned talent and leadership needs to pay dividends immediately. With the sexiest position in Denver, one of the major issues Broncos’ QB Drew Lock faced in his five starts at the end of last year was relentless interior pressure. Glasgow certainly helps plug a hole in that department. More than likely starting at right guard in Denver, Graham also has the versatility to play center and left guard. Now that former LSU Tigers’ center Lloyd Cushenberry III is in the fold after being taken No. 83-overall in the third round of April’s draft, things are beginning to materialize on the Broncos’ interior O-Line.

Dalton Risner, at the LG position, will reap the benefits of Mr. Glasgow’s presence in his second season as a pro. Albeit not very high because of his build, rookie Mr. Cushenberry III is jumping for joy with Graham’s accolades. As for Mr. Lock, he should be straight-up ecstatic. Glasgow gave up a big goose egg with zero sacks allowed in Detroit last season. Denver’s wide receiving corps are feeling a lot better as well. Due to the fact that Mr. Glasgow is exceptional as a run blocker, running backs’ Phillip Lindsay and Melvin Gordon III won’t have a problem with this addition either.

Weak toting the rock to the right side a year ago, the Broncos will get Glasgow’s well-rounded skill set to open up that area of the field. He’s started in 58 of 62 games played in his NFL career. Keeping in mind that he didn’t start his first four games as a rookie, those numbers clearly show that he’s a reliable fixture. Graham’s post-snap quickness, raw power, balance, arm and hand technique, and leadership qualities entering his fifth season in the league give Denver a gargantuan upgrade along the interior line. Expect Cushenberry III to start at center in 2020. Risner and Glasgow will anchor Lloyd’s left and right.

These gentlemen are definitely not sexy, but an NFL offense can’t produce without a solid offensive front. With a plethora of playmakers at all the glamorous skill positions, along with the free-agent pick-up of Graham Glasgow, the Denver Broncos will have the ability to generate more offense during the upcoming 2020 season.