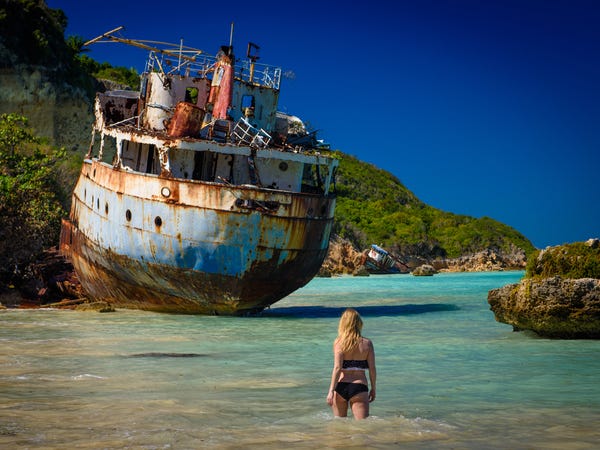 Say goodbye to these sophomoric sailors, all card-carrying members of the Sammy Sportface Baby Boomer Brotherhood.

Out on the water, they will ride today into the filthy fungi of the Bethany Beach Bay abyss. Foul language will fly through the air. Sins will be committed.

Rudyface will be there running his big mouth like he has his entire life. We will all have to listen to him criticize and manipulate, humiliate, and cajole.

Around the boat we will go, brother after brother, guestimating the size of Head’s Head. Is it bigger than the circumference of Chevy Chase Circle?

Is it the size of Chicago?

Is it the biggest head in the history of mankind?

Somebody invited Gil. Who was that? Throw him overboard. The dude refuses to own his childhood madness. He thinks he can be boring in middle age and that will make his past disappear from our memories.

That’s not possible because we were all severely traumatized being around him as kids. Every day of our lives we have had to cope with how Gil affected us.

Smoking thousands of cigs didn’t help him catch up to Sportface’s fastball though. One time at Our Lady of Mercy in 1975 he stood at the plate in blue jeans and a cut-off undershirt with a cig in his mouth. The other 11-year-olds wore Little League uniforms. Whit postured as if he expected to jack Sportface’s ball to Frederick.

He had hit puberty at 9 years old, a few weeks before even Sportface. The other kids at the game including Rudyface didn’t reach puberty for three more years except for Spoogface.

Sportface fired one at 98 miles per hour. Whit popped it up. The ball went up millions of feet and scraped the moon. From centerfield, Rudy yelled at his teammate: “Damn, Chuck, that lunatic St. Ann’s kid rocked you to the moon.”

Onward we will ride on the fungus bay arguing whether Whit started puffing Camels in sixth or seventh grade.

Mayhem will begin. Personality conflicts will take over. The boat will capsize. The Bethany Beach News will interview Sportface about the incident:

“Things got ugly on the boat,” he said. “The trouble started when Rudy started insulting everybody. It ended with us heaving each other in the drink. We all worked together to capsize the boat. None of us wanted to be together for a boat ride anyway.”

Whit, annoyed his boat was ruined, swam back to shore and lit up a Camel.

“This is a big blow to the Sammy Sportface Baby Boomer Brotherhood,” he said.

“Who cares?” asked Rudy. “Sammy Sportface was a boondoggle from the jump. This booze cruise travesty should put the nail in the coffin of the Sportface enterprise once and for all.”