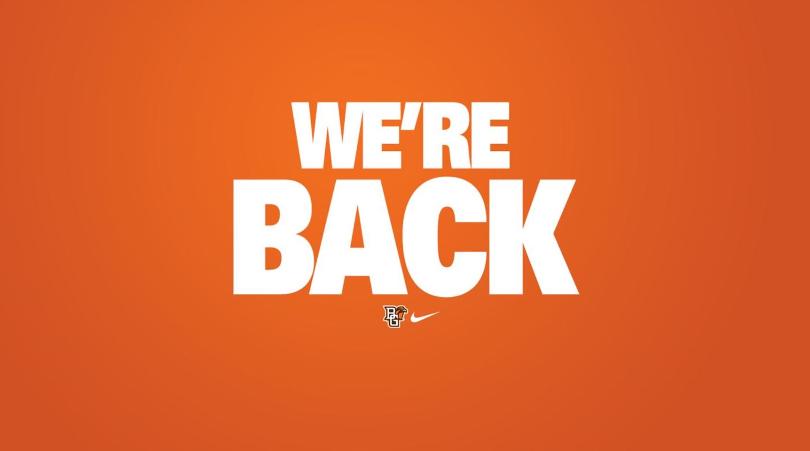 A couple of weeks back, I wrote of the demise of a Division One baseball program. At that time, it looked like the beginning of more schools doing the same because of the health crisis that the nation has been dealing with since early spring. There is good news to this story as Bowling Green announced that Green Falcons baseball is back. How did this happen you ask? With the help of some alumni who stepped up and help raise the money that was needed to bring baseball back to the school. Some of those people included former Major League pitcher Orel Hershiser.

Those alumni helped bring $1.5 million dollars to the program. The money will take care of the existing debt and help with keeping the program going for the next three years. During that time, the school hopes they will be able to come up with a long-range plan to keep Falcon baseball going for the long haul. This took about three weeks to put together and get executed. It goes without saying how happy everyone is. At the top of the all smiles list is A.D. Bob Moosbrugger, who a few weeks back had to make the difficult announcement that the program was coming to an end. That moment was made even harder by the fact that Moosbrugger is not only the A.D. by was also a one-time member of the Falcons baseball team.

The program will not only get a new life, but also new direction too. Danny Schmitz, who for the past thirty years has been the head man of the team, has stepped down from those duties to take another role. Schmitz’s duties will be centered around more of the behind the scene than on-field direction. During Schmitz’s time on the bench with the Falcons, he became the school’s all-time leader in wins. He was named MAC conference coach of the year three times and took the team to the NCAA tournament on three different occasions. The interim coach is Kyle Hallock who played college ball at Kent State. This will be Hallock’s first head coaching chance after spending the past five years as a pitching coach. The first four at Malone University and this past one working with the Bowling Green pitching staff.

The first order of business for Hallock and his staff will be putting a team together. When the program was cut, all the players were given the opportunity to enter the transfer portal to find there next home. Six players have already found new homes while the remaining 29 are still in the portal. Burning the midnight oil and making some calls or leaving text messages seems like a wise next move. Putting a team together from scratch at this late date could be harder than you think.

For now, the news is all good at Bowling Green. So let’s hope the new chapter in Falcons baseball is just as good.