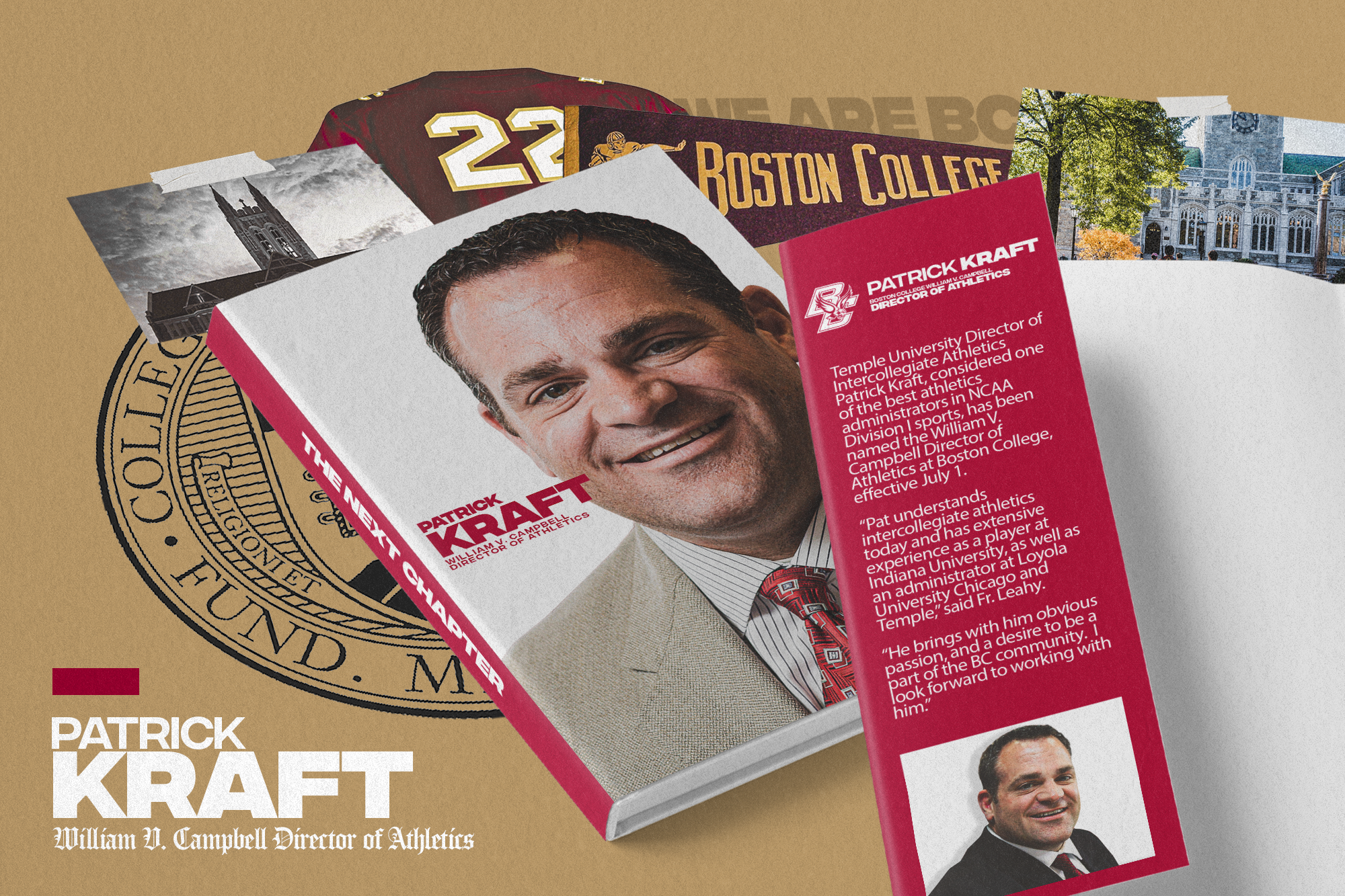 Kraft, who has been credited with transforming Temple’s athletics program through new coaching hires, investments in facilities, and a focus on student-athlete welfare and improved classroom performance, succeeds Martin Jarmond, who was named the director of athletics at UCLA in May.

As director of intercollegiate athletics at Temple, Kraft directed a $59 million budget, a department of 180 employees, and 500 student-athletes in 19 sports that compete in the American Athletic Conference, the Big East Conference, and the ECAC.  He was responsible for all facets of athletics administration, including academics, NCAA Title IX compliance, diversity, finances, and athletics, and led the hiring of new head coaches in football, men’s basketball and men’s and women’s soccer and field hockey.

Kraft also led an effort to improve student-athlete classroom performance that resulted in a 2018-2019 NCAA Academic Performance Rate of 993, fourth among Division I FBS institutions, followed by a school record 90 percent Graduation Success Rate for 2019. He led planning and fundraising efforts for more than $55 million in construction and renovation projects, including the Temple Sports Complex for men’s and women’s soccer, field hockey, lacrosse, and track and field, enhancements to locker room facilities for all 19 sports, an all student-athlete lounge, multiple student-athlete nutrition centers, and updated practice facilities for several sports.

University President William P. Leahy, S.J., praised Kraft as a person of integrity and accomplishment who is well suited to lead BC Athletics.

“Pat understands intercollegiate athletics today and has extensive experience as a player at Indiana University, as well as an administrator at Loyola University Chicago and Temple,” said Fr. Leahy. “He brings with him obvious passion, and a desire to be a part of the BC community.  I look forward to working with him.”

Kraft said that he was humbled to be named the next director of athletics at Boston College and was eager to begin his career at the Heights.

“I am truly honored to be selected to serve Boston College as the steward of such a great intercollegiate athletics department,” said Kraft. “The core values of Boston College are in alignment with how I live my life and how I approach my job, creating world-class experiences for student-athletes with the utmost of integrity, character, faith and love. We will compete for championships, we will continue to graduate young men and women who will go on to change the world, and we will represent BC with pride.”

Kraft and his wife Betsy are the parents of two children: Annabelle (6) and Joseph (4).

“Pat distinguished himself in our search with his commitment to the mission and values of Boston College,” said Vice President for Human Resources David Trainor, who led the search process. “His efforts and results as the athletics director at Temple are notable and impressive. I wish Pat a long and successful career at Boston College.”