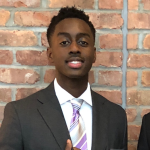 “WHY NOT”? Those are the two words that are read across the class of 2020 #1 nationally ranked prospect guard Jalen Green as he brought up the ball for Russell Westbrook’s Team Why Not during 2019 annual Nike EYBL Peach Jam. The freakishly athletic guard recently decided to forgo his college opportunity and jump straight into the G-League pathway to the NBA. The NBA/G-league developmental program provides Green and future highly touted prospects the option to jump right into things facing other professional players as they sharpen their skills and raw ability. Going forward, this won’t be the only immediate change college basketball will be undergoing starting in the upcoming 2020-21 season.

Recently there has been a discussion amongst the NCAA Division I council about the idea of allowing a one-time transfer waiver that would allow both undergraduate men’s and women’s basketball players to transfer and not be required to sit out a year. If the one-time transfer legislation is granted, it’ll inevitably change the landscape of college basketball. Four and five-star prospects would now be given the opportunity to instantly start fresh at a new institution if things were not progressing where the prospects initially committed. Jahvon Quinerly, who was a McDonald’s All American and New Jersey Gatorade POY, was one of the most skilled scorers in the country heading into his freshman year at Villanova. He’s been a recent afterthought since he battled inconsistent playing time under head coach Jay Wright and decided to enter the transfer portal following the 2018-19 season. The talented Quinerly found himself at home with the Alabama Crimson Tide, but under the eligibility policy, he was required to sit out the following season.

We’ve normalized this eligibility ruling and transfers have been forced to accept the fact that they’ll have to sit out. But with more elite HS prospects now entertaining the G-League/NBA/overseas route, does this current transfer eligibility ruling really help the future landscape of college basketball? Obviously, there’s more to just roster spots when it comes to transfers such as academic requirements and guidelines but we can’t forget those that are already sitting out with the optimistic feeling that they won’t be required to sit out a year. This will result in a lot more waiver applications as the COVID-19 pandemic has affected school’s recruiting of the next class of players and may play a factor in whether or not the NCAA will be more lenient in granting players’ wishes.

This recent uprise of five-star recruits and mock draft prospects controlling their destinies definitely will have an impact on the college basketball talent pool. If guys like Jalen Green, Lamelo Ball, and RJ Hampton have success moving forward transitioning into the NBA, then there should only be a positive trend in more highly touted HS stars passing on the opportunity to play for the big blue blood schools and instead choose the professional development path. 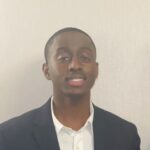