The top players in the North Shore franchise’s Futures League history ― dating back to 2012 ― earned spots on the All-Decade rosters. The All-Decade First and Second Teams both include a nine-man starting lineup, one utility player and nine total pitchers.

On the pitching side, Marblehead’s Beau Dana (Dickinson) anchors an outstanding bullpen along with fellow former FCBL All-Star and Relief Pitcher of the Year Speros Varinos (Tufts, 2015-16). The rotation includes two more of North Shore’s most recent aces in Austen Michel (Dartmouth, 2017) and Shayne Audet (New England College, 2018), who were, respectively, the FCBL’s Pitcher of the Year and strikeout leader during their summers in a Navs uniform.

Landry, DiFranco, Varinos, and Gruntkosky all finished multi-year Navigator careers with a 1.89 ERA or lower. Gruntkosky and Landry both played one season in the New England Collegiate League before the Navs made their Futures League debut in 2012.

The positional lineup also includes former FCBL Top Pro Prospect Sal Frelick (Boston College, 2018) as a utility player. Frelick hit .361 while splitting his time between the infield and outfield. Designated hitter Alex Brickman (Siena/St. Petersburg/Dayton, 2016-17) has more home runs (11) than any multi-year player in franchise history and his 41 RBI from 2017 still stands as the team’s single-season record. Frelick and Brickman both debuted as rising college freshmen. 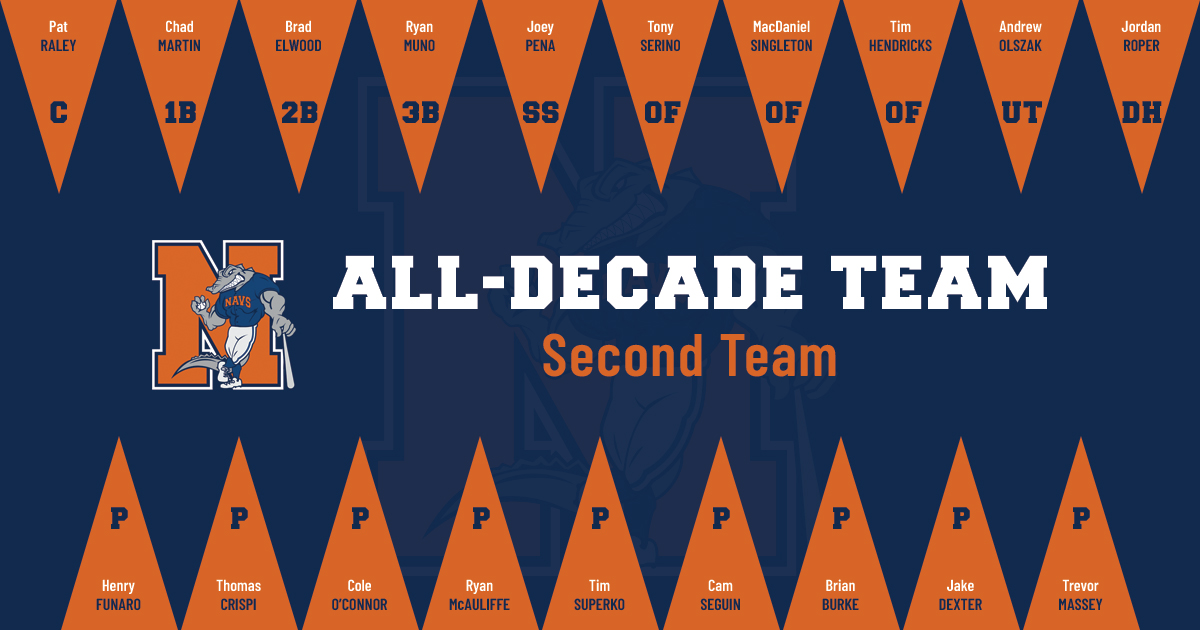 Four of the nine pitchers began their careers as rising college prospects including current UMass Lowell teammates Henry Funaro (2017) and Cam Seguin (2019). Funaro held opponents to a .177 batting average over 32.2 innings and earned a perfect 4-0 record as a Nav while Seguin was named the Most Outstanding Pitcher at last summer’s FCBL All-Star Game.

Swampscott’s Brian Burke (Curry, 2016) and Trevor Massey (2014-15) both earned All-Decade pitching nods. Rounding out the Second Team is Jake Dexter (Southern Maine, 2016) who spent a year pitching in the Los Angeles Angels organization after developing into one of the top closers in Division 3 history.

The Navs are now preparing for the 13th season of collegiate ball at Fraser Field and their ninth in the Futures League. The 2020 opener is scheduled for Wednesday, May 27. Until then, stay up to date on the latest Navs news by visiting nsnavs.com and following us on Facebook, Twitter, and Instagram.

BC Bats Heat Up Despite Cold Temperatures

BC Mourns the Loss of Pete Frates