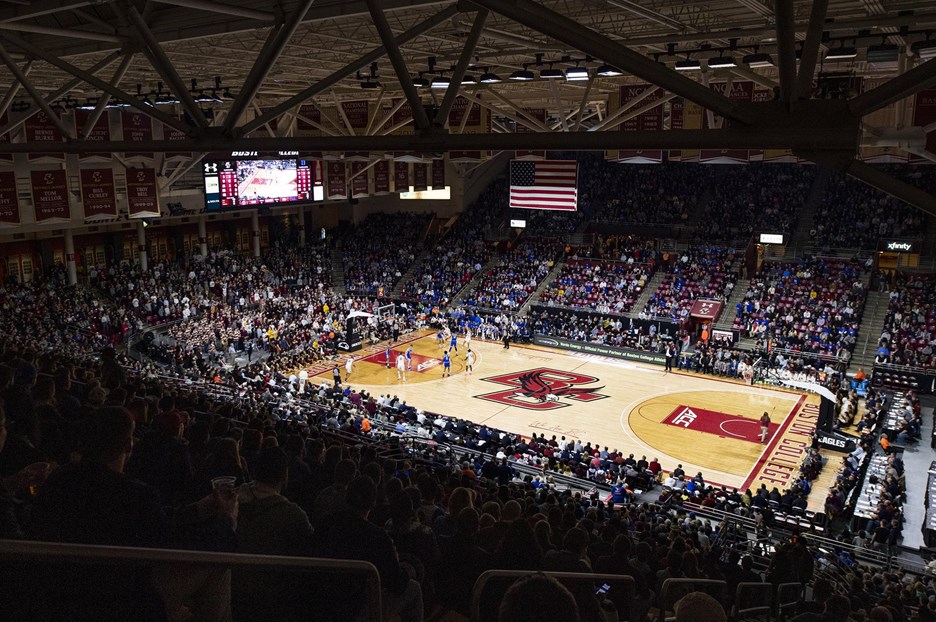 Kelly and Scott signed their athletic grant-in-aid paperwork and will join the Eagles’ men’s basketball program for the 2020-21 season as graduate transfers.  Kelly is scheduled to earn his undergraduate degree from Quinnipiac, while Scott is slated to earn his degree from Rider.

“We are thrilled to welcome Rich and Frederick to our basketball family,” said Christian.  “They are two highly-talented, highly-experienced players who play the right way.  They will fit in well with our style of play and will help improve our team.”

For his career, Kelly has totaled 1,210 points – including 196 3-point field goals-and 407 assists.  He has made 38.7% of his 3-point attempts and 84.1% from the charity stripe in his 89-game career.  He earned Second Team All-Metro Atlantic Athletic Conference and MAAC All-Academic honors in each of his past two seasons with the Bobcats.  As a freshman, Kelly was a MAAC All-Rookie team selection.  He played as a prep at Montverde Academy in Florida, Fairfield Prep in Fairfield, Conn., and Cheshire Academy in Cheshire, Conn.

“Rich is an efficient playmaker, an underrated scorer, and one of the elite shooters in college basketball,” Christian added.  “He will be able to step in and contribute at both guard spots for us.”

This past season, Scott logged five games with at least 20 points, including a pair of 25-point performances vs. Vermont and at Manhattan.  He scored at least 20 points in all four of his double-doubles in 2019-20.  He earned All-MAAC Third Team honors in each of his previous three seasons at Rider.  Scott was the MAAC’s Sixth Man of the Year award winner in 2017-18.

“Frederick can affect the game inside and out, scoring at the rim and beyond the arc.  He is also tough to keep off the glass, especially on the offensive end, and that will complement our roster greatly,” Christian added.